Two takes on Radiohead's The King Of Limbs 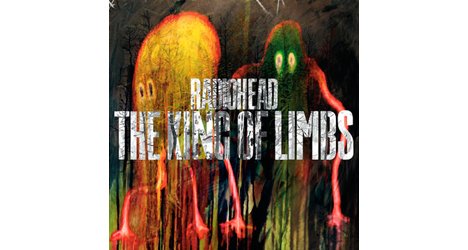 Radiohead decided to drop the digital version of their eagerly anticipated new album The King Of Limbs a day early, so music critics all over the world are scrambling to post their first reactions today. What does NOW think so far?

It’s clear that Radiohead wanted to make an album that brought together experimental techniques, contemporary dance music trends, Afrobeat rhythms, dub and post-rock. It’s also clear that they did not want to make anything resembling a pop/rock album, and aren’t too fond of writing choruses anymore. There’s nothing wrong with any of that, but unfortunately, they’re just not pulling it off.

It sounds like they got stoned and drunk, and then recorded themselves jamming for a couple days. Then they got wasted again, and tried to edit the mess of fragmented ideas into an album, and piled a bunch of effects on everything. The sense I get is that partway through mixing they became overwhelmed, and just gave up (although I’m sure they see it differently).

The biggest problem is the lack of actual songs, and the limited bag of tricks they bring to the table. The formula seems to be to just drop a bunch of echo on everything and hope for the best, but the results sound sloppy and unfinished (and not in a good way).

It’s not until halfway through the album that we get anything you could sing along to, although there’s plenty of heavily processed tuneless moaning from Thom Yorke on the first half, if you’re into that kind of thing.

I’ll give them credit for putting together a fairly unique sounding record, but I can’t imagine a situation where I’d actually want to listen to it. There are some good ideas here, but few actual songs, and the computer trickery just isn’t as cutting edge as they imagine.

Maybe they shouldn’t have rushed it out so quickly?

Get the new album here.

Radiohead famously threatened to NME back in 2001 that by the next time we heard from them, they would have transformed into something fully unrecognizable. That was in response to some unfavourable opinions and reviews of the more abstract and electronic influences on their twin albums Kid A and Amnesiac, so it’s funny that The King Of Limbs remind me most of the b-sides that appeared on the singles from those earlier albums.

It’s a shame now to think that jangly gems like Kinetic and Fasttrack were reduced to B-side status then, as they would have fit quite comfortably on this album. It seems Radiohead were in fact ahead of themselves, in addition to being ahead of the rest of the world. Guitars have very clearly taken a back seat on this one, which stirs memories of a time when Radiohead were struggling to get away from traditional guitar-based music and slip into the Warp records catalogue they loved so much. The King of Limbs does so unabashedly, albeit with no sign of a struggle anywhere in sight.

The songs are loose, which lets the band’s current interest in dubstep and electronic music like Burial and Flying Lotus rise to the forefront (Thom Yorke has collaborated with both in recent years). Radiohead manage to take these influences and reinvent them into a newness that only they seem to be able to achieve in popular music, and easily avoid sounding like a xerox of something the young folks are doing.

Radiohead’s quality control remains consistent, and they’ve avoided the trap of transforming themselves simply out of boredom with their own music making. The King Of Limbs is fucking brilliant.