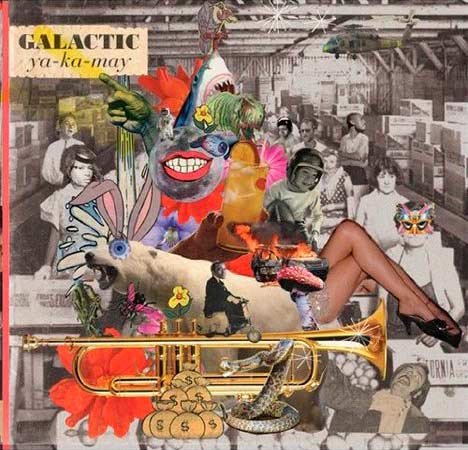 Galactic’s Ya-Ka-May works as a concept album, but its execution ranges from grating to tolerable. By meshing together 200 years’ worth of New Orleans music – revival, big band, funk, blues, bounce rap (sometimes all in one track) – the five-piece band manages to strip most of the charm from each genre.

The fact that they’re trying to synthesize NOLA’s entire musical history into a marketable sound gives the disc a self-important feel, even if their intentions are sincere. There are, however, a few redeeming qualities. Speaks His Mind, with Walter “Wolfman” Washington, is an effective bluesy track, and Galactic get points for featuring prominent bounce figures like Sissy Nobby and Cheeky Blakk.