Ghostdini: The Wizard Of Poetry In Emerald City (Def Jam) 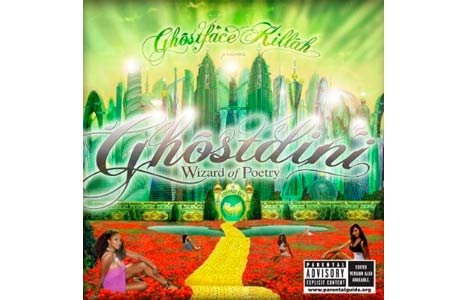 Ghost’s 2006 Fishscale rightfully made him the toast of the blogosphere, university dorm and wherever else music nerds hang out. Since then, he’s devoted his energy to pleasing that left-of-centre in-crowd, abandoning his rap followers on the street corner. This new album, his dewy-eyed take on lusty R&B, is the absolute nadir of his career.

Indie critics love his off-key crooning, so he’s given them a faux R&B album. Further celebrated are his eccentricities, like rapping as SpongeBob, so here’s a nonsensical, Oz-themed title and cover art that have nothing to do with the songs. And though Ghost thrives on ultra-detailed drug tales mixed with sex talk and alpha machismo, he rarely broaches those subjects here.

All the more frustrating is the fact that Ghost’s guest verses on the new Raekwon album are stone-cold incredible. Clearly, he can still rap, but only when his audience isn’t looking.