The State Vs. Radric Davis (So Icey/Asylum/Warner) 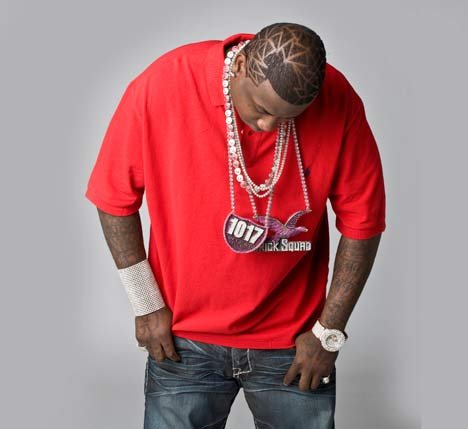 The State Vs. Radric Davis should be retitled The Brrrprint, after his trademark “brrrr!” exclamation. Like Jay-Z’s The Blueprint, it’s a career-defining masterpiece. Gucci’s opus isn’t one man’s dark battle against authority (he’s currently serving time for probation violation), but a celebration of vitality, full of mush-mouthed descriptions of the Atlanta rapper’s (born Radric Davis) insatiable lust for life, alcohol, drugs and strippers.

While Jay-Z and other of-the-moment rappers wear hard-to-pronounce designer names and drink high-end white wines, Gucci’s interests are more carnal. He drinks a bunch, goes to the gentlemen’s ballet (affectionately called the “skrimp club”) and feeds drugs and drinks to friends and strippers. One song is simply about the colour yellow.

Mix this lovable simplicity with brilliant guest turns by Cam’ron, Lil Wayne and Rick Ross, amazing production by the Runners and Bangladesh, and Gucci’s exhilarating turns of phrase, blunt humour and excess charisma and you’ve got rap’s album of the year.