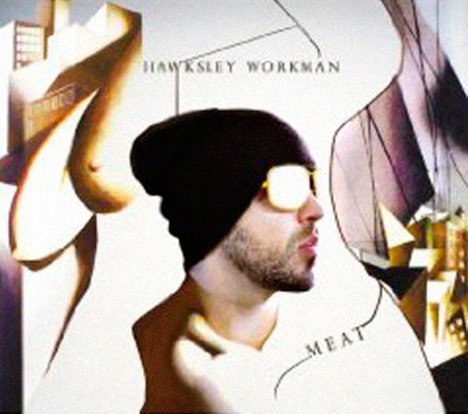 Frankly, we didn’t really think Hawksley Workman had it in him. For a while now, he’s been content as a solid but kind of dull singer/songwriter. Not the worst goal to have, and it’s served him well commercially, but the quirkiness that first garnered him acclaim was settling further and further back in the mix.

On Meat, however, Workman has returned to being a bit of a weirdo, and this is good news. Sure, at times he sounds a bit too much like U2, but at least he sounds like good U2 songs. More successful are his nods to glam rock and psychedelic soul – think Ziggy-era Bowie jamming with Sly Stone. He’s also playing with some unexpected synth-pop sounds, which work much better in this context than it sounds on paper.

On that note, the prolific songwriter is also going to be slowly releasing an electro-pop album called Milk over the coming months. If the inspiration he’s showing here is any indication, we may be in for more unexpected treats.