The hip-hop artist's fifth album cycles through the ups and downs of addiction, throwing a few shots at trendy trap-rappers along the way 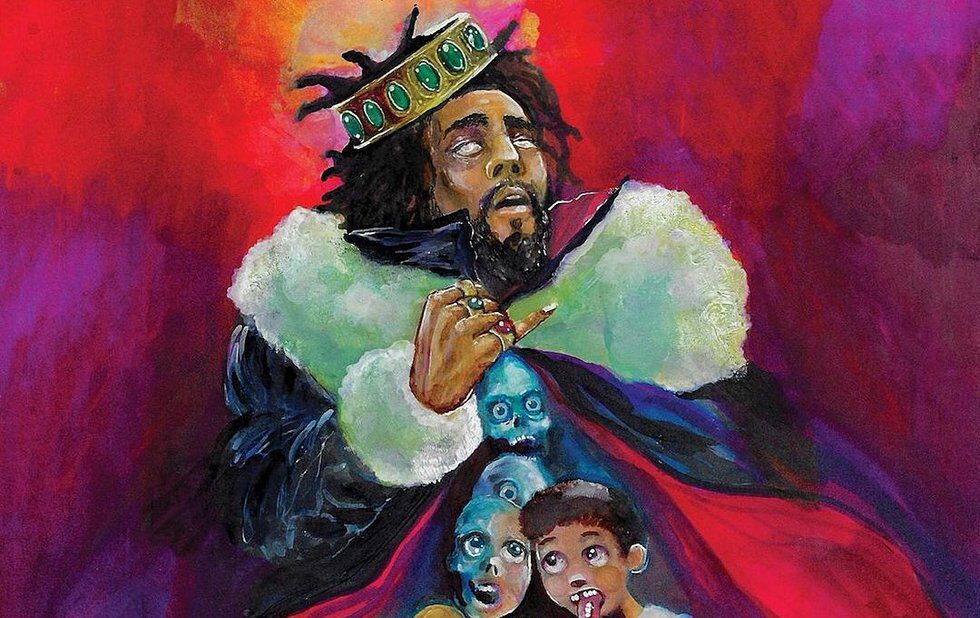 J. Cole’s fifth studio album is in no way intended to glorify addiction, but it is totally concerned with it. Cole has divulged that the title’s acronym stands for three different things: Kids On Drugs, King Overdosed and Kill Our Demons.

Largely shedding the ballad-focused approach of 2016’s 4 Your Eyes Only, the 12 tracks are a high-octane ride through the ups and downs of addiction, told from various perspectives.

The kick-off title track is both an intro to the overarching theme and a declaration of Cole’s rap game dominance. Thundering 808s and catchy chorus hooks usher in vicious verse bars that explain why he recently hasn’t had any features on his albums none of his rap peers are worthy. Final cut 1985 – Intro To The Fall Off puts this generation’s colourful-haired trap rappers in his crosshairs with an array of backhanded compliments, condescending advice and the finishing blow: “In five years you gon’ be on Love & Hip-Hop.”

The remaining songs tell an unraveling story about addiction and its various manifestations. Songs like Motiv8 and ATM deal with addiction to money, Photograph tackles social media addiction, while Kevin’s Heart and Friends touch on drug addiction. The latter even officially credits a rapper named kiLL edward, who proves to be J. Cole rapping in a pitched-down alter ego – a device used to personify what could have happened to the North Carolina native had he not pursued his lofty MC aspirations.

Stylistically, this is J. Cole’s most ambitious and well executed project yet. He shows off his distinct blend of rap&b on The Cut Off, while his nimble, rapid-fire bar brigades rear their full dreadhead on the aforementioned KOD and ATM.

There might not be any outright smash hits ready for radio and curated streaming playlists, but it’s a well-paced album with strong replay value.

Cole doesn’t sacrifice any inch of rhythm or melody while detailing his cautionary tales. It’s clear he’s mastered the art of hiding medicine in candy.