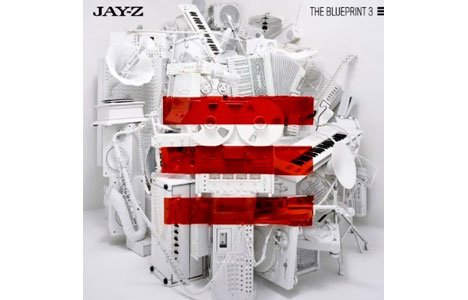 Despite Jay-Z’s resolute declaration of Auto-Tune’s death on The Blueprint 3’s lead single, D.O.A. (Death Of Auto-Tune), the pitch-correction software is alive and well even on this record. A dozen tracks after D.O.A., bleach-headed Kanye protegé Mr. Hudson auto-croons Alphaville’s 80s hit Forever Young on mid-life-crisisesque Young Forever. On Hate, a few tracks earlier, Jay and Kanye trade some hot verses over a beat built on robot vocals.

This glaring inconsistency is the least of BP3’s missteps. Take the trudging radio single Run This Town, where Rihanna’s nasal hook saws painfully through the beat like a dentist’s drill, or any of Timbaland’s half-hearted contributions. The only truly Hov-worthy track is grandiose NYC ode Empire State Of Mind, which almost makes us believe Jay-Z’s self-positioning as rap’s Frank Sinatra. Too bad he comes off as rap’s Fat Elvis on the rest of the album. No wonder he’s already trying to distract us by talking about his next one.