NOW MagazineMusicAlbum reviewsRainbow doesn’t quite “free Kesha” but it is “Kesha, free”

Rainbow doesn’t quite “free Kesha” but it is “Kesha, free”

On both killer songs and filler, the singer sounds like she’s having so much fun – and who would deny her that at this point? 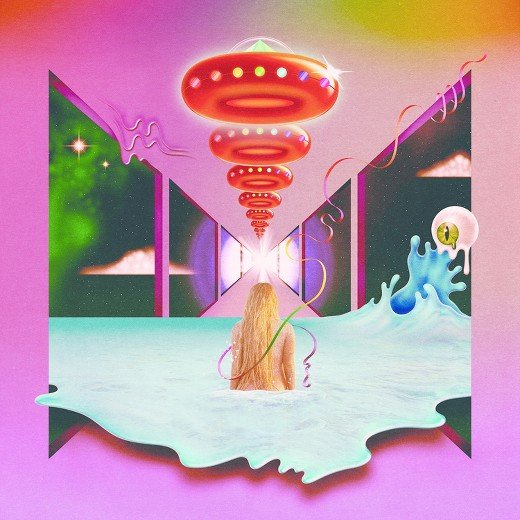 Whatever happens with Rainbow, it’s already a victory for Kesha. (No longer Ke$ha, a notable change.) The mere existence of this third album, her first in five years, while the U.S. Supreme Court case over the singer’s contract with producer Dr. Luke is still ongoing, is a gift to both the beleaguered pop star and her fans.

But beyond that, it’s also an artistic achievement: she has successfully shed the hot mess synth-pop party-girl shtick to reveal her true colours: lover of rock ‘n’ roll, soul and country.

Writing started in 2014 while Kesha was in rehab for the eating disorder bulimia. She has described begging for a single keyboard, on which she composed the title track: warm voice and piano, an orchestra sweeping in to lift this girl in the darkness up to the light, into a rainbow.

Plenty of songs could be heard as direct digs at Dr. Luke, who she has accused of abuse and who she’s desperately trying to extricate herself from ever having to work with again. But they also serve as girl-power anthems for anyone.

Things kick off pointedly with the acoustic Bastards and continue with single Woman, which enlists the Dap-Kings for a spirited, horns-and-f-bomb-filled jam on independence. Its mantra “Don’t buy me a drink / I make my own money / Don’t touch my weed / Don’t call me honey” has more charm than the blaring chorus “I’m a motherfucking woman!” Destiny’s Child surely did this way better, but it’s still a surefire hit. Not as sure about the violent lyrics about stalking and killing cheaters you can only (sort of) get away with in a country hoedown like Hunt You Down.

The tear-jerking, sucker-punch comes with Praying, an epic ballad of vulnerability, strength, anger and absolution that reminds us Kesha is a God-fearing woman who has probably already forgiven Dr. Luke (who, for the record, still gets a financial cut of this record). Her vocal performance here is extraordinary expect a Grammy.

A few missteps: Hymn is too much of a Lorde rip-off. Dolly Parton is wasted on a duet of Parton’s hit Old Flames (sweet nod to the fact that Kesha’s mom co-wrote that song, though). Boogie rock collaborations with Eagles of Death Metal are solid, so we don’t need the childish throwaway Godzilla.

But throughout, on both killers and filler, the singer sounds like she’s having so much fun – and who would deny her that at this point?