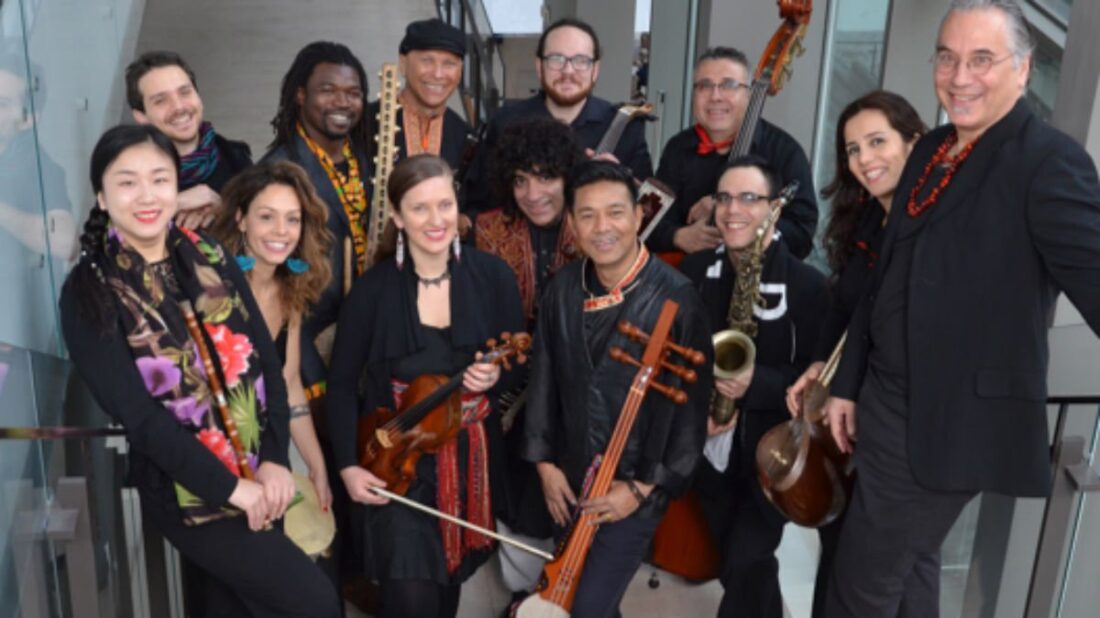 Kune means together in Esperanto, a constructed language spoken by over two million people worldwide. Its a fitting name for Canadas Global Orchestra.

Conceived by Royal Conservatory of Music executive director of performing arts Mervon Mehta and led by David Buchbinder, the 13 members of the ensemble were selected from 150 candidates, Making The Band-style. The goal: to create music that looks and sounds like Canada today. The result: a talented, disparate group of world-class musicians from abroad and one who is Metis, all of whom call Canada home.

The premise is both promising and tricky, ambitious and likely unattainable. Canada is far too diverse to be perfectly captured in any one project, even a series of them. However, Kunes debut is often captivating.

The virtuoso ensemble use over 20 traditional instruments on their self-titled album, somehow making them all work harmoniously. Opener We Met In Tkaranto is a fiddle-heavy track that transforms into something magical once the sitar wriggles in midway through. The stellar Arabic-Latin inspired Espera, Esperanto (Wait, Esperanto) has an alluring urgency sometimes fast paced, sometimes seductively slow and its jazzy moments are particularly exciting. Lahzeye Sokut (Moments Of Silence) entrances with its three-minute instrumental opening before vocals intrude. While the singer has a lovely voice, the song is at its most interesting without vocals (except for the muted yelps and screams of a background vocalist towards the end of the track).

On the other hand, a project such as Kune comes with inherent challenges. The ensembles attempt to draw from such diverse global styles sometimes feels like a catch-all project that has lost the ability to illuminate anything in particular. For every memorable track on the album there is one thats less striking or a bit more heavy handed, such as Hymn To Freedom. But this is not surprising considering the albums length and its premise.

Kune is a musical journey that takes listeners on a trip around the world and back home in 14 songs, and its lively, celebratory essence is recorded beautifully. This is definitely music also meant to be experienced live.