Drifting through L.A. looking for love and meaning, she shifts her kitschy patriotism, dropping her flag-draped persona and making peace with a more complex, dystopian reality 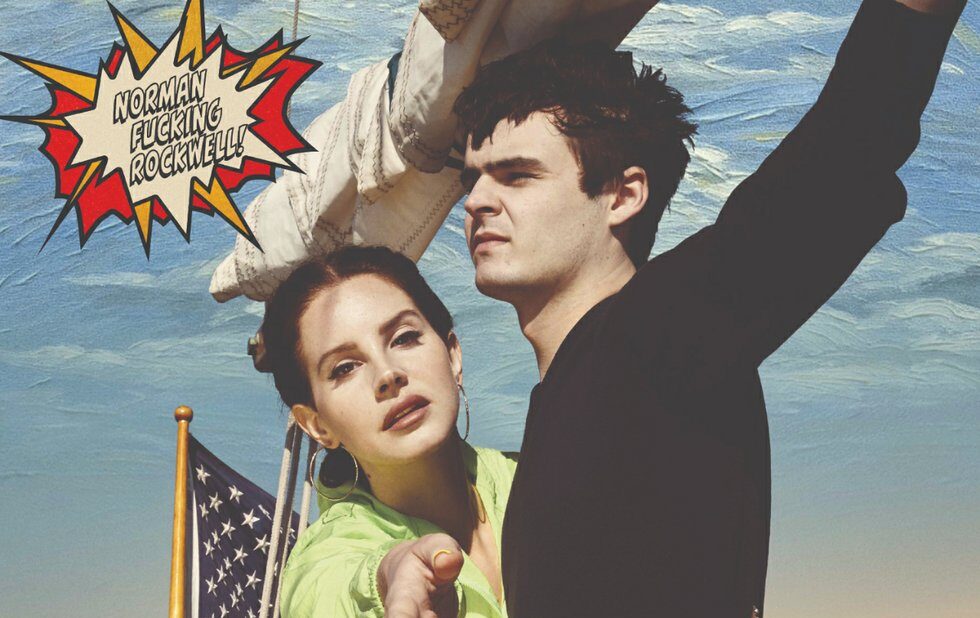 “Goddamn, man-child / You fucked me so good that I almost said, ‘I love you,’” Lana Del Rey deadpans on the opening lilt of Norman Fucking Rockwell, the title track of her fourth album since her 2012 breakout Born To Die. It’s one of the most relatable pop music moments of the year, yet Del Rey is at her most exciting on the album when she stares deep into the soul of her country, rather than some guy.

The album, named for the painter synonymous with idealistic visions of a simple American life, has had anything but a simple release. Singles Mariners Apartment Complex and the nearly 10-minute epic Venice Bitch came out in September 2018, soundtracking a full year ago’s summer’s end.

Since then, four more singles – Sylvia Plath referencing, anti-party-girl anthem Hope Is A Dangerous Thing For A Woman Like Me To Have – But I Have It, Sublime cover Doin’ Time and double-video pairing Fuck It, I Love You and The Greatest – have dropped from the 14-track album, while snippets of other songs have been floating online for months.

What binds the sound and overcomes the chaos of its scattered delivery is Jack Antonoff’s luscious yet unobtrusive 60s inspired production. Piano, reverb and guitar fuzz make it Del Rey’s dreamiest and most cohesive album since 2015’s Honeymoon and her most rock-inspired since 2014’s Ultraviolence. The National Anthem singer adds new shade to her ongoing California period, re-evaluating the narrative of life in the United States that she’s built her brand on.

The 2019 version of Lana Del Rey, drifting through L.A. looking for love and meaning, is as awash in nostalgia as ever, but she’s more tongue-in-cheek (it’s Norman Fucking Rockwell) and self-aware now. She seems to poke fun at herself, like on Venice Bitch’s breathy “Give me Hallmark / One dream, one life, one lover / Paint me happy and blue / Norman Rockwell.”

Watching fires ravage L.A. and Donald Trump ravage the U.S., Del Rey has shifted her kitschy patriotic fixation, dropping her flag-draped persona and making peace with a more complex, dystopian reality. “L.A. is in flames, it’s getting hot” she drones on The Greatest. “I’m facing the greatest / The greatest loss of them all.” Apt words for a planet facing a climate apocalypse.

True to the anything-but-simple album cycle, Del Rey dropped a single earlier this month, Looking For America, which doesn’t even appear on the album. It seems to look beyond it, a hint of what’s to come from Del Rey’s evolving exploration of her country: “I’m still looking for my own version of America / One without the gun, where the flag can freely fly.”

Norman Fucking Rockwell isn’t itself a political record – rather, it’s a tribute to life and love in and around Venice Beach, Del Rey’s current geographic muse. Yet from an artist who paints what she sees, we can only imagine what we’ll get once she looks even further into the storm that’s coming.

Kristel Jax is a writer and artist based in Toronto. Her best friend is a mini pug named Lana Del Satan.