Rating: NNNNThe most recent offerings from Norwegian space disco king Lindstrm have been decidedly epic - as in a 42-minute. 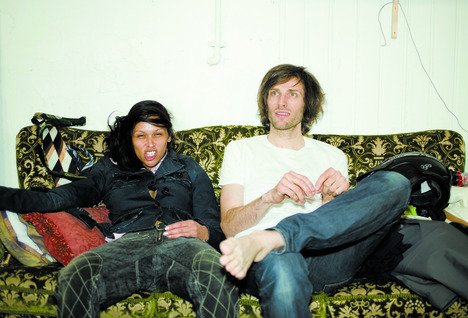 The most recent offerings from Norwegian space disco king Lindstrm have been decidedly epic – as in a 42-minute ambient cover of Little Drummer Boy. It turns out that while he’s been working on these absurdly long stoner dance tracks, he’s also been holed up in the studio with vocalist Christabelle working on this amazing album of more concise material.

No track even hits the seven-minute mark, and instead of slowly shifting vintage synth noodling, the focus here is on the vocals and actual songs. Sure, it still lies very much on the cosmic side of things, but this time you can sing along.

If you’re already a Lindstrm fan, you should be warned that this material is pulling from a larger framework of influences, although it’s still centred around early 80s club grooves. Compared to his solo work, this seems like more of an exploration of American post-disco influences than European, which brings up impressions of early Prince – if the Purple One had been eating a lot of magic mushrooms.

Top track: Keep It Up