Meshell Ndegeocello’s Ventriloquism is what a covers album should be

Unlike artists who bring a karaoke approach to cover songs, Ndegeocello reinvents them. She cracks open well-known songs by TLC, Prince and Tina Turner and releases their edge and grit. 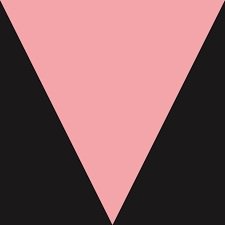 Meshell Ndegeocello has done some notable covers across her many projects – including full-album tributes to Nina Simone and Fats Waller – but Ventriloquism, her 12th full-length album, is her most exciting collection so far. Each of its 11 tracks explores the iconoclast’s innate ability to crack open a well-known song and release its edge, grit and latent emotion. Unlike artists who bring a karaoke approach to cover songs, Ndegeocello reinvents them.

Her forte is dismantling genres and creating new layers of meaning to male-sung songs by simply not changing pronouns.

Al B. Sure!’s Nite And Day is transformed from a 1988 slow jam classic into a shimmery, smouldering song of devotion. Prince’s Sometimes It Snows In April becomes a moving 90s-style alt rock track (an album of Prince remakes should be in order). TLC’s Waterfalls is slowed down to a crawl, bringing out the contemplative resonance in the lyrics.

Some songs are reimagined so thoroughly that only the lyrics are recognizable, particularly the eyebrow-raising country-tinged takes on funk and R&B classics. Force MDs’ Tender Love is given a curious harmonica intro that feels perfect once Ndegeocello’s voice infuses it with her trademark sensuality and soul. George Clinton’s Atomic Dog is re-envisioned as honky tonk, complete with twangy guitar. It feels strangely right.

It’s a lonely album at times, and many tracks feel like they’re telling entirely new stories. Tina Turner’s iconic Private Dancer is even more heartbreaking removed from Turner’s sultry rock and roll vocals and kick-ass glamour. Ndegeocello’s version conjures a weary woman performing in some desolate small-town bar rather than Turner’s feisty protagonist making the money necessary to get herself out.

Her take on Sade’s Smooth Operator exposes a voyeuristic and theatrical side of the song that has never previously been fully explored, opening with film-trailer-style narration, telling the story of a lothario whose karmic downfall will be falling in love.

But no matter how startling or quirky the rearrangements, Ndegeocello’s sophisticated voice is a guiding light.

The greatest strength of the album is that you don’t think of the original artists while Ndegeocello is singing. Some will feel she’s been reckless with beloved jams, others will fall in love with them all over again, and many will discover a new side of them even if they’ve heard the original a million times.