Michael Rault’s new album isn’t original, but it is well-executed 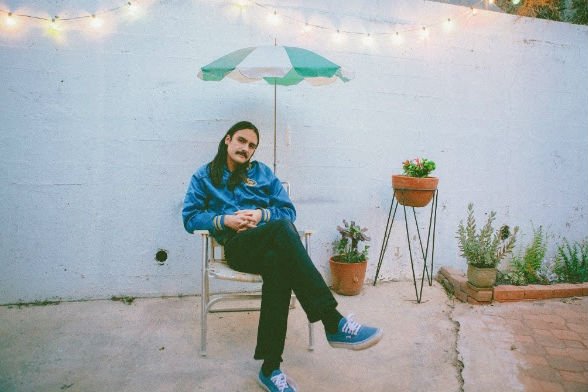 Michael Rault does his thing very well. Depending on who you speak with, that thing might be bell-bottomed 70s pop rock, or unshowered 60s psych-folk, or some mix of other retro sounds. But there are homage acts that do little besides emulating, and then there’s Michael Rault, whose music aesthetic is at once dusty and familiar, fresh and engrossing.

It’s A New Day Tonight can’t be called original, but it’s so excitingly executed and arranged that it feels remarkable. It oozes confidence, with strutting guitar work and thick, warm bass. It was cut on tape at Brooklyn’s Daptone Studio, which lends the album a convincing vintage fidelity. The instrument tracks have a distinct separateness that allows each one to stretch and indulge its own idiosyncrasies, but they mingle and coalesce smoothly.

The nighttime is a source of escape and comfort on the album, like on the thumping shuffle of New Day Tonight, where the evening breaks a depressive day: “Start to feel alright/Just after midnight,” Rault purrs. In other contexts, that line might fall flat, but Rault sells it, sounding like he’s on his third glass of red wine.

Sleep With Me, with its tense string leads and soaring chorus, casts sleep as a relief from anxiety, while Dream Song leans towards sleep-as-death (“I’ll fade back into the black where I came from”) over meandering acoustic intricacies and shaker flair. Oh, Clever Boy and Out Of The Light are upbeat guitar pop at its best as Rault channels The Kinks’ no-frills melodicism.

Where the record falters is in its singularity. Rault’s voice rarely moves beyond a light, wispy drawl, while the intro of Sleep With Me veers far too close to its source material, nearly mimicking the intro to Wings’ Band On The Run.

Rault’s commitment and ability to ape the sounds of his idols is both his strength and his Achilles’ heel.

Michael Rault plays the Horseshoe on May 22. See listing.