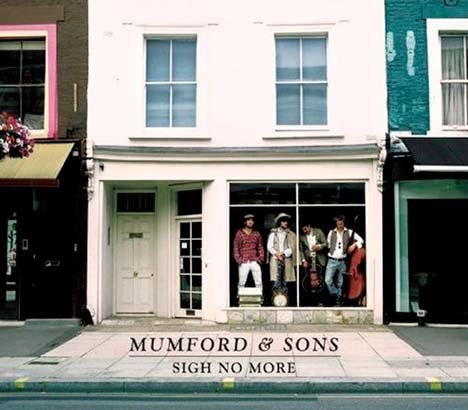 The British press was quick to question the authenticity of Mumford & Sons following the October UK release of Sigh No More. But divorced from the English “new folk” context, their debut just sounds like an earnest slice of polished roots folk.

Occasionally, an overwrought lyrical clunker betrays the band’s youthfulness, but their willingness to dabble in myriad sub-genres and Marcus Mumford’s plaintive croak make them sound like veteran folkies. They’re not at their strongest when echoing the reverb-filled harmonies of Fleet Foxes, but when they drop their instrumental restraint, they achieve an alluring balance of plaintive folk and upbeat bluegrass. When you have a banjo in your repertoire, you use it.

There’s still room for growth, but Sigh suggests that Mumford & Sons may someday develop into something great. For now, we’ll settle for good.