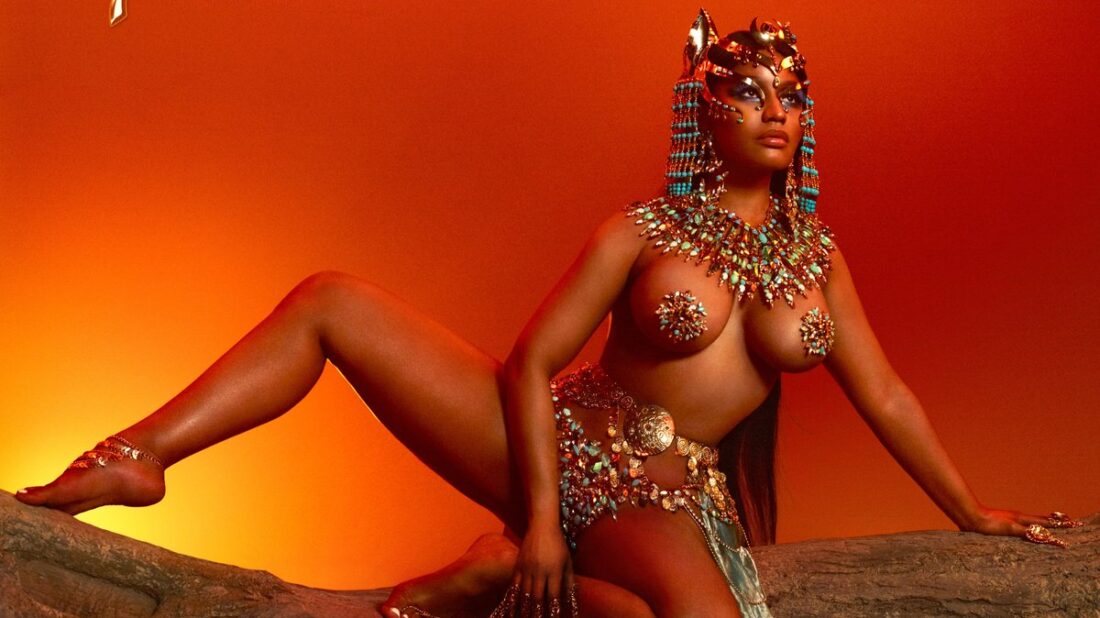 Between her massive persona, wildfire bars, groundbreaking melding of cartoonish femininity and battle rap ferocity, the disappointing thing about Nicki Minaj has been her albums.

For someone who makes an indelible impression on the majority of tracks she appears on, her own LPs have always seemed calculated and concocted to hit as many markets as possible, never giving her a fully personalized sound to support her vocals. At best they showcase her ability to flow over a variety of genres at worst they offer half-hearted verses mixed with treacly pop. Neither are totally satisfying or make full use of her talent.

So far, the peak has been The Pinkprint, where she had things to say (mostly about trouble with pills – maybe that’s why she so often collaborates with Eminem), and its refined pop sound felt appropriate – not to mention she broke the internet with Anaconda. Queen doesn’t quite hit those heights. In fact, it feels like the law of diminishing returns might be kicking in.

It’s hardly all bad. Ganja Burns starts things off with a slow, summery feel that works and is followed by the standout collab Majesty, where Eminem drops yet another technically jaw-dropping fast rap and Minaj comes smooth and confident over incredibly strong production by Eminem and fellow guest vocalist Labrinth.

The problem is that the album veers between comically boastful and romantic, the latter of which isn’t cartoonish but doesn’t feel especially emotional either – whether about loving someone or feeling betrayed, those songs lie flat and drag. On the other hand, Rich Sex gets intentional laughs, and Barbie Dreams is a fresh and fun take on the now-overused Biggie song Just Playing (Dreams), with a killer battle rap bent that takes on seemingly every rapper in the game.

The one song that stands out emotionally is Run & Hide, a moody and mournful exception from the norm. Her romantically paranoid tone feels authentic over trippy low-key production by Rex Kudo and Sevn Thomas. It’d be refreshing to hear a whole album like this. Or a whole album that takes a break from her superhero persona.

Minaj is incredibly talented and that talent can go deeper. There are enough good songs to give Queen a pass, but if it’s going to be 19 tracks, it needs to be more consistently awesome. Quality over quantity, please – life is short!