Quarantine The Past: The Best Of Pavement (Matador) 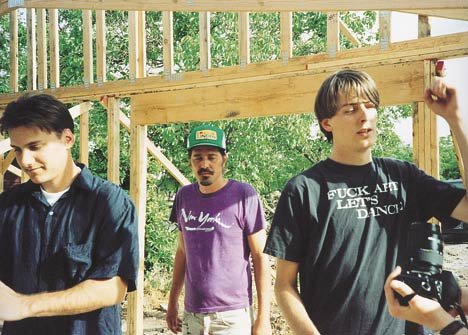 Pavement’s legacy can’t be contained on a single disc, but this compilation sure tries its darnedest. Put together by the band members and conveniently released to coincide with the start of their reunion tour, it presents a non-chronological cross-section of the quintessential 90s band, attempting to summarize a career that can’t be summarized.

The album contains some indisputable classics (Here, Summer Babe, Shady Lane) but aims to dig deeper than the hits. (That Pavement never really had any hits makes that a dubious proposition.) It’s nice to see non-obvious selections like Unseen Power Of The Picket Fence, but when that leads to the exclusion of essentials like Father To A Sister Of Thought, it doesn’t seem worth it. Still, to give a collection of 23 remastered Pavement songs anything less than four Ns would be blasphemy.