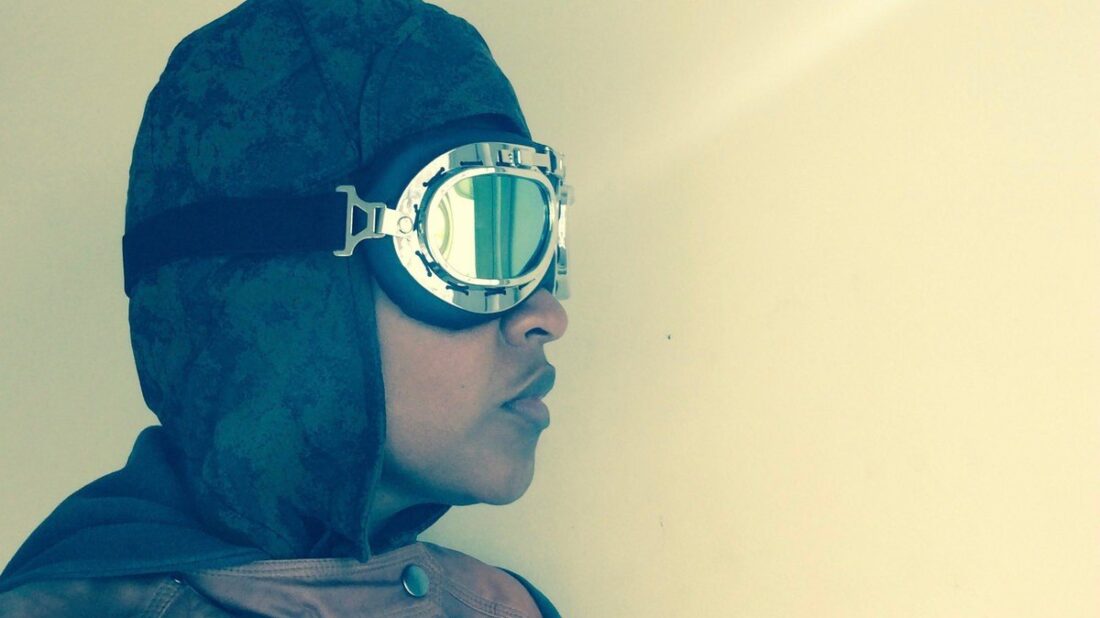 Pursuit Grooves should really be better known. In addition to being a recording artist, Vanese “VJ” Smith is also a graphic designer, printmaker and DJ, with a history as a rapper and MC. And Bess is the Maryland-born, Toronto-based experimental electronic producer and beatmaker’s 13th album. But not all trailblazers are appropriately recognized in their time.

Take Bessie Coleman, the titular inspiration for Bess. Coleman was the first woman of African-American descent and the first of Native American ancestry to hold a pilot’s licence. She attended flight school in France because Black folks were banned from learning aviation in the U.S. in the early 1900s, and she flew in air shows as a stunt pilot until her untimely death in a plane crash.

“I was amazed by her story,” says Smith. “Often I’m in spaces where I’m the only or one of few Black women in the room, so I thought it was extremely important to highlight a true hero who had no role models to show her what was possible. She set her mind on it and made it happen.”

Over 15 tracks, Smith recounts Coleman’s career chronologically through genre-fluid music – hip-hop, neo-soul and drum and bass, all blending effortlessly together. Smith does spoken narration in a two-minute intro (and in two subsequent interludes), before Hair Raising evokes the anxiety of fear of flying through twitchy footwork-inspired breakbeats and a sinister bass line. That mood is quickly morphed by the gliding Lady Bird, which is soothing and ambient.

The French Connect stands out most brilliantly as a shining affirmation of Smith’s sonic layering, combining a bouncy high-hat beat, chiming chords and a plucky synth groove. Smith never lets one element outshine another, but puts them in conversation with each other – a testament to her dexterity as a loop master.

Later on Stand Firm On Wings, Smith sings from the perspective of Coleman: Her vocals have a carefree, almost improvised feel as she sings “Hate won’t dissuade me. I’ll be the first to do it and leave my mark.” Despite the biographical nature of the album, it’s undeniable that these lyrics have a personal connection. Even Principal Thrill, which drips with swagger and confidence, feels like it embodies Coleman’s spirit as much as Smith’s on-stage bravado.