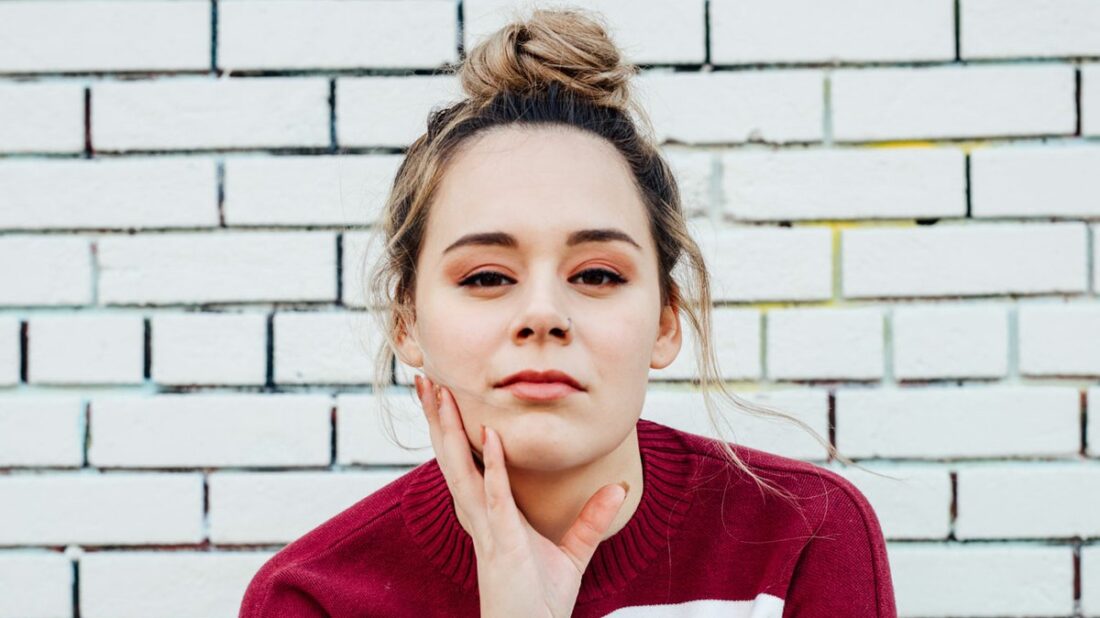 On Riit’s debut album, infatuation and love, forgiveness and community all come together with assured focus.

Hailing from Panniqtuq, Nunavut, the singer/throat singer/songwriter recorded ataataga in Iqaluit and Toronto. All but one track is sung in Inuktitut.

Much of the imagery accompanying the album’s rollout shows Riit with chalk-white hair slicked back as if with ice, and that cold aesthetic reaches into the album’s chilly, synthy electro-pop sound.

Her versatility enchants right off the bat, moving from sombre ballads to singing like an alt-pop ingenue. But Riit’s skill is more than genre flexibility. Opener ataataga, and its fleeting acoustic version that closes the album, reveal the depth of emotion Riit brings – sometimes searching, other times hopeful. Each song brings something different.

Producer Graham Walsh (of Holy Fuck), successfully capitalizes on Riit’s sound-shifting ability, morphing from upbeat dance tracks like #uvangattauq and qujana to melancholy songs like inuusivut and the Elisapie-featuring uqausissaka. A skilled throat singer, Riit weaves between vocal styles, producing dynamic layers of sound and texture in songs like ataataga and qujana – a cover of fellow Panniqtuq artist Susa Aningmiuq. The grizzled rasp of Josh Q joins Riit on a cover of Northern Haze’s inuusivut, while Zaki Ibrahim guests on the #MeToo-inspired track #uvangattauq, an album-stealing duet in an already captivating body of songs. It’s also the only song to include English lyrics.