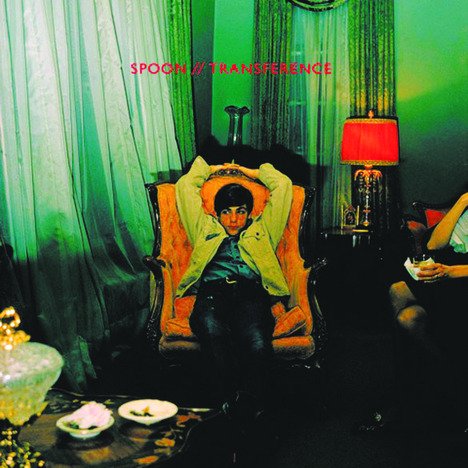 Spoon have been uniformly terrific for seven consecutive albums, each no less excellent than the last. But being uniformly anything after a while (say, seven albums) becomes tiresome.

Transference features their trademark easy-to-swallow fuzzy-guitar pop. There are fewer clap-along, ready-for-radio singles, but much of the classic Spoon sound remains. A punchy guitar line is clipped and repeated. A similarly repetitive set of bass notes drop in and out. A steady, popping drumbeat pulses beneath Britt Daniel’s scratchy, sometimes falsetto sing-yelps. A superficial description, but accurate.

Lyrically, Daniel is more vulnerable than on previous efforts – transference being a part of psychoanalysis – but not enough that he takes many new creative turns. Still, considering that the band started around the same time as now-defunct outfits Ben Folds Five and Harvey Danger, Spoon still impress.