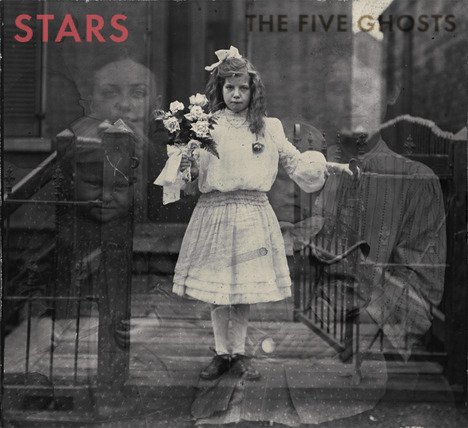 If there’s a star in Stars, it’s Amy Millan, at least on the Montreal band’s fifth album. Her voice is delicate yet absolutely assured, and expressive in a way that makes it more than simply “pretty.” The indie pop five-piece is prone to melodrama – characters are always weeping, breaking down, running away – but Millan convinces. (Don’t be put off by her child voice in opener Dead Hearts. She’s best mid- to late-album, like on Changes and the upbeat How Much More.)

Co-vocalist/lyricist Torquil Campbell’s new-romantic delivery and lyrics, on the other hand, sometimes make you want to roll your eyes. His band is built on earnestness, though, and you can’t argue that he and the other Stars are gifted songwriters and arrangers. The elegant album is wisely paced, cinematic with strings and keyboards, and Campbell and Millan sound great together. But despite the emotional drama on offer, it fails to be moving.

Top track: How Much More