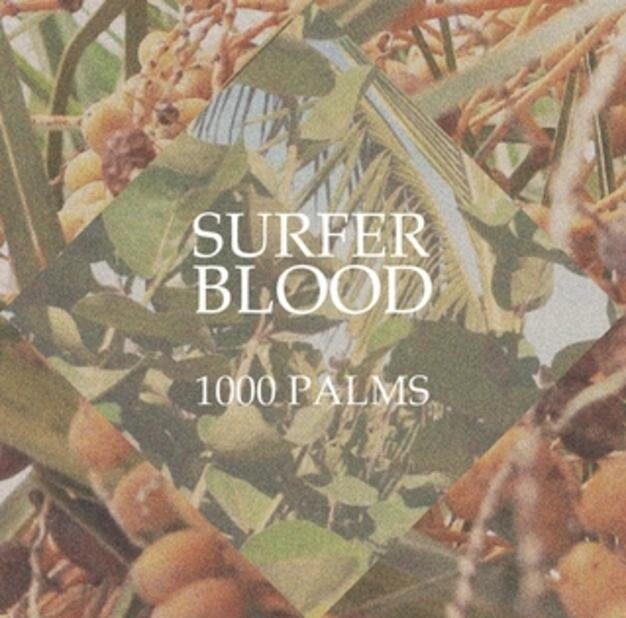 1000 Palms is such an upbeat record from a band plagued by significant problems over the last few years, namely a domestic battery charge against singer/guitarist John Paul Pitts and the exit of guitarist Thomas Fekete earlier this year due to his being diagnosed with sarcoma in his lungs and spine. (Donate to his medical fund at surferblood.com.)

But somehow the Florida four-piece tapped into their sunny side, crafting 11 fuzz-free, buoyant songs full of pep and good cheer. At least musically. The well-written lyrics often take turns toward the glum – “I put on a front before but now I’m spread so thin,” Pitts sings on Feast/Famine. “Sometimes I feel lost and lonely in my skin,” he continues in the chorus.

That’s one of the standout songs, as is Island, whose vaguely melancholy verse leads into a terrifically hooky, unforgettable chorus that showcases their songwriting skills.

But most of the album is kinda ho-hum and overly mild in tone, as is Pitts’s voice.