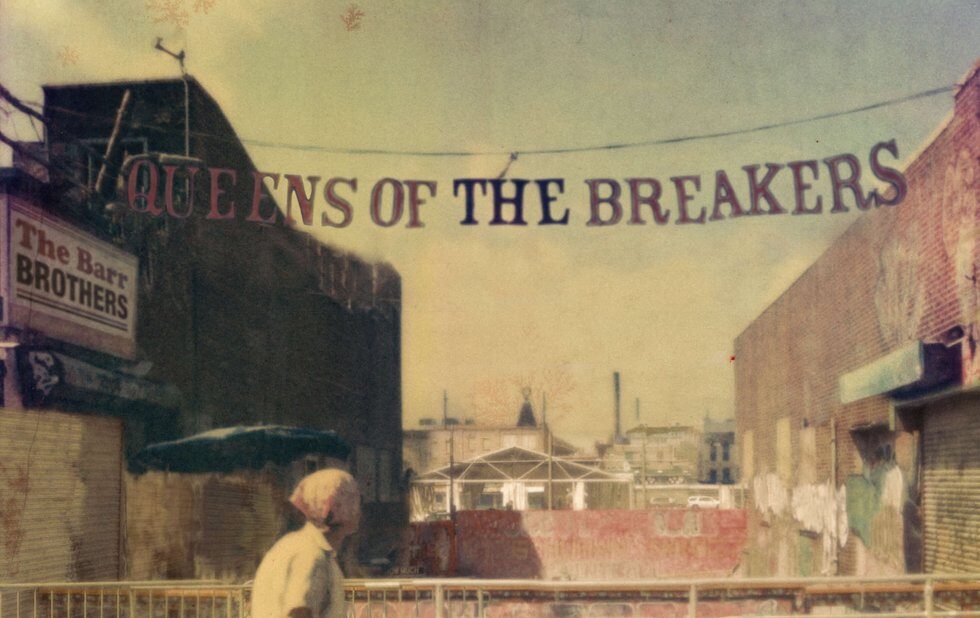 You might get the sense that the songs on the third album by Montreal’s Barr Brothers didn’t come easily or quickly. In fact, the expansive, heavenly textured, rambling blues jams that make up a good part of the record preserve some of the improvised spirit they were created in.

Brothers Brad and Andrew Barr and harpist Sarah Pagé decamped to Wild Studio, a cabin a couple hours north of Montreal, to hammer out sounds that Brad later wrote lyrics to and made into songs. The Barrs are able to hold down deep grooves while playing with ideas of disintegration and make it all sound totally unified.

Both Barrs became dads in the past few years, and the States, where they are originally from, is going through dark times. Those aren’t obvious themes on the record, but Kompromat, which recalls Half Crazy from their 2014 album, Sleeping Operator, is a pretty direct condemnation of Trump, with flickering guitar solos, Velvet Underground-like jams and the occasional wide open bit where Pagé’s harp gets to emerge from all that density. Elsewhere the record’s content is subtler – about mental fragility, the struggle to preserve love, the inevitability of change and loss.

Some of the best songs involve looking back – to Montreal becoming home (the folky standout Song That I Heard), and to friends the Barrs had growing up in Providence, Rhode Island (the Springsteenesque title track).

But the biggest pleasure may be their experiments with horns on Song That I Heard and strings on a number of songs. On You Would Have To Lose Your Mind, for example, vocals and harp sound like they’re underwater or filtered through an old music box. Then the band turns around and rocks a more straight-ahead blues jam, like It Came To Me, which recalls Susie Q or Whitehorse’s blues interpretations.

If you go on the band’s website you’ll hear drums that sound like the irregular thumps of hearts beating. It’s not coincidental: Defibrillation, the first song on the album, was built on a beat Andrew found when his mom was in the hospital and he was watching the heart monitors. It speaks to the Barrs’ organic experimentation, and to their ability to layer an atmospheric folk ballad overtop an inventive and challenging beat.

Top track: Song That I Heard