TOPS capture a Rumours vibe on Sugar At The Gate

At a time when DIY sometimes suggests the heedless jettisoning of any frills, the Montrealers are refreshingly fussy overachievers 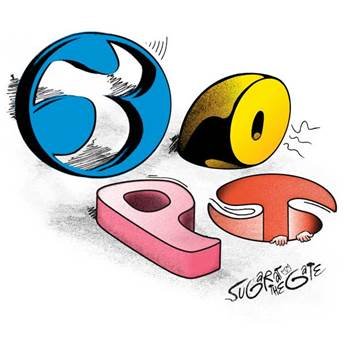 Evidently undeterred by the “Fleetwood Mac DeMarco” tag that’s been hung on them, Montreal’s TOPS relocated to L.A. to make their third album, living together in a rented house and continuously recording for the better part of the past year. The video for standout track Petals, with its rumpled celebrity impersonators and well-worn convertible, suggests the vibe: ornate pop glamour in an age of pop austerity. While it’s not exactly Rumours on a budget, Sugar At The Gate is frequently remarkable for how much it captures the spaciousness moodiness of a record that, just a couple of generations ago, cost millions of dollars to make.

Cutlass Cruiser is a no-brainer for any playlist, with its heart-stirring keyboard tones playing over gently swishing hi-hats. There are plenty of other summer soundtrack opportunities, too, from the full noon blaze of Dayglow Bimbo to the quiet clock-ticking anxiety of Cloudy Skies. TOPS have a gift for understatement – many of the best songs brim with moody restraint. I Just Wanna Make You Real teems with stoic longing, underpinned by staid drumming and mopey guitar. Further’s sunset-streaked guitar chords ring over a hushed but nimble pairing of bass and keyboard. And Topless wouldn’t sound out of place on Kate Bush’s The Dreaming, drenched garishly in retro synth tones and orchestra hits that give way to a sparse, delicate arrangement that closes out the record.

Of everyone in Montreal’s class of 2012, TOPS have always seemed the most rigorously dedicated to craft. As on their previous two records, the rewards here are in the refinement, the well-wrought voices and the sublimely subtle performances. At a time when DIY sometimes suggests the heedless jettisoning of any frills, TOPS are refreshingly fussy overachievers.