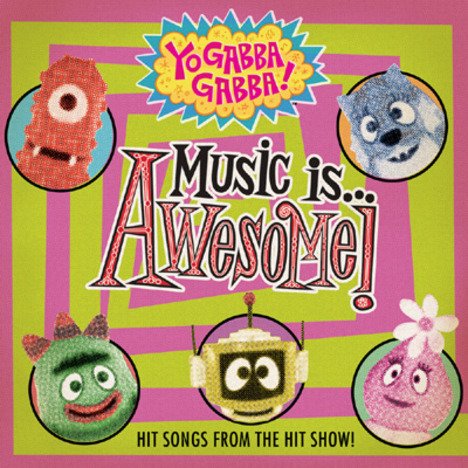 Yo Gabba Gabba! – Sesame Street with a dash of Wonder Showzen – is the kind of children’s TV show hipster parents watch with their kids in the hopes that they grow up cool. It’s also teen stoner territory.

On the one hand, the album wins simply because Yo Gabba Gabba performances are interspersed with those by the Shins, Money Mark, Biz Markie, Chromeo, the Roots, Of Montreal and others. On the other, subjects like tummies, the sillies, brushing your teeth and bedtime are banal and infuriating – especially when performed by the shrill Yo Gabba Gabba band.

But if you have to endure children’s music, it’s a winner. And if you’re going to be sitting around with your litter, you might as well try to enjoy the experience, right? Still, making the best of a situation isn’t the same as enjoying it. You will hate the tediously repetitive, simplistic lyrics. But remember, this is for toddlers. So if you’re a toddler, buy this album.