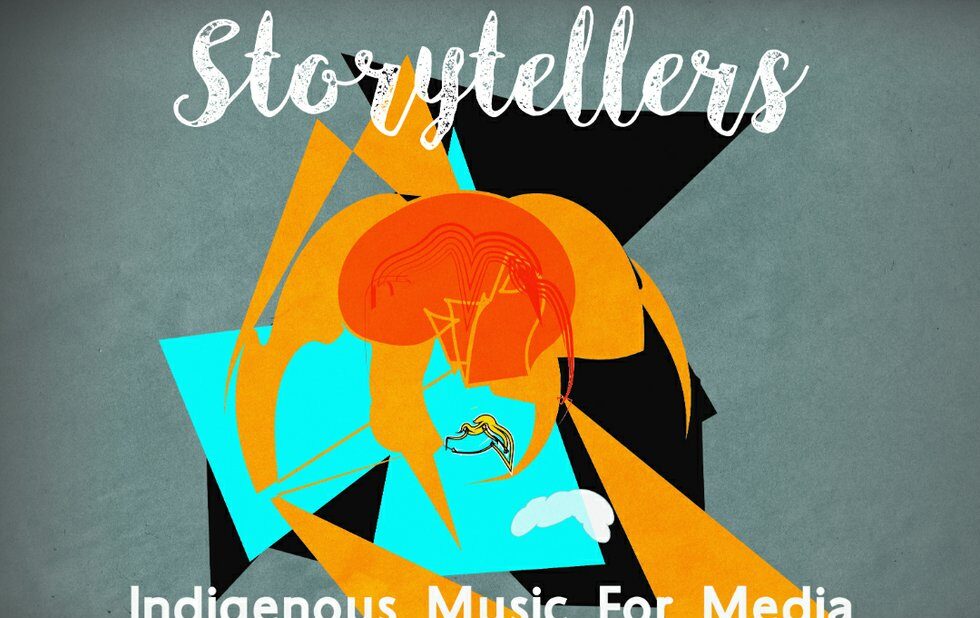 Storytellers: Indigenous Music For Media, created in partnership with ImagineNATIVE, is comprised of over 300 tracks created by Indigenous musicians, collected with the intention of being licensed to TV shows, films, advertising, online videos and other media. That’s a financially lucrative, and often necessary, area of income for independent Canadian musicians, and one in which Indigenous musicians are underrepresented, despite music’s thriving Indigenous Next Wave.

James Boyd, a partner and composer at Bedtracks, noticed the underrepresentation of Indigenous creators in the field when he was looking for music to use in a show. There wasn’t a library at his disposal.

“We realized that there’s a big opportunity here for Indigenous music creatives to get their music placed and make a new revenue stream,” he says.

Since officially launching in November, the Storytellers music catalogue has been used in various productions, including the CBC radio show Unreserved. Pricing for licensing a track ranges from $25 for a student or personal production to $3,500 for film and theatre use.

There are currently 314 tracks in the catalogue and the project is looking to expand by 300 more. Some artists include the Chippewa Travellers, Wolf Saga, Cris Derksen, Silla and Cree artist Nigel Irwin, who produces music for the Storytellers library.

While there’s no set date for when they want to accomplish the larger playlist, Boyd wants it to continue to grow gradually. “Music is just such a huge part of those communities,” says Boyd. “There is no shortage of talent in any respect. We are just hoping we can connect the dots.”

Bedtracks is actively looking to commission new music and is seeking submissions. He encourages Indigenous musicians to email tracks to storytellers@bedtracks.com. There is no cost to contribute and Bedtracks does pay.

“Our hope is that this continues to grow, that producers view this as a viable source of music for their productions,” says Boyd.

There’s currently one full-time member of the Bedtracks team and one contractor who is Indigenous, but that’s something Boyd hopes to change as well.

“We would love to be in a position where we help it grow and then step aside and it’s solely run by an Indigenous team,” he says.

You can preview the catalogue and request full access at bedtracks.com/storytellers.