Watch the premiere of the Toronto band's apocalyptic new video 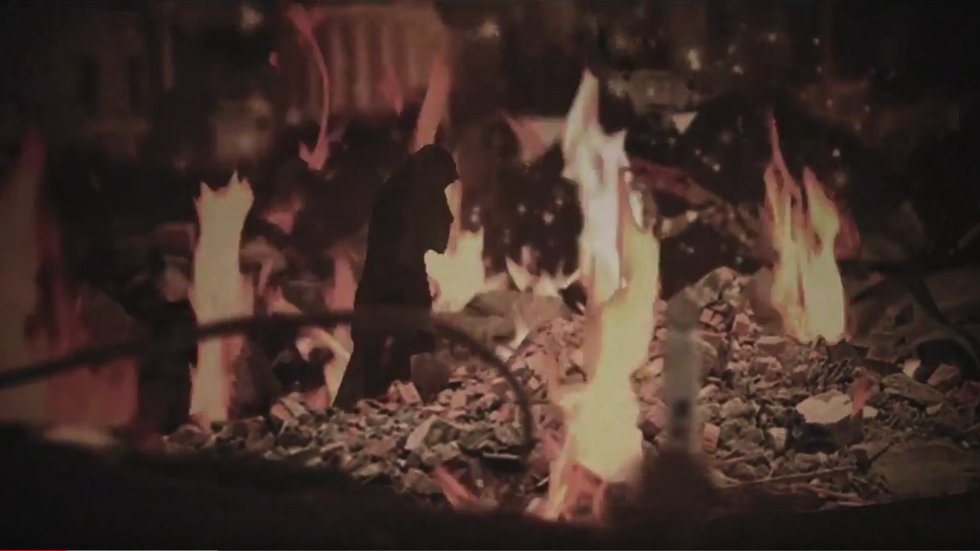 Beliefs’ new album, Habitat, pushes past the Toronto band’s well-defined shoegaze sound by taking them into darker, more apocalyptic depths. Now with All Things Considered, a song that alternates between Sonic Youth jangle and stomach-rumbling low guitar tones, they have a video to match.

Directed by Christopher Mills, the video wraps his handmade live action-animation/2D-3D hybrid around modern and classical images going up in flames. It feels both uncanny and all too real.

“All Things Considered is the moment after something big,” says Mills. “So big it totally altered time and space and turned the world into a demolished, abandoned art gallery, surrounded by flaming ruins and inhabited by magic women who seem to be stuck in a broken portal vortex.”

“[It’s] the aftermath,” writes Beliefs’ Jesse Crowe. “It’s the cold death of culture that the city has long forgotten. It’s the ash left smouldering. After the fire. It’s the remanence of poison on the rim of the Kool-Aid cup.”