The best Toronto concerts to catch in February 2019

The always unpredictable Deerhunter, the end of a party institution, one of hip-hop's best live acts and more shows we're looking forward to this month 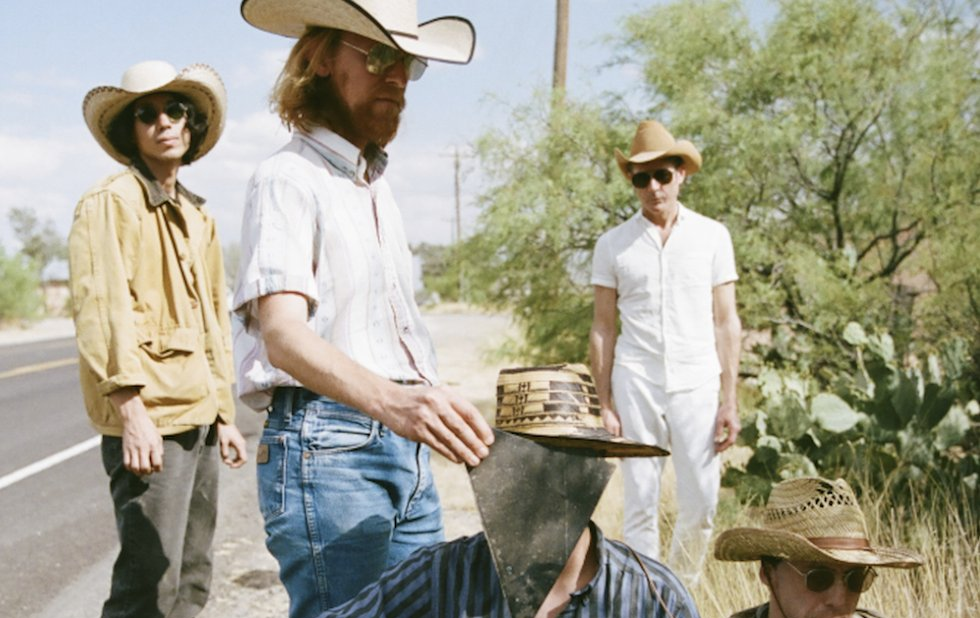 The long-running indie band’s new album Why Hasn’t Everything Already Disappeared? gave us a classically psychedelic taste (there is harpsichord, which is a good thing) of what they might bring to Danforth Music Hall. You never know quite what you’re going to get from the sometimes-confrontational Bradford Cox and his band though, so this could go any number of ways.

It’s been more than four years since Sharon Van Etten last released a full-length album, but she’s kept busy. The Brooklyn singer/songwriter pursued a degree in psychology, had a baby, became an actor and even played at the Roadhouse on an episode of Twin Peaks. Her new album Remind Me Tomorrow showcases a newfound confidence and swagger to go with her vulnerability and emotionally intelligent introspection, and it earned five Ns from us. That momentum will carry her to Danforth Music Hall, along with Nilüfer Yanya.

Our favourite sad boy is back in Toronto following the release of his recent album Assume Form. But he’s not so sad anymore: the usual melancholy tunes have become love sick. PDA and overall happiness are not what we’re used to from the singer/songwriter, so this show could mark the end of an era. Or at least the start of a new phase.

After six years, the Art Gallery of Ontario is wrapping up its monthly First Thursdays party. The AGO hasn’t said why the event is ending, but promises to start something new. Originally started to bring younger and more diverse audiences into the museum, the event has become a social calendar staple, offering a mashup of live music, performance art and talks related to gallery programming. The final event focuses on perspectives and experiences of BIPOC, queer and femme-forward artists and features a headlining set by local R&B singer/songwriter TiKA with special guests James Baley and TIAYL.

It’s been nearly a year since Canadian/South African soul musician Zaki Ibrahim released her excellent second album, The Secret Life Of Planets. The record was followed by a world tour and landed on the Polaris Prize long list. Now she’s back in Toronto and performing with a lineup that includes buzzy locals: rapper Myst Milano and DJ Bambii.

One of the best live acts in hip-hop, and one of the few times you’ll see a guy rap and play drums simultaneously. The L.A. rapper’s tour, which also includes his backing band the Free Nationals, is called the Andy’s Beach Club World Tour – which doesn’t exactly fit “Toronto in February” as well as when he performed a late-summer Manifesto show at Echo Beach in 2016. But his charismatic, soulful show can play on just about any stage… even Rebel’s.

7. Kurt Vile & the Violators, the Sadies

To kick off Intersessions’s three-month residency in the backspace of luluelmon’s Toronto flagship store, recent NOW cover star Chippy Nonstop, who runs the program, is throwing a party right after the first workshop. Taking place in the same venue, which has been redesigned by artist Camille Fuzz as an interactive installation, DJs Nino Brown, Karim Olen Ash, Ace Dillinger and Chanl Marshl will take turns spinning from 7 pm to late. A positive, diverse and inclusive time is guaranteed. 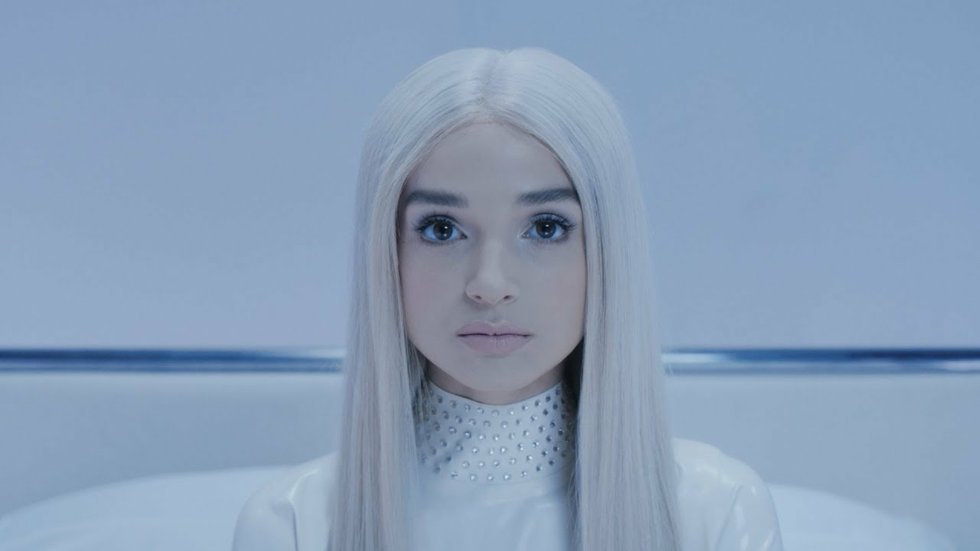 Poppy’s doll-like appearance and robotic mannerisms have made her the dystopian pop singer of the moment, drawing collaborators like Diplo, Marilyn Manson and Grimes (the latter with some controversy). The YouTuber-turned-singer’s second studio album, 2018’s Am I A Girl?, is full of self-questioning lyrics that draw attention to their own artificiality and to their retro-futuristic technological sound. If her videos are anything to go by, expect an elaborate and strange pop show.

Ontario country musicians Terra Lightfoot and Lindi Ortega, along with pop-soul singer Begonia, are hitting the road in showcase format, all playing with the same Longest Road rhythm section and intermingling songs and collaborations. Each night has special local guests too, and in Toronto you’ll get Melissa McClelland of Whitehorse, Jasmyn Burke of Weaves and Shakura S’Aida.

With their new album Rally Cry, the proud Hamiltonian Canrock underdogs have been striving for stadium status, but first, in Toronto, they’ll have to make do with an arena. Expect many hearts to be worn on sleeves.

Prepare for a night of techno when prolific German producer Helena Hauff comes to town, supported by local electronic artists Korea Town Acid and AADJA. Hauff is currently touring in support of her 2018 album Qualm, a beat-driven record that mixes stripped-down techno, acid and industrial EBM. All three artists will get you moving with their dynamic, boundary-pushing sets, which makes it the perfect remedy for this winter cold.

After releasing her sophomore album, Us, last fall, the L.A.-based singer/songwriter/producer brings her sunny R&B to the Great Hall. Lorely Rodriguez first made a name for herself as a member of Brooklyn-based indie art rock band Celestial Shore before reinventing herself as the solo artist Empress Of. While her 2015 breakthrough debut Me paired experimental synthpop and weird sonic flourishes, Us is a full exploration into pure pop and slick R&B. Expect a long night of dancing – or in classic Toronto crowd fashion, enthusiastic head nodding and controlled swaying.

The former Hüsker Dü and Sugar frontman has had a hell of a history, and he just keeps releasing rock solid solo albums. The newest, Sunshine Rock (out February 8 on Merge), might be his most optimistic yet, blending his punk catharsis, power-pop hooks and even some string arrangements. Catch this band tour, which also includes Jon Wurster of Superchunk on drums. With opener the Drew Thomson Foundation.

The Toronto rock band have been refining their odes to drinking and partying with some late-20s soul-searching, and they’ve hit a new level with guidance from the Hold Steady’s Craig Finn. Ahead of their new album Optimal Lifestyles, their first for Dine Alone (out March 1), they’ll play what’s sure to be a fun and sweaty hometown show. RIYL fellow local pop-punk band PUP.

In 1970, deep listening pioneer Pauline Oliveros wrote an orchestral score called To Valerie Solanas And Marilyn Monroe In Recognition Of Their Desperation. The feminist, power-questioning piece will be performed in City Hall’s council chambers by Public Recordings, who’s assembled an experimental orchestra of musicians and non-musicians. With coloured lights and sounds, this is likely to be the liveliest the chamber has been since Rob Ford.

Here’s a good old-fashioned rock bill, front-to-back packed with local (and local-ish) bands, all united in their equal love of guitar noise and solid melodies. Those kinds of shows are getting rarer these days. Chastity will be premiering their full-length Death Lust video, Greys will be playing their first show in a long time and Casper Skulls, after parting ways with Buzz Records, are moving forward independently. Perfect time to see all three.

In 2014, CODA rose from the ashes of decade-old electronic music club Footwork in a new, bigger venue at Bloor and Bathurst, away from clubland. Five year’s later it’s fully established as a dance music haven, and it will celebrate with a two-part anniversary party. February 1 features Cuban-American DJ Maceo Plex, and February 2 brings Carl Craig alongside Greg Gow, Mike Gibbs and Jackie Spade.