The best Toronto concerts of July 2018

Big acts like Janelle Monáe, Radiohead, Lauryn Hill and Erykah Badu are all in town plus, Nano Mutek and the final Warped Tour 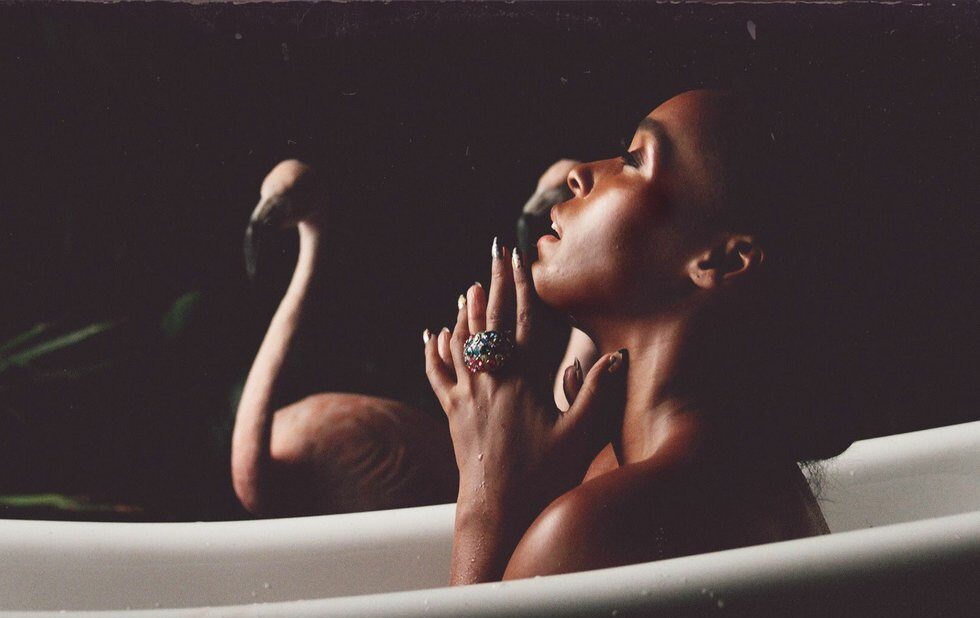 The genre-defying musician has yet to score a big hit single to rocket her into mainstream consciousness, but has steadily grown her audience thanks in large part to her incredible live presence. An heir apparent to go-for-broke acts like Prince or James Brown, Janelle Monáe concerts generally mix theatrical flourishes, audience participation and almost non-stop (and deeply satisfying) funk rhythms. And this time she’s coming to town in support of her best album, Dirty Computer. Not to be missed.

It’s been six years since the stage collapsed at Downview Park, killing Radiohead’s drum tech Scott Johnson. And while an inquiry into Johnson’s death is still ongoing despite the case no longer in courts, the English art rock band is making their return to Toronto. They play back-to-back shows at Air Canada Centre – aka the newly minted Scotiabank Arena – on July 19 and 20. Tickets for both concerts unsurprisingly sold out within minutes. While the band’s last album, A Moon Shaped Pool, was released in 2016, fans will likely be hoping to hear favourites like Karma Police, Creep and Paranoid Android from their back catalogue

The hip-hop icon has a rep for being late and difficult, but she also happens to be one of the most intense live musicians working today. Whether or you like the live, furiously played re-arrangements of her classic hits or not, you have to admit she’s a hard-working frontperson and intense rapper. This tour will feature her seminal The Miseducation Of Lauryn Hill album in its entirety and a stacked list of openers, including fellow rapid-fire rapper Busta Rhymes (who is back in town at Rebel on July 27 with Lil Kim).

The laid-back Australian overthinker/songwriter brings a new batch of songs from her excellent new album Tell Me How You Really Feel to Toronto for two nights. A mix of wry sarcasm and wordplay and intense introspection, Barnett’s music is sure to attract a very specific, but surprisingly far-reaching crowd. Call it a sign of the times.

It’s been a while since Erykah Badu blessed a stage in Toronto (five years – yes, we’re counting). Good news: the singular soul/R&B/funk star is coming to town to spin at legendary Art Deco venue the Carlu as part of the expanded AfroChic Festival under her Cooley High-inspired DJ alias, Lo Down Loretta Brown. The next day she’ll hold court for an on-stage chat alongside unnamed special guests.

Annie Clark hasn’t performed in Canada since 2015, but she’s doubling down this summer with a stop in Toronto and Montreal. Ahead of her performance at Osheaga, she’ll be at the Sony Centre. Unlike typical St. Vincent gigs with a backing band and visuals, this tour will see Clark performing songs from all five of her albums solo.

Feast In The East is bringing its music and food series back to the park with an outdoor show (and meal!) at Prairie Drive Park. In addition to art installations and dinner, veteran Indigenous singer/songwriter Eric Landry will bring his guitar-accompanied folks songs to the stage. Other performers include psychedelic country band The Highest Order, and Drag City freak folk duo Faun Fables. Vegan eats will be provided, free of charge, by chef Keithen Codner.

We’ve been huge fans of the Chicago rapper since we put her on our cover in 2015. The Timbaland-produced major label debut she told us about never saw the light of day, but she’s put out several mixtapes full of sung-rapped songs that incisively tackle love and loneliness. Her latest release, the six-track EP Pain & Pleasure, is no exception.

Cannabis won’t be legal by the time Sleep come to Danforth Music Hall after all, but you can still expect to see bongs being ripped in front of pubs all throughout the Danforth. The pioneers of stoner metal put out the Sciences, their first album in nearly two decades, in April (guess which day), and its titanically slow and heavy doom riffs are begging to echo through one of our city’s music halls. Are you blasting Marijuanaut’s Theme in anticipation yet? We are.

Ahead of Montreal’s big electronic music festival in August, Mutek has partnered with local promoter It’s Not U It’s Me for a teaser. This year, six artists on the rise in Toronto and Montreal are performing, including Korea Town Acid, who recently dropped her otherworldly debut EP Mahogani Forest, and E-Saggila, whose industrial techno and noise-inspired sets recently wowed crowds at CMW. Rounding out the main room are Scott Hardware, Richard Wenger, Ginger Breaker and ACOTE. Set at 2FL, a King West event space next to ping-pong bar Spin, a second room will showcase even more talent: DJ Name, Jaime Sin and Priori. Even if you’re planning on making the trek to Montreal this summer, this satellite show holds its own as one of the best electronic events of the summer.

Margaret Chardier’s noisey, droney, scraping, screaming confrontation was one of our highlights of Halifax’s Obey Convention. If any of those descriptors appeal to you, you should be at this Garrison show. It’s a seriously cathartic experience.

The annual beer and music series is making its way to Toronto for the first time ever. Located in the Distillery District, the one-day event features a Canadian indie rock lineup of Sloan, Tokyo Police Club, Land of Talk Mt. Joy and Taylor Knox, as well as other acts curated by Dine Alone Records. What goes better with music on a hot day than cold brews? Luckily, over 15 Mill Street beers and Brickworks ciders will be available on tap for $5.

The Los Angeles-based proto-riot grrrl band are playing their first local gig in three years. Last time, they had a crowd of mostly women swinging rubber dicks in the air to their thunderous 90s hits. (Even more memorably, a shitlist in the washroom listing alleged local music scene abusers stirred up conversation about sexual assault in the music scene.) This time, the foursome has some solid new tunes in their arsenal and are planning to release their first album in 20 years next February.

One of the buzziest acts coming to town this summer is retro-pop musician Mikaela Straus. She’s the first artist signed to mega-producer Mark Ronson’s label Zelig Records and her torchy queer love anthem 1950 found a fan in none other than Harry Styles, who recently tweeted the lyrics. She’s sold out two shows at the Drake so if you didn’t get tickets, you only have FOMO to fear: It’s probably a safe bet that she’ll be back to play a much bigger venue sometime soon.

The San Francisco black metal band has been controversial in metal circles since they started throwing shimmering shoegaze and dream pop textures into the typically unrelenting subgenre template, and the early tastes of the former NOW cover stars’ upcoming album Ordinary Corrupt Human Love adds even more colours into that bleak palette. So don’t expect your typical metal show crowd, but do expect a dynamic-filled sound adventure.

The travelling punk festival is calling it quits after this year, and though it has a checkered history whose toxicity has been showing itself long before #MeToo, it still feels like the end of an era. It’s probably best to let it die, but first there’s a nostalgia-filled lineup that includes alumni like Sum 41, Simple Plan, Reel Big Fish, Less Than Jake, The Used and Silverstein alongside current Hot Topic teen favourites like 3OH!3, Underoath, Assuming We Survive and In Hearts Wake.

Nostalgia is often strongest in summertime, so a Weezer/Pixies co-headlining tour makes sense. Everyone’s two favourite college bands will land at the Budweiser stage on July 14. The tour comes on the heels of Weezer’s 11th studio release Pacific Daydream (and in case you’re wondering, Rivers Cuomo is 48 years old), and lucky for Weezer fans, they havn’t changed all that much over the years. Expect to play air guitar with hundreds of other fans to the likes of Say It Ain’t So, El Scorcho, summer fave Island In The Sun and their new – charting hit! – cover of Toto’s Africa. Pixies will be there holding down their hits from the last three decades – yes, if you want to feel old: Surfer Rosa was released in 1988.

It’s been one hell of a year for Arcade Fire. After performing on Saturday Night Live for the fifth time and winning Album of the Year at the JUNOs, the Montreal band is heading back out on the road in support of Everything Now (again). Calling it the Everything Now Continued tour, their stop in Toronto is the only Canadian city on the list – albeit a slight step down from the Air Canada Centre, where they last played. See the world’s biggest indie band live at Budweiser Stage.