A bucket list concert from Massive Attack, the return of Robyn, #JusticeForGlitter and more shows you can catch this month 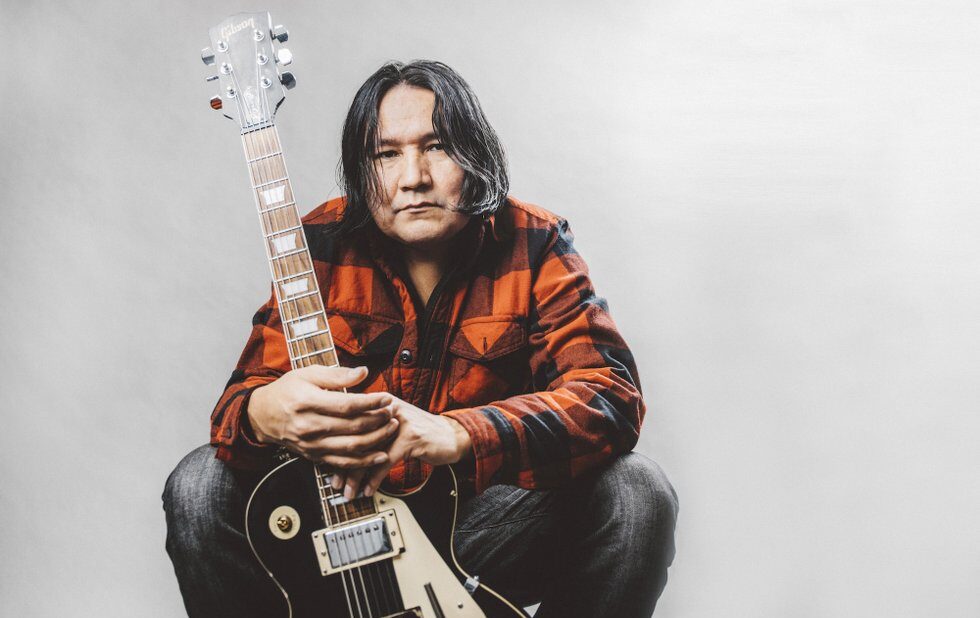 Bucket list alert: Not only are British music heavyweights Massive Attack doing a 21st anniversary tour for their beloved Mezzanine album, but they’re bringing along Cocteau Twins’ Liz Fraser – meaning  she will sing Teardrop live(!). Of course, there are other reasons to see Robert “3D” Del Naja and Grant “Daddy G” Marshall on stage: they are tastemakers in the realm of concert visuals. Their 2006 gig at the Carlu featured audio-responsive visuals before that was a thing. The Mezzanine XX1 promises  “custom audio reconstructed from the original samples and influences,” all-new visuals, long-time collaborator Horace Andy on vocals, plus more collaborators to be announced. Yes, it’s sold out.

The Swedish pop star, massively adored in pop music-loving Toronto, plays her first local solo headlining set in nearly eight years. She’s swung through with Röyksopp in 2014 and did  Field Trip in 2016, and now comes in support of last year’s beautiful Honey album (number two on our best albums of 2018 list). In other words, people have been waiting for this album and tour for a minute… so good luck scoring tickets.

The R&B icon scales down from arena status to a soft-seater, but don’t be deceived: Mimi’s core fanbase is as impassioned as ever and she’s on the road in support of Caution, one of her best albums. So in addition to the usual mega-hits, expect a set list heavy on selections from the new record plus deeper cuts dedicated to the die-hards willing to pay arena-level prices for a more intimate experience. #JusticeForGlitter

The 25-year-old Long Beach rapper is known for keeping it unflinchingly real, both in interviews and on stage. In addition to his own hard-hitting songs, which are perfect for the stage, he’s been leaving the shows on this tour on a sad note, ending with Mac Miller’s full Tiny Desk concert, recorded just months before he died. DIY hip-hop artist Jpegmafia’s punk energy is the perfect complement to Staples.

If you don’t know her from her balaclava-clad look or her feisty and minimal new album, Acrylic, you might know the masked rapper’s songs from the HBO series Insecure. Like a lot of Insecure soundtrack rap (a subgenre that definitely exists), it’s stylish, ineffably cool and casually feminist, though hers is a bit brasher than a lot of the music you might hear on the show. Like if Missy Elliott and MF Doom’s music gave birth.

Yellowknife band Digawolf’s Yellowstone album is an early contender for one of the year’s best. Recorded in a barn in Denmark, the album alternates between beautiful, sonorous ballads and grimy, blistering ragers that nicely complement singer/guitarist Diga’s (aka Jesse James Gon) world-weary vocals. Originally from Behchoko in the Tlicho nation, he sings in both English and Tlicho, which is an officially endangered language with fewer than 2,500 remaining speakers. Catch the group at the intimate Burdock before they inevitably upsize to bigger rooms.

Hot off her recent Grammy win for best R&B song, the 24-year-old Brit brings her tour to Toronto with support from Kiana Ledé and Lucky Dae. Sway to Ella Mai’s smooth and rich vocals as she delivers songs from her 2018 self-titled debut album, including Grammy winner Boo’d Up and the 90s style groover Trip. Catch her now before she starts selling out stadiums.

Body/Head is one of the many creative projects Kim Gordon embarked on in the wake of Sonic Youth’s messy, public demise in 2011. The noise music icon’s experimental electric guitar duo with Bill Nace has released two albums over six years, including last year’s broodingly minimal The Switch, but they have never played live in Toronto. Their upcoming concert marks an all-too-rare local appearance for Gordon – her last gig in town was Sonic Youth’s Massey Hall show in 2009.

This four-day festival debuts this year to address the gender imbalance within the improvised music scene in Toronto. “We wanted to envision something different, to book at least 50 per cent female performers, but with the excitement we got from the community it ended up being more than 70 per cent,” says co-organizer Bea Labikova. With four shows at four different venues (Wenona Lodge, Tranzac Club, Arraymusic and Burdock), the lineup features jazz, free improv, avant-garde, electronic music, dance and poetry. Performers include Kayla Milmine (the festival’s other co-organizer), Tova Kardonne, Christine Duncan, Laura Swankey, Ashley Urquhart’s Colour and Noise, New Chance and many more.

Travis Scott just had the biggest year of his life, and now he gets to spend the next one taking a victory lap. The Houston rapper already brought his Astroworld: Wish You Were Here tour to Scotiabank Arena in November, and he’ll be back for the second leg on March 7. Now you know what to expect: a full-fledged recreation of Scott’s hometown Six Flags Astroworld park as a big-budget hip-hop tour. Fireworks, moshing, roller coasters, giant gold statues of his own head – it’s his regular high-energy live show turned up to 100. And maybe this time a Drake cameo for Sicko Mode?

Join local DJs for an afternoon of electronic music live-streamed from Intersessions Clubhouse, the three-month pop-up residency in the backspace of lululemon’s flagship store. Hosted by Intersessions co-founder Chippy Nonstop and DJ Karim Olen Ash, both part of NOW’s sound of Toronto, the lineup includes Bambii, Young Teesh, Babygirl and Miles Freedom as well as sets by Chippy and Karim. Join the free party or stream it online.

Multi-instrumentalist Yves Tumor’s Safe In The Hands Of Love album was a highlight from last year, as was his opening set for Blood Orange at Danforth Music Hall. On stage, the artist also known as Sean Bowie is full of sleazy glamour but his music is harder to pinpoint – it basically sounds like a bunch of other genres melting into one another with snatches of hooky melodies floating above the fray. Stand-out single Noid, which just got a politically charged music video, is the perfect example.

Homeshake, Peter Sagar’s blissed-out indie pop project is coming back to Toronto, and he’s bringing support from an artist you might not know you know. Yves Jarvis is the new moniker of Montreal musician Jean-Sebastian Audet (about the 12th or 27th from our unscientific count). Formerly known as Un Blonde, the singer/songwriter has a new album, The Same By Different Means, and a sound that builds off the warm but minimalist fragmented soul of his recent work.

The mysterious Rrose stops in Toronto for a hard techno rave. The veteran producer, who takes their name from Marcel Duchamp’s alter ego, is known for their experimental, industrial sound and prolific discography. Expect to hear heart-pounding techno as Rrose is joined by local artist Edna King, recently named one of NOW’s ones to watch, along with a big lineup that includes Measure Divide, Ryan Lamont and Equus. Their confluent styles will provide a night of atmospheric, mind-bending bleeps and bloops.