The star-studded launch of a new arts incubator, a free pop hero Christmas show and some superstar hip-hop beef – all happening this month 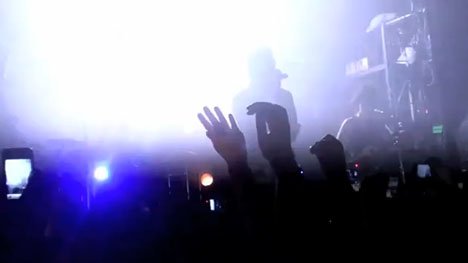 In May, La Mar Taylor and Ahmed Ismail announced the formation of Hxouse, an incubator for the next generation of Toronto creatives. In an interview with NOW, Taylor had ambitious plans to empower young artists, musicians and directors. Now, with the help of Taylor’s collaborator and XO label figurehead The Weeknd, Hxouse is getting a splashy two-day launch to match the big talk. It’s called Open HXOUSE and it culminates in a blockbuster concert at Rebel headlined by the Weeknd and featuring labelmate/fellow Toronto breakout Nav, along with shadowy R&B/pop bedfellows Bryson Tiller and The Neighbourhood. The Weeknd’s fully graduated to arena status now, so this is likely going to be way, way sold out.

Good news, Jepheads: Carly Rae Jepsen is about to be Queen of Holiday Window Unveilings. The grown-up conduit to all your teen emotions will be playing a set to commemorate Hudson’s Bay and Saks Fifth Avenue’s third annual unveiling. The bar has been set high (and reportedly expensive) by the first two years’ performers: Mariah Carey and Pentatonix, but Jepsen’s hordes of adoring fans are sure to pack Queen and Yonge for the free afternoon performance. Toronto singer/songwriter Johnny Orlando will be opening, and there will be a milk and cookie bar, a snow globe customization station and the iconic huge piano from FAO Schwarz, which is new to the city.

A large portion of the media attention rapper Pusha T has received since the release of his Kanye West-produced Daytona album has been about his feud with Drake, which recently involved the former Clipse member attempting to sow discord in the OVO camp by outing producer Noah “40” Shebib for gossiping about Drake’s secret love child. Would he dare to continue the soap opera on stage in the home of OVO?

Local artists like Born Ruffians, Alvvays, Daniel Caesar and more have been loving multi-night stands lately, and now Bahamas is getting on board. Afie Jurvanen and his band are playing are playing five shows in four days, including a seated family matinee on November 4. Jurvanen already played a couple of local release shows for his soulful new album Earthtones – an intimate Massey Hall show and a skating show at Harbourfront Centre – so that makes seven in one year, for one album. To keep things fresh, Jurvanen is letting fans dedicate songs, using him as a conduit. Go to bahamasmusic.net, pick a song, write a little message and he’ll read it onstage. A new level of stage banter.

In just four years, Hayden Desser and Christie Greyerbiehl’s Dream Serenade has become a Massey Hall institution – its stories wound up in the venue’s history – with memorable moments from the National to Feist to Gord Downie. With Massey Hall now closed for renovations, the fifth edition of the benefit for the Beverley Street School and services for children with developmental and/or physical disabilities and their caregivers has a new home: Roy Thomson Hall. Still big and gala-like, this year’s event brings singer/songwriter/organizer Hayden alongside guests City and Colour, Barenaked Ladies, The Rural Alberta Advantage, Owen Pallett, Weaves and Iskwé. But as always, expect some surprises.

Kamasi Washington only communicates in grand statements. You hear them in his music – like on his aptly named 2015 LP, The Epic, or on his new cosmic double album, Heaven And Earth – and in his interviews, where he’ll connect the dots between social justice, religion, the planets and modern musical composition. He’s a major voice in the new Los Angeles jazz renaissance – led by the Brainfeeder crew, which includes Thundercat, Flying Lotus and others – and his saxophone carves new paths through both traditional sounds and modern techniques. Expect an epic feel-good performance from both Washington and soulful opener Butcher Brown.

A year after Meg Remy played double shows at the Tranzac, and six months after a stint at the Horseshoe (for which she appeared on the cover of NOW), she’s back in town headlining Lee’s Palace. Consider it her victory lap. The Toronto-based singer/songwriter has been touring songs off the political pop opus In A Poem Unlimited, her sixth studio album as U.S. Girls, for the better part of the year. And she’s showing no signs of slowing down.

Stormi Webster’s dad returns to Scotiabank Arena after appearing on stage with hometown hero Drake this summer. His Astroworld: Wish You Were Here tour supports the rapper’s third studio album, which produced some of this summer’s biggest hits, Sicko Mode and Butterfly Effect. Rap along to those songs as well as older tracks like Wonderful, which featured another Canadian (the Weeknd), and Goosebumps. No word on whether there’ll be any guest appearances, but rising star Sheck Wes, who gave us trap anthem Mo Bamba, is opening.

The singer/songwriter marks the 20th anniversary of her landmark Car Wheels On A Gravel Road album with two shows at two venues. Fusing Southern rock, blues and folk, her Grammy-winning fifth album is now widely considered to be a defining album in Americana music and was her biggest commercial success. Its songs are fan favourites at her live shows and now is your chance to hear the whole thing: she and her band Buick 6 are doing the album in its entirety, followed by a second set of songs from throughout her career.

We can almost consider this a hometown show, even though H.E.R. is not a Toronto artist. For starters, she followed the Weeknd’s path from shadowy and anonymous upstart to major label artist with big co-signs, followed by an “unmasking.” She’s also had some big collabs with hometown boy Daniel Caesar, whose soulful vocals complement her own sultry, Lauryn Hill-referencing hip-hop/R&B style perfectly. Gabi Wilson – yup, she’ll let you know her name now – is rapidly gaining confidence and stage presence, which makes this I Used To Know H.E.R. tour a good place to jump on. 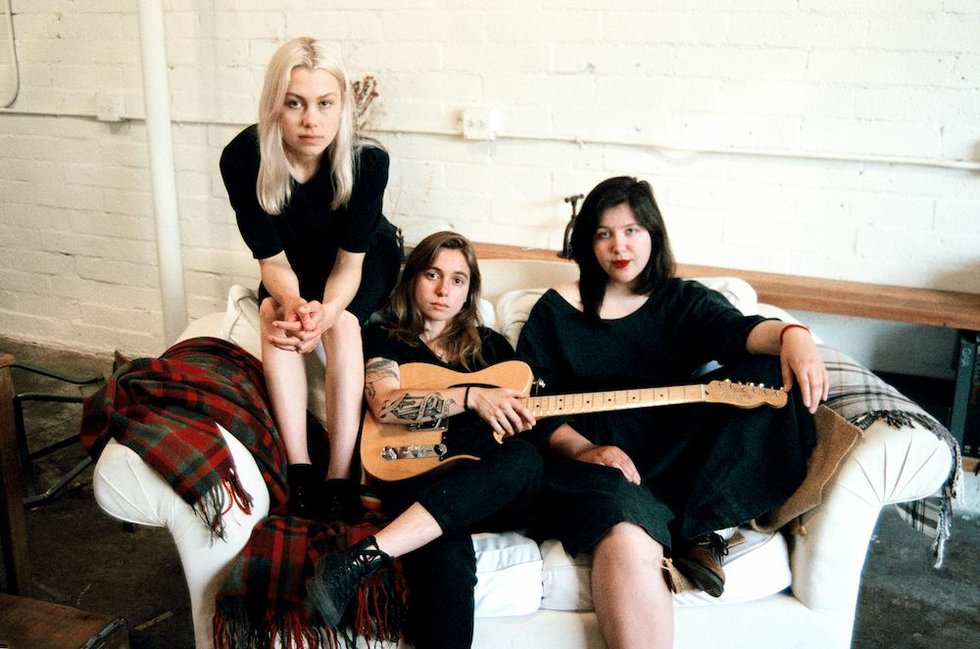 The word “supergroup” gets thrown around a lot, but it feels absolutely necessary to describe Boygenius, the new band comprising indie rock singer/songwriters Julien Baker, Lucy Dacus and Phoebe Bridgers. While their self-titled EP (out November 9 on Matador) showcases the distinctive features of their solo work – Baker’s vocals yearning and soaring, Dacus’s anchored yet forlorn, Bridgers’s featherlight – when the three musicians harmonize they create a style that’s wholly their own. That makes their first Toronto show as a trio a can’t-miss.

Felix Clary Weatherall doesn’t look like Ross Geller. He doesn’t even sound like Ross that time he started playing keyboard again. Thankfully, the British producer’s style of dance music is a lot more laid-back and crowd-pleasing. His debut album, Family Portrait, released earlier this year, features the kind of hazy, lo-fi breakbeat-laden house that makes listeners nostalgic for the 90s. He’ll be joined by Korea Town Acid, so lace up for a night of four-on-the-floor dance beats.

Darren J. Cunningham, who performs as Actress, is headlining a full-scale audio-visual experience at a warehouse space at 500 Keele. Presented by Forth, the electronic show features a diverse lineup of artists who continue to push the limits of experimental techno. It’ll be a rare live set from the English producer. Toronto’s Egyptrixx and Emissive will warm up the stage, while Forth collective member Hadi closes the night with lively dance cuts.

Once dismissed by rock bros as MOR arena dinosaurs and now reclaimed as the hip precursors to a generation of butter-smooth indie rockers, Fleetwood Mac feel more 2018-vital than a lot of their peers still charging big bucks for nostalgia tours. They’ve even let go of long-time member Lindsey Buckingham, not especially amicably (they’re somewhat known for that). But replacements Mike Campbell of Tom Petty & the Heartbreakers and Neil Finn of Crowded House make this version of Fleetwood an almost-supergroup.

The midwestern indie legends just put out their 12th album Double Negative on Sub Pop, and it’s their best and most challenging work in ages – easily one of their best. Though they’re the band most associated with the slowcore genre, this album is about a lot more than tempo. It’s droning and menacing, political, often sneering, with a palette of sounds that goes well beyond their usual minimalist set. This will be a different Low set than the ones you’re used to.

Berlin-based vocalist Anika Henderson provides a calming anchor for industrial and rhythmic post-punk soundscapes from Mexico City-based multi-instrumentalists Hugo Quezada and Martin Thulin. On tour behind their second album Obey, the group exist in a sweet spot between meditative and dancey – basically two sides of the same coin.

The Toronto-via-Montreal-via-Edmonton rapper has been playing and speaking around town, but it’s been awhile since he’s had a proper hometown show. It’s about time he did – so much of his recent stuff, from the recent collaboration with local Bedroomer producer Eytan Tobin to the gentrification meditation of his High Rise video, puts him well into the city’s hip-hop and electronic scenes.

The Montreal rapper has been building buzz since the release of his second album. He’s still too often described as “Kaytranada’s brother” – he has his own distinct style, though it does hit with that same funky swing. (Kaytra did, after all, executive produce the album). Phelps is a dynamic performer, though, one who can ignite a dance floor. As the weather gets colder, we need it.

Captured Tracks has become one of the most respected indie record labels in just a decade, and they’re celebrating their 10th anniversary with a compilation from some of the breakout label roster and alumni, like Mac DeMarco, Wild Nothing and the Soft Moon. But that’s not how they’re celebrating in a live setting. Instead, the label’s 10th anniversary tour puts the spotlight, as it always has, on who’s next: intense American singer/songwriter Lina Tullgren, menacing New Zealand power trio Wax Chattels and British buzz band Drahla. Bonus, there will be a “Demo Dungeon” drop box for label hopefuls to leave their music (a card with a stream link, not a CD or download).

Few could have predicted the career trajectory of singer/songwriter Daniel Romano back when he was playing in the Welland, Ontario indie-punk band Attack in Black. About to release his eighth solo album in eight years (not counting side projects), he’s firmly established himself as an unpredictable psychedelic rock country troubadour with a side of power-pop. He’s celebrating the day of release for Finally Free with a blowout at Lee’s Palace, also featuring intense local band FRIGS.