From local hardcore heroes to Halloween concerts to a lo-fi legend, these are the 20 shows we can't wait to see this month 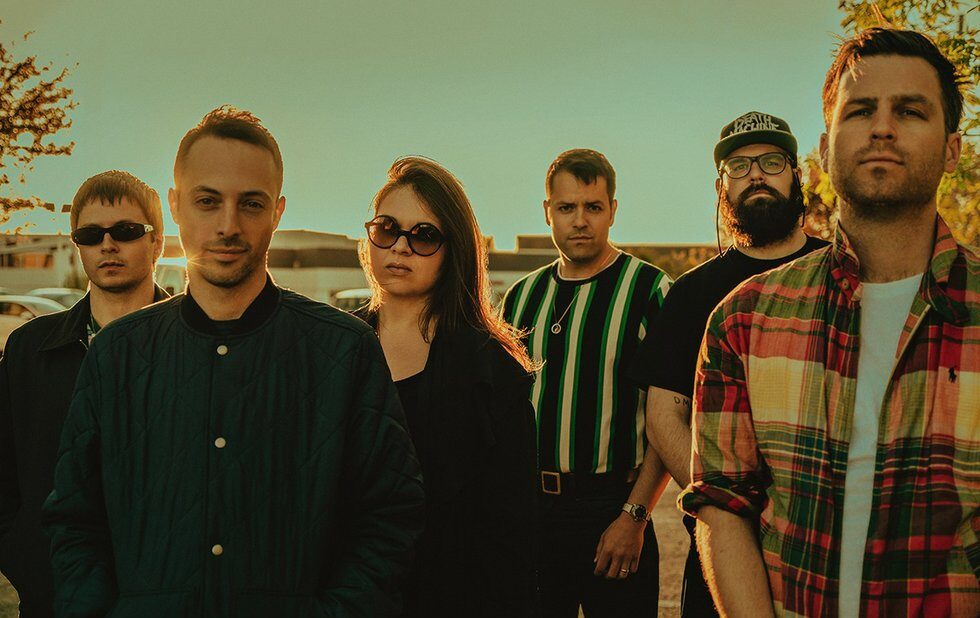 Fucked Up’s about-to-drop new album Dose Your Dreams stretches them in all sorts of directions, both within their brand of everything-at-the-wall hardcore and, somehow, way beyond it. For the first time, Damian Abraham is not the only lead singer, sharing scream-space with others in the band plus all sorts of guests from all over the genre map. Like the Long Winter concert series, which sprung from the band, it feels like every corner of Toronto’s ever-sprouting music scene united in one effort. So what will it sound like live? Good question. Fittingly, there’s an eclectic group of openers, from solo electronic to retro pop-rock to original-blueprint hardcore.

Liz Phair’s been held to an impossible standard since 1993’s Exile In Guyville. How do you follow up a debut album that basically set the template for a generation of self-deprecating yet confident, frankly incisive singer/songwriters? (Case in point: opener Speedy Ortiz.) The answer comes 25 years later with the release of Girly-Sound To Guyville, a box set that includes all of her lo-fi tape recordings leading up to it, which might be Phair’s best mode. This Amps On The Lawn tour is the first time many of these songs will be played live.

3. NICK CAVE AND THE BAD SEEDS

Nick Cave and the Bad Seeds are making the jump to arena status after a years’ long tour through all of the city’s soft-seat theatres. It’s a surprise leap forward, but we know the Aussie singer and his current touring band – Warren Ellis, Martyn Casey, Thomas Wydler, Jim Sclavunos, George Vjestica and Larry Mullin – can work a hockey arena full of fans, especially right before Halloween. Sophisticated and apocalyptic, Cave subverts the classic frontman archetype while also being a classic frontman.

Red Bull dipped its toes into our city last year with its 3 Days In Toronto series, and the sugary energy-drink makers/music selectors must have had good results they’re now back with a whole festival. More than a typical branded festival, the six-show event feels embedded in the city, giving local artists opportunities to do interesting things at interesting places. Shows include Alice Glass and Floria Sigismondi’s audio-visual team-up, a night of improvised duets with artists like Tanya Tagaq and Matthew Progress, a vogue ball at the Design Exchange, a conversation with Scott Storch, a collaboration between DVSN and members of the Toronto Symphony Orchestra, and last but not least, a showcase of rising Toronto hip-hop with Lil Berete, Yasmine, the Sorority, Ebhoni and Pilla B.

On this summer’s Negro Swan album, Dev Hynes has made the fullest realization of his Blood Orange moniker yet: it’s challenging yet silky smooth, a nuanced take on political, progressive R&B that looks simultaneously inwards and outwards. That’d make this two-night stand a must-see on its own, but opener Yves Tumor pushes it over the edge. His strange version of pop experimentalism/performance art is hard to explain, but it should add an unpredictable edge to the show.

Cat Power took some record label lumps on her last album Sun, but she’s totally revitalized on the new Wanderer. After her experiments with synthesizers and auto-tune, the album marks a gorgeous return to the introspective folk that Chan Marshall built her career on nearly two decades ago. Not to mention a Rihanna cover and a duet with Lana Del Rey.

The path to staying authentically DIY and punk has become murky, but if there’s one festival that’s managed to stay clear of bullshit, it’s Not Dead Yet. The annual punk and hardcore festival crams 14 gigs across five days, plus art, book releases and more. Ticket prices are low, most of the shows are all-ages and they’re as accessible as they can possibly be. Some bold names include Sheer Mag, Swearin’, New Fries, Moul D, Mil Spec, Big Bite and Year Of The Knife. You can’t go wrong just picking a night and diving into the pit.

It’s been a minute since the Swedish singer/songwriter has performed in public (she got married and had a child after 2014’s I Never Learn). In June, Lykki Li released So Sad So Sexy, and now she’s bringing that tour to Toronto, along with Yola Mezcal, her women-run liquor brand. Her latest album sees Li’s signature brand of sad-girl indie pop laced with trap music, but her song titles remain emo as ever: Deep End, Hard Rain and Sexy Money Feelings Die, to name a few. Buzzy LA hip-hop duo TiRon & Ayomari are opening.

It’s always a thrill to see an artist live after a big leap forward, and Mitski’s NNNNN-rated Be The Cowboy, which came out in August, definitely qualifies her. On it, the singer/songwriter – already a talented musical scribe of complicated emotion – experiments with personas and pop styles, all within two- and three-minute song lengths. It’ll be curious to see how that translates to the stage. At the very least, you can expect her to fit a lot of songs in the set list.

Asians to the front at the launch of this community space/initiative celebrating pan-Asian diasporic narratives. Join DJs Darth Martian, Kuya Rain and Iced Misto alongside MC Hannia Cheng at the daytime party in the basement of Chinatown Centre. In addition to music, there will be a pop-up shop with over a dozen local vendors, live mural painting, dance battle, arts and crafts table, Smash Brothers tournament and karaoke competition. Collect your crew, it’s time to subvert what it means to be fresh off the boat. 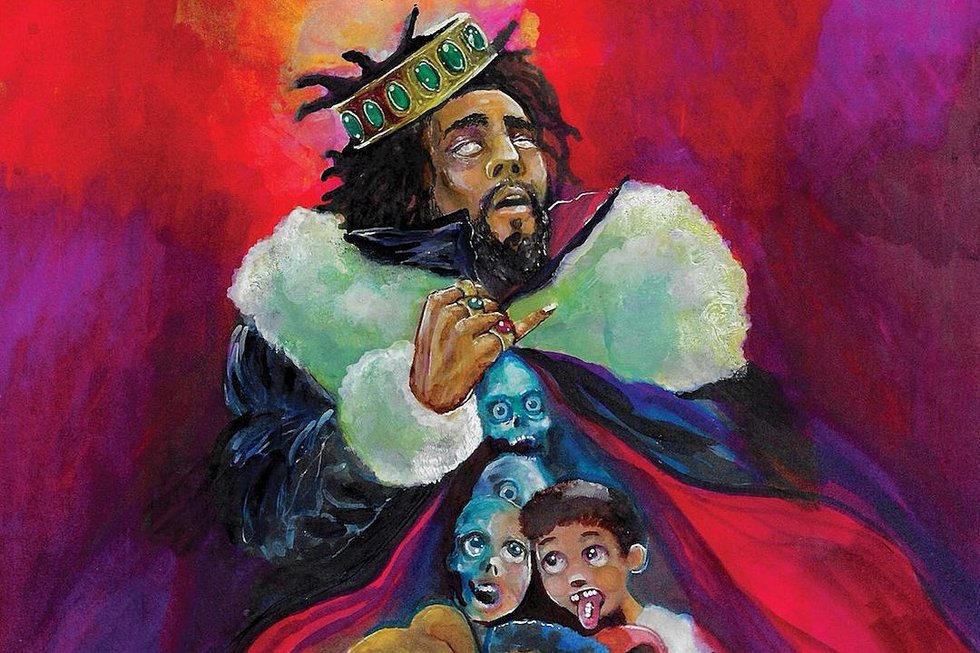 You wouldn’t expect a rapper with such an old-school authentic-minded approach as J. Cole to put together such a young, eclectic and forward-looking roster of openers for his arena tour, but this should be an interesting one. Young Thug (if he makes it over the border with his recent legal troubles) at the Scotiabank Arena would be cool enough on its own. But Cole’s graduation to the ranks of Drake, Jay-Z and Travis Scott as arena rappers on the back of his recent album KOD is a good reason to turn up at this one.

The Brooklyn-based electronic music producer already played Toronto earlier this year (selling out Velvet Underground in April). Well, she’s back, this time at the bigger Danforth Music Hall for her One More tour. Expect to get hyped to songs like Raingurl, Drink I’m Sippin On and her latest, One More, which features Yaeji’s signature soft vocals singing in Korean over undeniably danceable beats.

Japanese music enthusiast Steven Tanaka’s labour of love is travelling to Tokyo every year and scouting out his favourite acts from the city’s indie and underground scenes. You never know quite what you’re going to get, but it’s always interesting and always fun. This time around, expect energetic post-punk, math rock, garage rock from Mass Of The Fermenting Dregs, Otori, Elephant Gym, Paranoid Void and UlulU.

Somehow Damon Albarn’s cartoon pop project have become music scene veterans, and with their newest album The Now Now they’ve become very comfortable adapting their real/virtual production to an arena spectacle. Expect both animated spectacle and well-crafted pop music, plus a chilled-out opening set from The Internet, who are now gelling like never before.

There’s some seriously incendiary, funny, charismatic and confrontational hip-hop coming out of First Nations communities, and Haisla duo Snotty Nose Rez Kids have suddenly thrust it into the spotlight with their 2018 Polaris-nominated mixtape The Average Savage. They headline this year’s RPM-presented The Beat concert as part of the imagineNATIVE festival, along with Inuit throat-singing/beat mashup Silla + Rise, Oakland-based Guanajuato rapper Chhoti Maa and Winnipeg producer Boogey the Beat. Expect a high-energy, no-filler night from top to bottom.

Last year was billed as the final year for Dan Burke’s annual Halloween bash, but we won’t complain about this zombie resurrection. Members of local bands dress up and team up to play whole sets as another band. It’s a simple concept, but one that never seems to get stale, partly because of the band’s they pick, partially because it’s fun to see what everyone – the musicians and the crowd – dresses up as. This year, you can expect members of Nyssa, Vallens, Mimico, Weaves and others playing as Radiohead, Rob Zombie, New Order, Cyndi Lauper, Big Star, Jefferson Airplane and more. And stay tuned to NOW later this month for full Halloween party picks, including this one from Venus Fest.

It’s the first tour in decades from this British pop artist, who’s spanned disco, electronic and various phases of art pop. Expect the cult audience to show up for her deep cuts, and for the room to ignite when she launches into well-known hits like All Around The World. This is a rare one.

18. Florence and the Machine, Grizzly Bear

The English grand pop project led by Florence Welch bring their stadium anthems to Scotiabank Arena in support of High As Hope. While the 2018 album features a more stripped-down production on singles like Hunger and Sky Full Of Song, Welch’s emotive vocals are as powerful as ever.

The DJ, producer and visual artist born Joseph Richmond Seaton, better known as Call Super, heads to Bambi’s at the start of the month. While his 2017 album, Arpo, might best be described as warm, glistening experimental techno, the Germany-based Seaton brings more uplifting and directional electro to the dance floor. Catch him alongside locals Sergio SP and Ciel in what is guaranteed to be a positive, feel-good night.

The Music Gallery’s annual festival of new music has been exploring the changing conception of Canadian music the last few years, and this year it hands the curatorial reins to Bear Witness of A Tribe Called Red. The theme is “The Halluci Nation,” playing off ATCR’s 2016 album We Are The Halluci Nation, building a coherent political and aesthetic sensibility from diverse inspirations. Acts include acts Texas cumbia artist El Dusty, local electronic producer Ziibiwan, hip-hop group Above Top Secret and dub poet Lillian Allen, among others. Find the full lineup here.