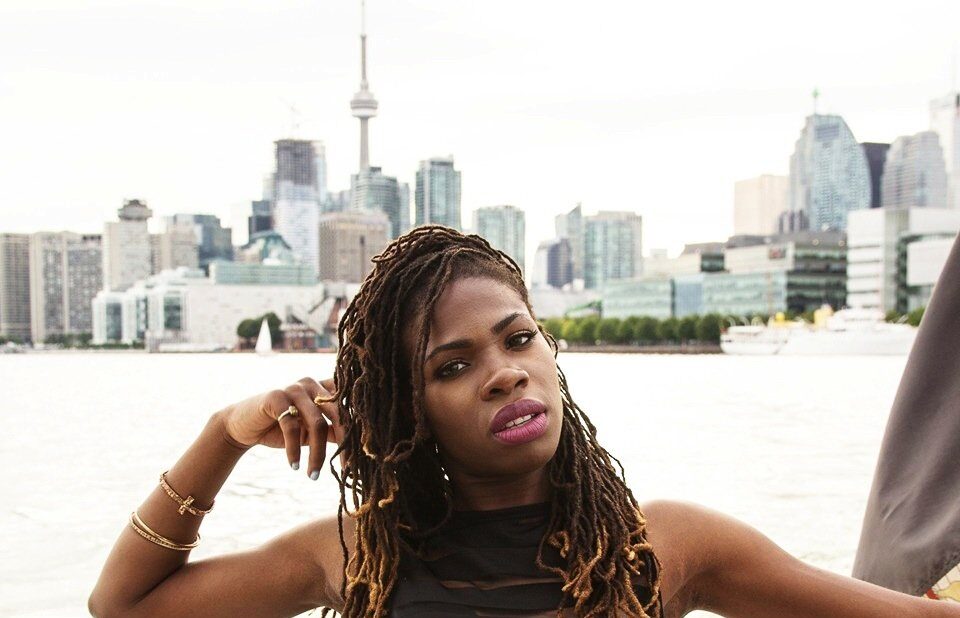 Haviah Mighty takes International Women’s Day seriously. This year, the Brampton-born rapper has released the new single and video for In Women Colour, a fierce anthem celebrating the strength of Black women. Co-produced by Toronto’s Obuxum, In Women Colour follows 2017’s Flower City. Since then, the young MC has grown in confidence and swagger not only as a solo artist, but as a member of the all-women rap group The Sorority, which happens to mark its third year in existence on IWD, as well. MICHELLE DA SILVA

The Filipino community is one of the most vibrant in Toronto yet still lacks visibility in media, politics and entertainment. Changing that narrative is fiery MC HanHan, whose bold sound takes on the immigrant experience, politics, gender and female empowerment. While her anticipated sophomore album won’t be released until fall, she’s giving fans something to tide them over with her International Women’s Day release, Mare.

“The song is about challenging the stereotype of what is FILIPINA,” explains the nurse-by-day-rapper-by-night via email. “Being subservient, modest and ‘nice’ [and] how these stereotypes do a disservice to women of colour.” Featuring Lex Junior and members from her former collective, Santa Guerrilla, the hip-hop track addresses multiple aspects of Filipino womanhood: mistreatment (by men and self), political corruption (Imelda Marcos), even female protagonist in Philippine literature – layered over bluesy beats and traditional instruments. CHAKA V. GRIER

The latest from local label Bare Selection is the debut release from Toronto producer Kyle Smith, better known K-Notes, and it’s another taste of the label’s gap-bridging between hip-hop and electronic scenes. The multi-instrumentalist has been honing his chops producing for other artists including Justine Skye, Notifi and K. Forest. On March 11, he’ll drop his three-track EP and we’ve got a preview below to give you a taste of what to expect. Red Light has a dark vibe elevated by its hip-hop beat and moody melody. It’s the perfect score to late-night cruising. MDS

Best known for his live electronic monthly Frequencies at Handlebar, singer/songwriter, producer and multi-instrumentalist Ted Kennedy has released a fresh single following his 2016 EP Lost. Forty is surprisingly radio-friendly pop considering the song was inspired by a friend’s struggle with opioid addiction. “The song is about saying goodbye to someone you love, surrendering them to something beyond your control and hoping with all your heart that they will come back to you,” Kennedy explains. Produced in collaboration with Toronto’s Jim Junior, Forty’s glossy finish is balanced by Kennedy’s steady baritone vocals. If this track becomes your spring earworm, we won’t be surprised. MDS

The latest project out on Toronto’s Bedroomer label is a down-tempo EP from Nigel Edwards, who goes by the moniker NOMVDSLVND. More Harm Than Good Part 1 combines elements of ambient techno, R&B and experimental electronic to create moody soundscapes that are at once melancholic and futuristic. Vocalist Boko Maru gives major FKA Twigs vibes on the ethereal Self, while Pink is a drum-driven pseudo-dance track. The song Flowers While You’re Here will soon get a music video by Jessamine Fok, the winner of Charlotte Day Wilson and Fantavious Fritz’s Work Film Grant. Catch NOMVDSLVND playing a live set opening for Sinjin Hawke and Zora Jones at the Drake on March 21. MDS

This week’s #NOWplaying playlist features plenty of new music from Toronto you should hear, including the return of Greys, new music from Tanya Tagaq, Tre Mission and more. Plus the song that just won heavily Drake-influenced Toronto rapper Shopé CBC’s 2019 Searchlight contest, and we finish with this week’s NOW cover stars PUP. Listen below and subscribe here for a new playlist every week.