Plus: Drake's Scorpion rises and Baby Cages unite their communities 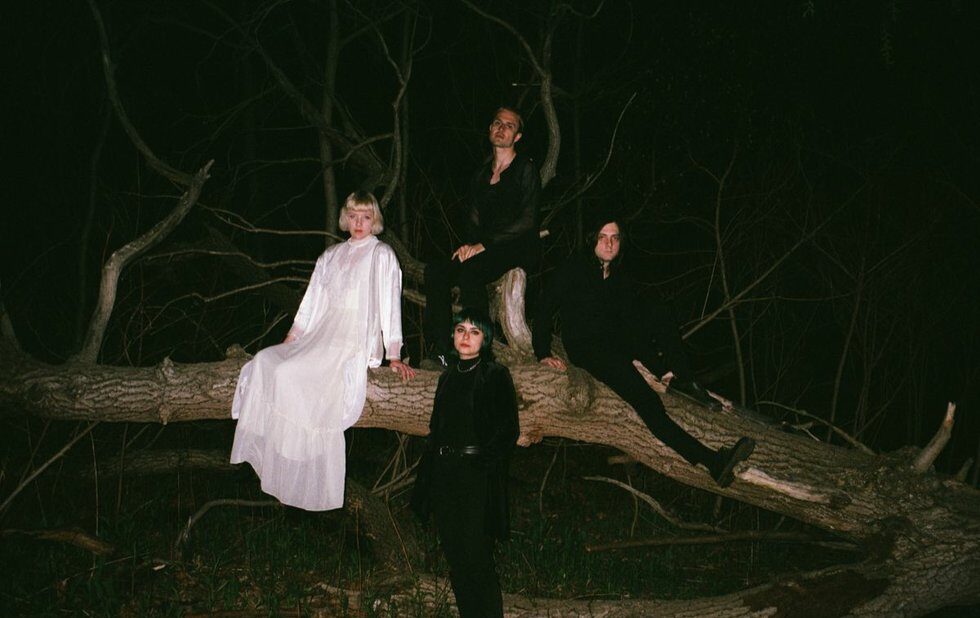 There’s a long weekend coming, and Drake is back with a new album. There’s something about Canada Day that just brings out big statements from the guy and this year is no exception. The Scorpio has risen! No, not with Scorpio Rising, but Scorpion! Today marks the release of the artist’s brand new 25-track (!!!) album – stay tuned for a review once we’ve digested it all. Between that and the new tracks we’ve highlighted below, this week’s #NOWplaying should give you plenty to dig into over the next three days.

Few local bands could make quite the entrance Dilly Dally have with their returning single, I Feel Free. It’s thought that the dead rise when they have unresolved issues, and as the video makes explicit, despite turmoil within the band, the music they’ve got left in them brought them back to life. It was hard to talk about the material from their 2015 debut Sore without mentioning the Pixies in the same breath, but I Feel Free isn’t encumbered by the weight of any such influence. It’s a headstrong return from the band still full of promise. Their new album Heaven will be out in September.

Nue’s Nightfall has already garnered a lot of attention and praise since its release in February, but this Toronto-centric remix featuring One To Watch Pressa is bound to give it a second wind. The song’s production captures the sleepy, almost suspended feeling of dusk while Nue and Pressa imbue it with their own pensive energy, like a moment of clarity before the night’s debauchery subsumes them both.

Though Petra Glynt is now based in Montreal, New Growth is the first glimpse of the artist’s forthcoming first LP for Toronto label Pleasence Records. New Growth has a darker energy than the songs on her previous album This Trip, but considering her next album is called My Flag Is A Burning Rag Of Love that might not be all that surprising. As ever, Petra Glynt’s gift of beguiling rhythms, vocal prowess and potent politics are the main draw here. The album is out September 7.

More highlights from this week:

Songwriter Dorothea Paas has released a stripped-down, four-song “tour tape,” aptly titled One For The Road.

Baby Cages have released the visual album Bitter Melon. Each of the videos were “created by casts and crews exclusively comprised of women, non-binary people, and members of LGBTQ2+ communities” and are very clearly a labour of love and community.

And don’t miss this week’s #NOWplaying playlist below. Subscribe here and get a fresh one every week.