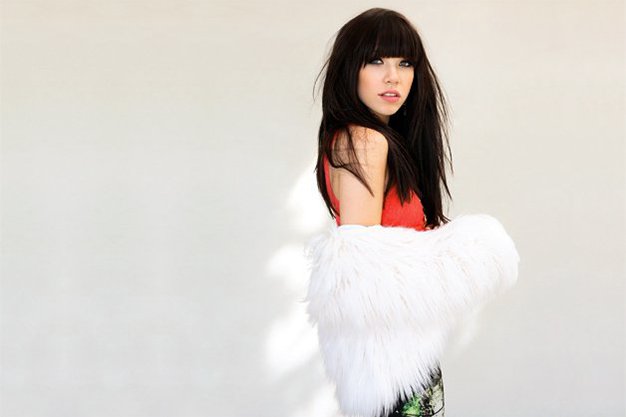 Good news, Jepheads: Carly Rae Jepsen is about to be Queen of Holiday Window Unveilings. The grown-up conduit to all your teen emotions will be playing a set to commemorate Hudson’s Bay and Saks Fifth Avenue’s third annual unveiling.

The bar has been set high (and reportedly expensive) by the first two years’ performers: Mariah Carey and Pentatonix, but Jepsen’s hordes of adoring fans are sure to pack Queen and Yonge for the free afternoon performance, this Sunday (November 4) at 4 pm.

It helps that, despite her CanCon credentials, Toronto concerts by Jepsen are relatively rare – and when they do happen, they tend to be stately ceremonial affairs rather than pop blowouts. This likely isn’t a full concert either – these things are typically just a few songs – but with a new one coming out this week, and at least one killer Christmas cover in her arsenal, it should satisfy.

Toronto singer/songwriter Johnny Orlando will be opening, and there will be a milk and cookie bar, a snow globe customization station and the iconic huge piano from FAO Schwarz, which is new to the city. Maybe Jepsen can call in a favour and get Tom Hanks there to play it?