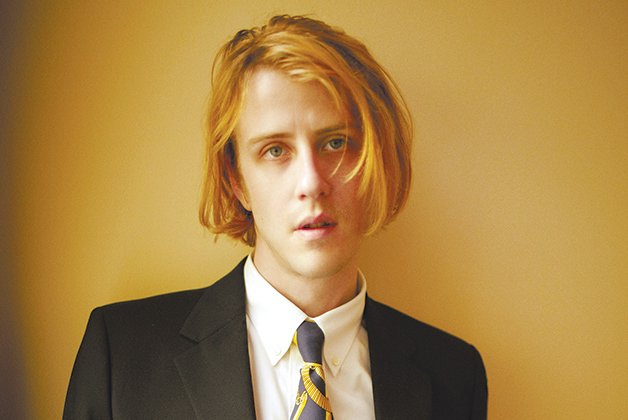 Fans of former Girls frontman Christopher Owens were left puzzled on Thursday, October 12, when a headlining show at the Garrison was cancelled just hours before show time.

None more so, perhaps, than Owens himself, who was in San Francisco when he noticed a tweet indicating that he was due onstage in Toronto in a manner of hours.

“What?” he tweeted in response to a tweet about that night’s show. “Nuts!… I feel for the people that bought tickets, I’m finding out like this!”

“Toronto is very strange,” Owens says when I get him on the phone the next week. The story he tells me is deeper than your run-of-the-mill cancelled show.

Even when it was announced that Owens was due to perform solo, the timing seemed odd. He didn’t have a new album to promote and had just formed a new group, Curls. However a cursory glance at Owens’s unofficial tour pages showed stops across the continent, including Brooklyn and Austin.

By the time of the Toronto show, all of the other tour stops had been cancelled, leaving the Garrison as the one outlier even as Curls announced tour dates across California with Cults and Deerhunter this month.

One Toronto fan, Spencer MacEachern, noticed Owens’s tweet of confusion, but the news came too late for many ticket-holders, who arrived at the venue to find a hand-scrawled note on the door informing them that the Californian singer/songwriter wouldn’t playing and that tickets would be refunded at the point of purchase.

Acting as an amateur sleuth, MacEachern reached out to Owens’s long-time booker, Matt Hickey at High Road, who responded that “Christopher had some fan book a few shows, and these shows were never really happening.”

Ticket-holders were given refunds and there were no hard feelings, but the confusion and lack of details has exposed a sad and revealing story about both Owens and the indie music business.

The story begins in May of this year. Though Girls’ sophomore release had made it to number 37 on the Billboard Hot 200 in 2011, six years later, its mastermind, through an unspecified “a lot of things I don’t want to go into,” found himself homeless on the streets of San Francisco. (He had hinted at this on Twitter, but no one grasped its sincerity.)

“I was staying up all night wandering the streets, sleeping during the daytime in a park and busking all the time,” Owens recalls.

At some point, a fan recognized the critically acclaimed musician and took pity on him. “I think this guy was really just worried about me.”

Owens says the pair had a conversation that ended with the well-intentioned fan offering to book him some shows to get him back on his feet. He assumed he meant in San Francisco. “So when I first saw these announcements on Twitter, that was the first I knew of it,” he says.

According to Owens, the fan reached out to a friend of his “who used to book TLC,” asking if he could help the former Girls singer out. A few months later, Owens started getting notifications of shows, first in Arizona and Austin, then across the country.

“He didn’t get in touch with me and say, ‘Hey, this is what I’ve booked, is that cool?’ I want to hope he didn’t know what he was doing, but then again it just seems all so silly,” Owens says. “This person had my phone number. Surely he should have called.”

At the time, Owens says none of his contacts from his Girls days would take his calls, except Hickey. So he reached out, and Hickey set up calls with all of the venues they could find that the fan had booked. Owens says the Garrison should have been on that list but wants to give the promoters the benefit of the doubt.

“The Garrison and the Baby G host 600-plus shows annually,” writes the venue’s owner, Shaun Bowring, in an email to NOW. “Occasionally some of those shows get cancelled due to a multitude of reasons. I’m sure you understand working relationships of business deals and the privacy that our working partners expect in relation to those deals. The Christopher Owens show was booked and ultimately cancelled with those ideals in place.”

NOW attempted to reach Hickey for further comment but heard nothing by press time.

Even had he known about the show, Owens says it would have been impossible due to commitments with his new group, adding that he hopes to make it to Toronto with Curls, whose initial release Vante is due November 7 on Urban Scandal.

“The guys I’m playing with are exactly what I’ve looked for for years now. They live here in the city. They don’t live in L.A. or New York, which is what happened with Girls and even my solo project,” Owens says, with noticeable pride in his voice. “We play together twice a week, regardless if we’re playing a show or not. These guys are really great musicians and I’d love to be able to show them off.”

As for the fan who booked the shows, Owens says there are no hard feelings. “I don’t know,” he demurs. “Maybe he felt like he got caught with his pants down?”