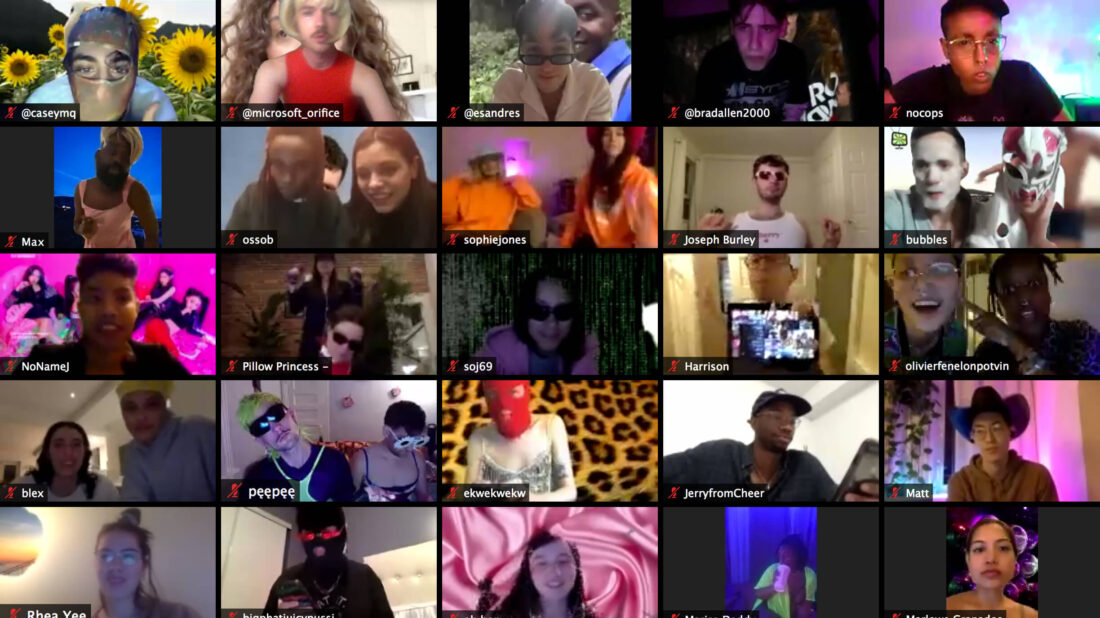 Partiers tune into a nightly Club Q party, earlier this year in March

Club Quarantine has been partying for a cause ever since people started sheltering at home in mid-March.

At first, the online party was a way to gather donations for local DJs and performers who were out of work. Eventually they started fundraising for causes like their May “fundraver” for the family of Regis Korchinski-Paquet and the Black Lives Matter-Toronto Legal Defense Fund.

Today, Club Q is having a party in collaboration with Encampment Support Network (ESN) to raise funds to cover basic winter needs for residents of the city’s park encampments.

“ESN is doing what the government fails to do. The most marginalized in this city are at a whole new level of suffering because of this pandemic, and it’s clear the government doesn’t care about these people. ESN is a lifesaver,” Club Q co-founder Ceréna Sierra tells NOW via email.

On its Twitter, ESN stresses that it is not an organization or an agency but rather a group of concerned community members volunteering to help and advocate for people living in encampments.

The party will include DJ sets from Hunhouse, Nino Brown and Bambii, who was on featured in our Sound Of Toronto 2020 issue. Experimental electronic group Slash Need, drag queen Tynomi Banks and Montreal electronic duo Pelada will round out the performances.

As winter approaches, living outdoors will become increasingly difficult and dangerous. ESN is pushing for the decommodification of housing in Toronto.

Since June, the group has been on the ground visiting encampments every day, checking on residents and supplying essentials like drinking water, food and blankets.

In an Instagram post, ESN said: “The winter is already upon us and the funds we are raising are only to fill a gap in city planning. We appreciate you all for supporting us, we shouldn’t have to do this, the City of Toronto should.”

Club Quarantine is a popular queer party series started by four friends from Toronto. It developed into an international community over the course of the COVID-19 lockdown. Every night from March 16 until June 1, it hosted parties to offset isolation and create connections between worldwide queer communities.

It became notorious for hitting virtual capacity when stars like Lady Gaga and Charli XCX would perform.

But, at its heart, Club Q has always been about grassroots community collectivity.

“We do as much as we can with our platform to help a whole ton of causes that affect our community, so when our friend Wafa [an ESN volunteer] approached us about this fundraiser, it was a no-brainer,” said Sierra.