The collaboration with director Floria Sigismondi set a mysterious vibe, with dancers, lights and film art – but the visual element felt underwhelming 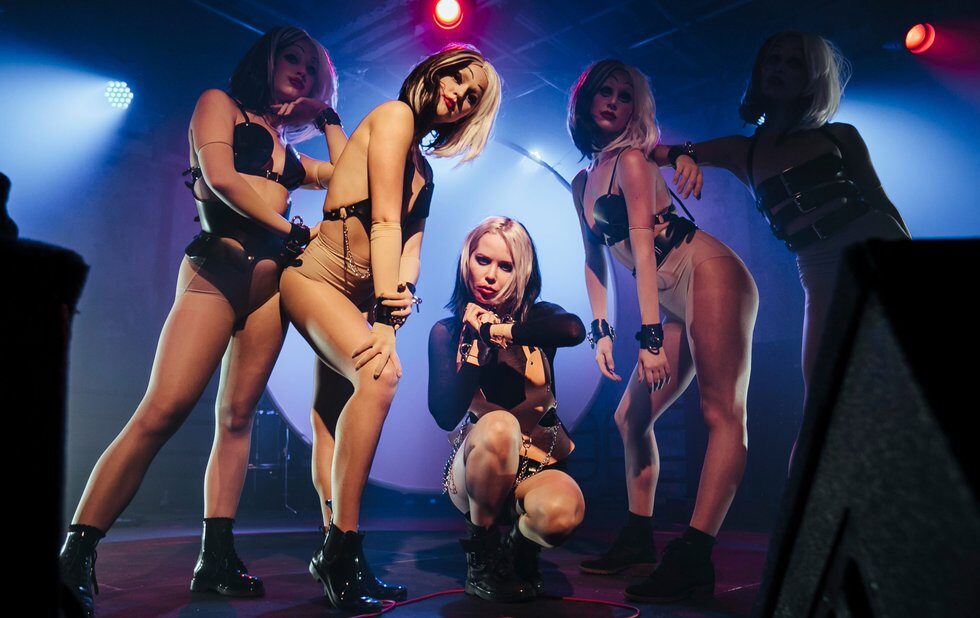 “I can’t believe she played three Crystal Castles songs!” a young white dude said to his friends, pushing his glasses up his nose and walking out into the Toronto night, as specks of snow vainly tried to threaten the city.

It’s true: at Red Bull Music Festival, Alice Glass riled up her followers with a mix of classics by her old band – reclaiming the work with some degree of obvious shock value – and her own new and newer fare (she debuted a song, possibly entitled 130). All of it was presented in an unusual and rare context: partnering with esteemed filmmaker and video director Floria Sigismondi for a presentation called The Doll House.

Staged at the Distillery District Fermenting Cellar, the Doll House certainly felt mysterious when you entered it. On a tall stage, a circular white screen held a vaguely psychedelic image, almost like a static lava lamp. Industrial electro-punk blasted out of the PA and into a multi-coloured but dark room full of smoke-machine mist.

Arriving on stage about 45 minutes past the listed 9 pm start, Glass was joined by a drummer on a conventional kit, a guitarist sporting a bondage mask who also had a synthesizer in his workspace, and four dancers. The dancers were dressed as dolls in a way, adorned in bondage attire and black bustiers, with black and blond hair, made up to seem as though they were smiling but expressing nothing more than blankness. If the designers of a Batman film were to create henchpeople for the Joker, they could look at these four for inspiration. 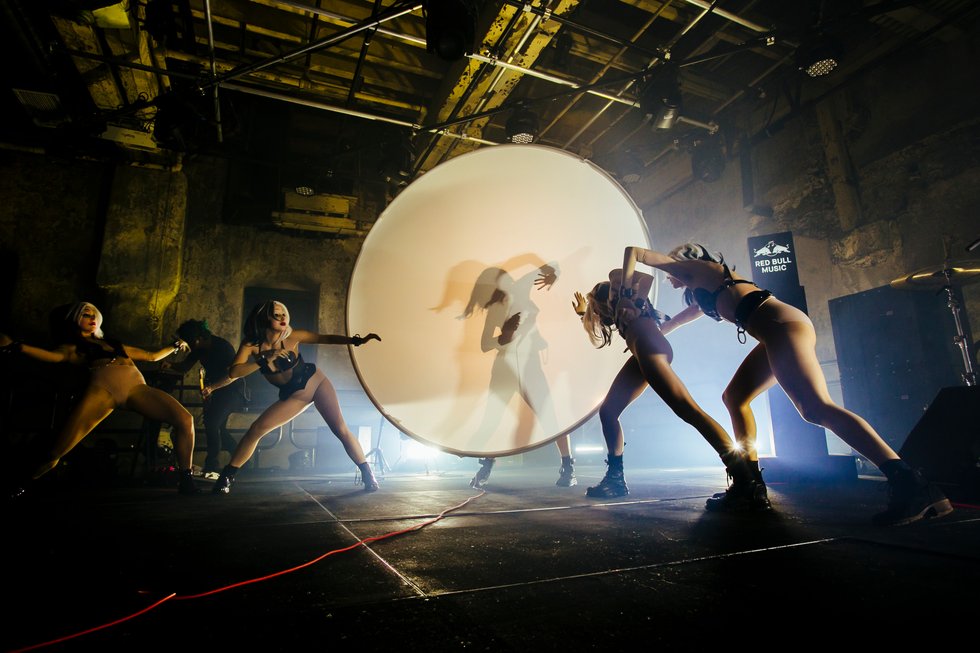 Glass mined material from her self-titled, 2017 EP (Without Love and Forgiveness were particularly powerful) and, as that one guy observed, re-imagined and excitement-inducing Crystal Castles songs like Alice Practice, Celestica and Love And Caring.

At certain points it felt like the dancers were stealing the show. They appeared to be cavorting, writhing against one another to the music, but in fact, they were supporting each other, cradling their partners or, during Celestica, literally leaning up against another. It was more than a trust exercise. It looked to be a healing mechanism.

Sigismondi’s role in this seemed minimal or marginal at best. The aforementioned screen was utilized by Glass and her dancers to create shadow movements, as they sometimes went behind it to move their bodies. But there were also films and collages projected onto it stock footage of primitive and remedial renderings of the female reproductive system and a rocket launching into space. At one point, Glass herself seemed to appear in the mix with fast edits and distorted split screens making it tricky to identify her.

Some of it was eye-catching, and when combined with the frenetic light show, the unnerving stares and robotic movement of the dancers, Glass’s stage presence (as both a tentative and confident leader) and the damaged music and pummeling drums, the films set a vibe. But at the same time, with a filmmaker and video pioneer like Sigismondi attached to this, the visual element was rather underwhelming.

For her part, Glass evidently put a lot of effort into this performance, and the choreography and staging was certainly theatrical if not artificial. It felt like a concert taking place in a movie, one in which we all know the villain is in the club, chilling with their goons, maybe hatching something evil… while an industrial-flecked shock-pop band entertains patrons. Perhaps Sigismondi was directing us all along. 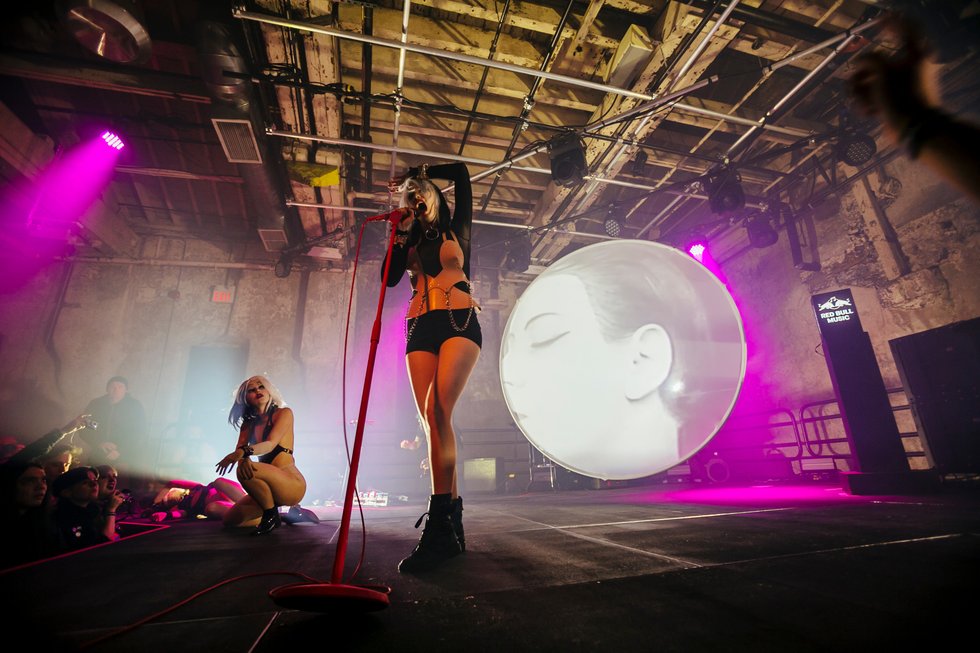