One of the defining bands from New York's no wave heyday, the four-piece easily filled the Rivoli with jittery punk energy 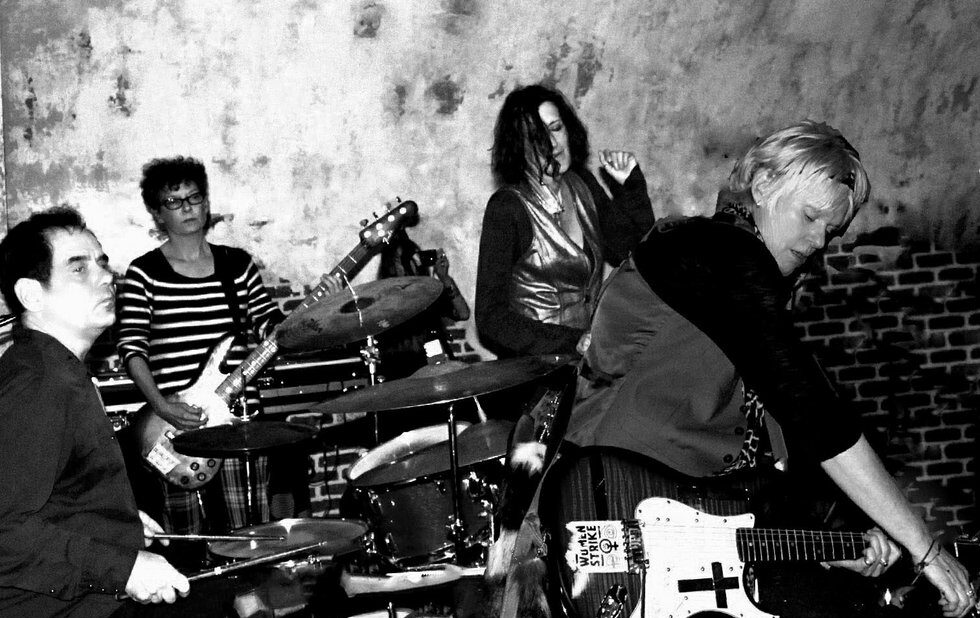 BUSH TETRAS at the Rivoli, Saturday, May 19. Rating: NNNN

Bush Tetras haven’t played Toronto since the era when polyrhythmic club grooves and scorching punk rock were overlapping and defining no wave in early 80s New York City. Their singles Can’t Be Funky and Too Many Creeps are emblematic of punk-funk’s signature sound, and remain their best-known hits among younger generations of music nerds thanks in part to Soul Jazz’s New York Noise compilations.

In 2018, you might encounter the Tetras remixed or sampled in a dance-y DJ mix but these days the band’s sound tips toward the punk end of the wide spectrum that is post-punk. On Saturday, vocalist Cynthia Sley, guitarist Pat Place, drummer Dee Pop and bassist Val Opielski – who joined the group two years ago – played songs from their newly released EP Take The Fall alongside back catalogue cuts like Cowboys In Africa and Things That Go Boom In The Night to a mixed crowd, age wise.

Opielski’s rumbling bass and Pop’s drumming anchored the set, but didn’t always define the sound as razor sharply on the newer material as the rhythm section does on Bush Tetra’s most memorable recordings. The pair provided a heavy balance for Place’s distorted guitar riffs that filled the Rivoli as Sley shimmied, punched a fist in the air and smacked a cowbell with a drum stick. Everyone was big and loud, but found an easy balance – but with no-wave poker faces locked in.

Toward the nearly hour-long set’s end, Sley brought a fan on stage to dance and sing-a-long to Too Many Creeps – a song that has lost none of its relevance, musically or lyrically – and the band paid homage to NYC rock legend Lou Reed by encoring with a cover of Velvet Underground’s noisy classic Run Run Run. Despite not consistently recording over the past decade, Bush Tetras easily channeled the hard-hitting and jittery energy for which they’re known but, like other post-punk vets who’ve passed through Toronto recently, they’ve relaxed into it.