Acts like TOPS, Maylee Todd and Zaki Ibrahim shone in the new venue, and the DIY festival maintained its identity after its artistic director's removal 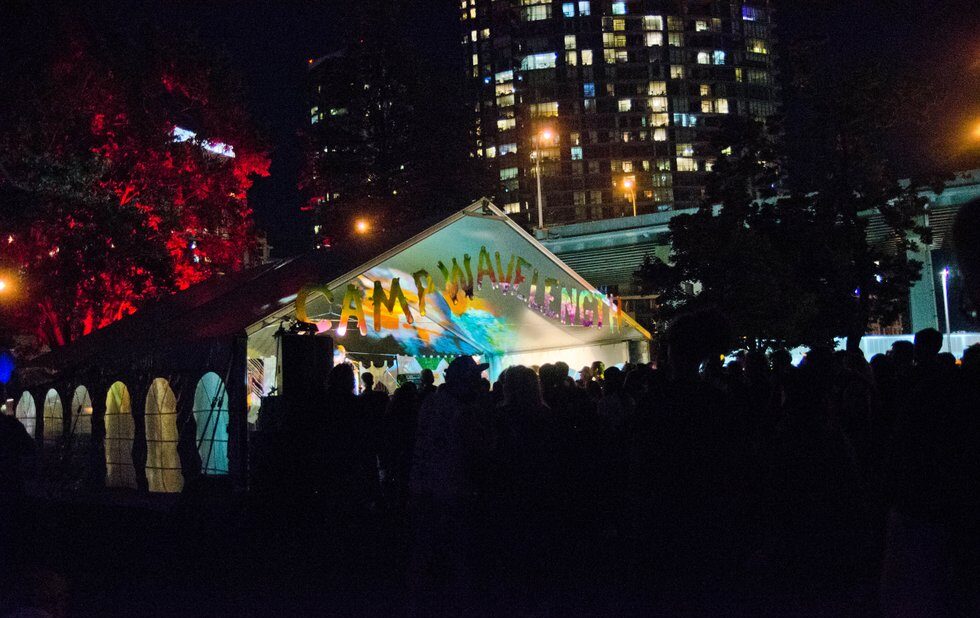 It was hard to not feel as though the overcast skies were indicative of the sense of unease that hung over Camp Wavelength on Saturday at Fork York. Sure, Wavelength has dealt with issues around its weekend summer festival before, but the controversy this time was much different.

On June 29, ex-Wavelength staffer Dorice Tepley alleged on Facebook that the organization and music series’ co-founder/artistic director Jonathan Bunce (aka Jonny Dovercourt) had been mentally and verbally abusive toward her during her tenure as Wavelength’s concert programmer between 2011 and 2015.

Tepley’s call-out gained support from a few artists, including Lido Pimienta, who alleged that she also had negative experiences with Bunce while working with Wavelength, particularly in regards to a lack of transparency about artist compensation.

The organization’s board of directors quickly responded to the allegations, with Bunce stepping down as artistic director while it undergoes an independent investigation. They also promised to have an open forum with the music community to address concerns about how they operate. As of early July, the board was looking for a facilitator and venue.

In the call-outs, there were some suggestions that Wavelength should fold. But if there was one takeaway from the two-day weekend event, it’s that Wavelength has always been the product of a team rather than one person, and it’s the team’s commitment to the festival and organization that makes it such an important pillar of our DIY community.

Bunce’s absence didn’t prevent Camp Wavelength 2018 from feeling instantly familiar, thanks to the work of visual artist Roxanne Ignatius, whose gorgeous quilts and playful banner adorned the main stage (and have since 2015), and Steven Lindsey, whose kaleidoscopic General Chaos Visuals are the unmistakable aesthetic of every Wavelength event.

Each of the two days saw a decent turnout, with the single-stage festival taking up about one-third of the space that Field Trip uses for the same venue. As the sun beat down during the day, many attendees were more about basking in the shade with a cold one than they were into crowding the stage, taking opportunity to play the lawn games supplied by Track & Field Bar, eat at one of the food trucks, check out the Bunz artisan market or join Chad VanGaalen in a bit of frisbee. As the afternoon wore on and more people arrived, the sightlines from the lawn to the low stage started to obstruct as people crowded closer to the action.

It’s worth noting that despite some calls to boycott, with at least one local DIY promoter offering to book shows for any artist staying on for financial reasons, none of the 19 scheduled acts dropped off.

Hip-hop artist Sydanie was one of the first artists to make their appreciation to the festival known. “Shout out to Wavelength and people making spaces for music in this city, especially for hip-hop,” she said to the growing crowd while acknowledging how difficult it is for hip-hop artists to get booked at venues across the city.

Though it started as a showcase for primarily indie rock, Wavelength has shifted over the years to become more inclusive of a multitude of genres and sounds, and it showed on one of the series’ strongest festival bills in years. There was still a fair bit of indie rock from the likes of Helena Deland, Boyhood and Mauno, but each played a compelling set that could individually act as a case for the genre’s continued relevance.

Beyond guitar-based music, master of mood Maylee Todd’s lonely harp-spun songs wove themselves into a gorgeous tapestry just before Zaki Ibrahim’s incredible voice and capable band got the most energetic response from the crowd all weekend. Persian rapper Säye Skye persevered and delivered a powerful call for peace and unity.

On the softer side, Montreal’s TOPS stunned with their saccharine melancholy melodies, and Toronto’s Bernice sounded right at home on the vast green field. They also gave a playful, earnest reminder that everyone should take a moment to touch the grass with their toes.

There were art installations, comedy sets (comedian Jackie Pirico pulled double duty as festival host with a lighthearted, self-deprecating style that was a delight all weekend), vendors, fortune-tellers and video games, all amounting to a multi-dimensional festival.

Even if the independent investigation into the allegations against Bunce exonerate him, now might be a good time to make room for new leadership at the nearly 20-year-old organization. Wavelength has shown that it can and should continue if it keeps listening to the community’s calls for accountability and transparency. And Camp Wavelength was a reminder of what Toronto stands to lose if it doesn’t.