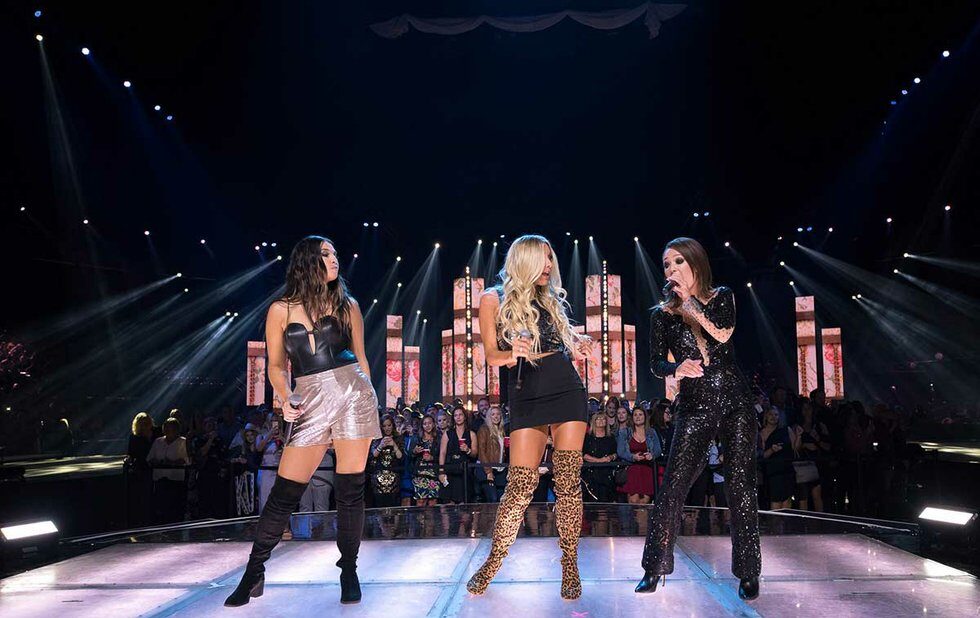 Canadian country music is dominated by women and I am here for it. Last night’s Canadian Country Music Association (CCMA) Awards at FirstOntario Centre in Hamilton saw Canadian country music legends Shania Twain and Terri Clark share the stage with many younger female stars in a ceremony that centred its focus on women in the genre.

Acting as host and winner of four awards, including the Generation Award and Apple Music Fans’ Choice Award, Twain spoke at length about diversity and inclusion of women in country music. Legend Clark, who is the only Canadian member of the Grand Ole Opry, was inducted into the Canadian Country Music Hall of Fame.

Standout performances of the night came from Jessica Mitchell performing Heart Of Glass on piano, Meghan Patrick’s Walls Come Down and a medley of Clark’s songs. She was joined by Suzy Bogguss, Mitchell and Patrick on stage.

International country star Keith Urban performed Never Comin’ Down and inducted Clark with into the hall of fame. Clark described receiving the award from Urban as a “career highlight.” Also presenting was Dustin Lynch, American star, newest member of the Grand Ole Opry and my pick for best-dressed at the awards, who recognized Canadians as knowing how to party.

Pop sensation Alessia Cara presented Twain with the Generation Award, praising her for paving a path for country artists and women, globally. “By breaking those barriers, she’s ushered in a new generation of female artists, myself included, who are strong, fierce, willing to take risks and able to say no – professionally and creatively – without backlash.… She’s allowed us to remain gracious and effective to navigate this industry with our self-worth intact.”

Recognizing a younger generation of strong female artists, Twain accepted her award from Cara, saying, “I’m a huge fan of yours. You are the best example of a strong, independent young woman today, a talented songwriter with a strong vision.”

Twain went on to talk about the need for more diversity and inclusion, and more women in country music: “We have to continue to open the genre to more diversity, new creative ideas and, of course, more women.” As white as country music is, the CCMA made a great attempt at representing people of colour at the show. Presenters and performers included country stars Jojo Mason and Tebey CBC presenter Amanda Parris athletes Simoni Lawrence and the Hamilton Tiger-Cats and actors Chantel Riley and Simu Liu.

A highlight of the night for me was witnessing accolades and praise for a new generation of talented female country artists who have been working hard at their careers. Madeline Merlo praised Twain for the time she spent with her, Kira Isabella and Jess Moskaluke in preparation for the medley they all performed together, coaching and sharing stories. Each artist grew up listening to Twain, idolizing her, never imagining they’d share the stage with her. Of the experience, Moskaluke, who won the Ford Album of the Year, said, “She helped us be comfortable in our own skin.”