We made the trek to Ottawa to attend the annual ceremony, which this year felt more like a mini-festival 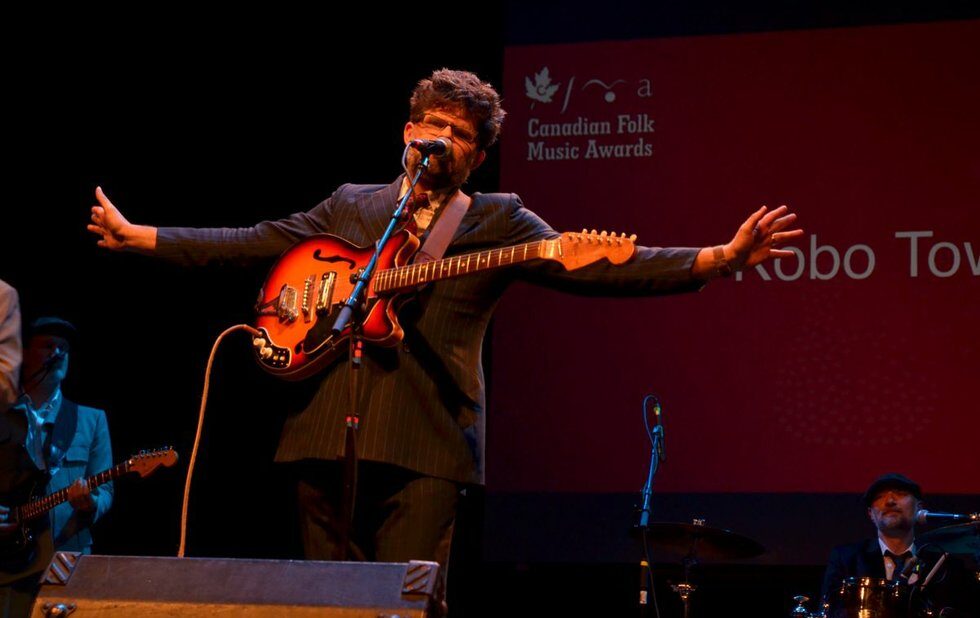 The 13th annual Canadian Folk Music Awards were held at the Bronson Centre in Ottawa this weekend. The two-night ceremony felt intimate and casual – kind of like the folk festivals many of these artists and presenters usually brush shoulders at – compared to the gala-like proceedings in Toronto last year, headlined by Bruce Cockburn.

The guiding principle was to make the event feel more like a concert with some awards and speeches on the side. Even hosts Benoît Bourque and Jean Hewson performed, as did Unsung Hero award recipient Gerry Strong, who charmed us with his Newfoundland accent. Add to this afternoon workshops and songwriters circles at various neighbourhood venues and an awards ceremony became more like a mini folk festival.

Many GTA nominees made the trek along the 401 to attend, and we were there too.

Here are some highlights:

The PA – and some of the performers – were late for Saturday afternoon’s songwriter circles at The Fox and the Feather pub, but that didn’t stop the nominees from putting on a great free concert. Bryson – based in nearby Stittsville – joked that the space is probably more used to hosting awkward staff Christmas parties than folkies playing in the round. Literally in the middle of a row of performers, Bryson played Stuck In The Middle off his 2016 album Somewhere We Will Find Our Place, asking the audience if they could please applaud approvingly after the song was over. He hardly had to ask. 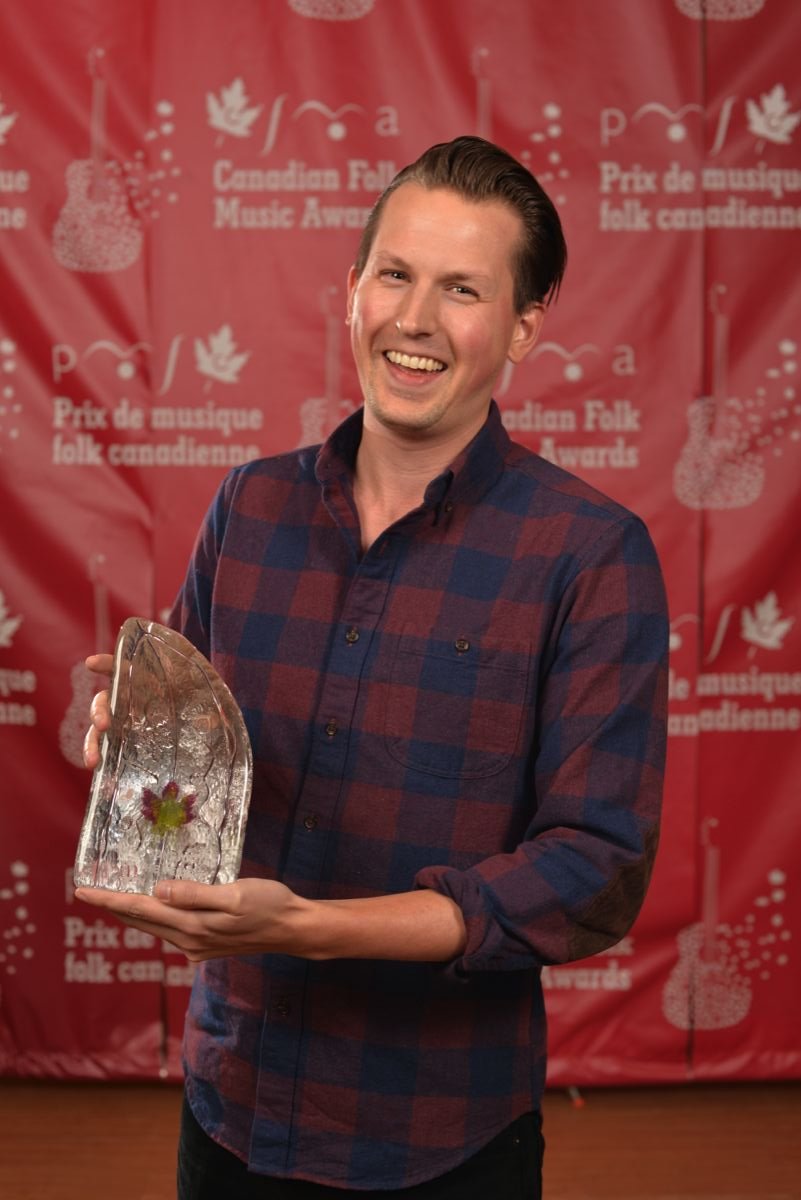 Toronto (via London, ON) songwriter Yates was so surprised by his win Saturday night for his Bryson-produced album Huntsville that he took the stage dressed down in a plaid shirt without any notes. “I really thought Stephen Fearing would win this,” he said. Fearing surprised everyone by winning Contemporary Singer of the Year instead. On Sunday Yates won New/Emerging Artist of the Year as well, an honour for which he was more prepared. “I’ve been emerging for 10 years now,” he joked.

Michel and his producer/childhood friend Carli got to take home an award each after back-to-back wins for Producers of the Year and the Oliver Schroer Pushing The Boundaries Award for Michel’s album Khlebnikov, which was recorded on board a Russian ice breaker in the Arctic on a trip organized by astronaut Chris Hadfield (who also appears on the album). Carli – who works in film and TV composing – wrote a beautiful cinematic score for it after Michel returned, which was recorded with a live chamber orchestra. 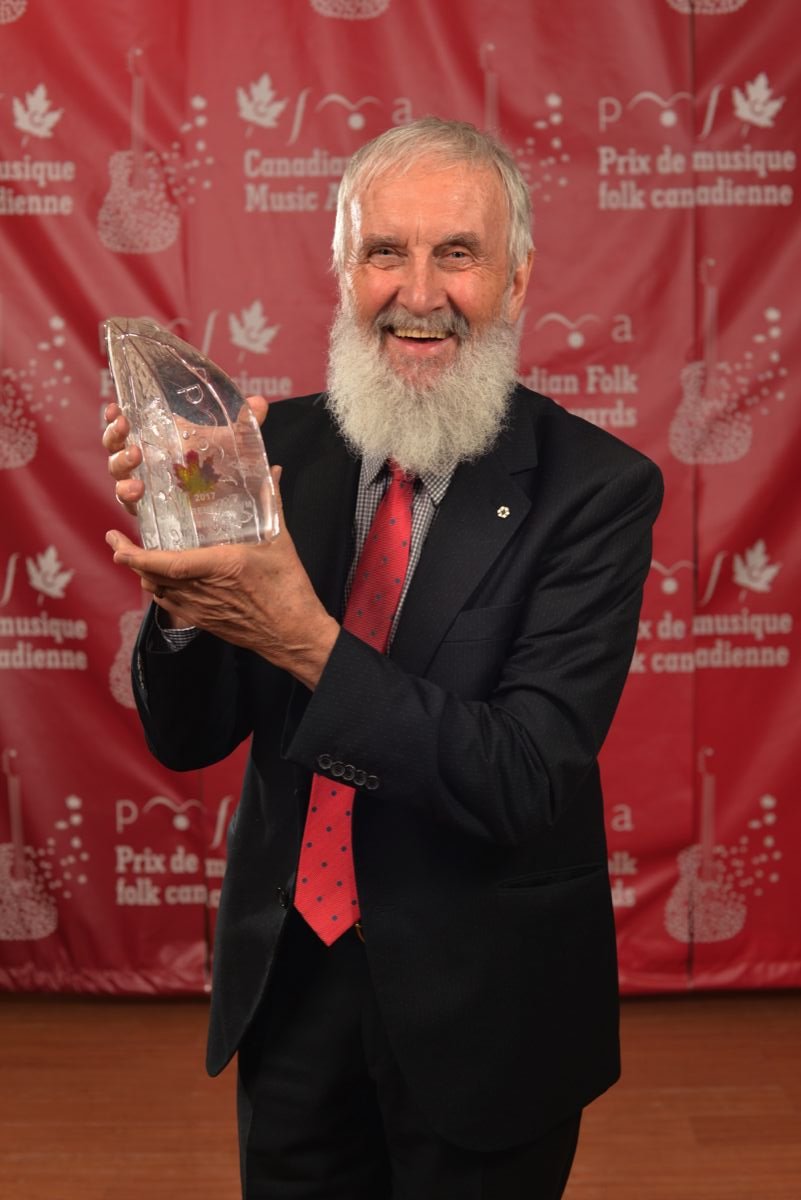 Canada’s uncle Fred Penner accepts his CFMA for Children’s Album of the Year.

Fred Penner at a pie place

One of the most magical events was a free Sunday afternoon kids’ concert at Life Of Pie in Old Ottawa South, culminating in a performance by Fred Penner (who also won Children’s Album of the Year. Penner – who’s been around long enough that the parents in the crowd had grown up with his music – treated us to favourites including The Itsy Bitsy Spider, The Cat Came Back and the ultimate in singalong Penner songs, Sandwiches.

When the winner of Contemporary Album of the Year was announced: Toronto’s Lapell took to the stage in a state of shock, thanking her producer, Chris Stringer, her partner, Jeff Elliott, and everyone who played on her album Hide Nor Hair. Later Lapell’s friend and collaborator Naiman picked up the award for Traditional Singer of the Year, thanking her partner and her producer Don Kerr. “It’s been a big year for me,” Naiman said, “I had a baby and now this.”

Kobo Town got the crowd up dancing during their Saturday night performance and won the World Group of the Year award for Where The Galleon Sank Louis Simão won World Solo Artist of the Year for A Luz and Girl’s Rock Camp alumni duo Moscow Apartment kicked off Sunday night’s awards by winning Young Performers of the Year for their demo. Well deserved!