NOW MagazineMusicConcert reviewsCanadian Music Week 2018: the best of the fest so far

Canadian Music Week 2018: the best of the fest so far

Reviews from the festival so far, including standouts like Cupcakke, Nate Husser, Lydia Lunch, Jaunt, Yonatan Gat and more 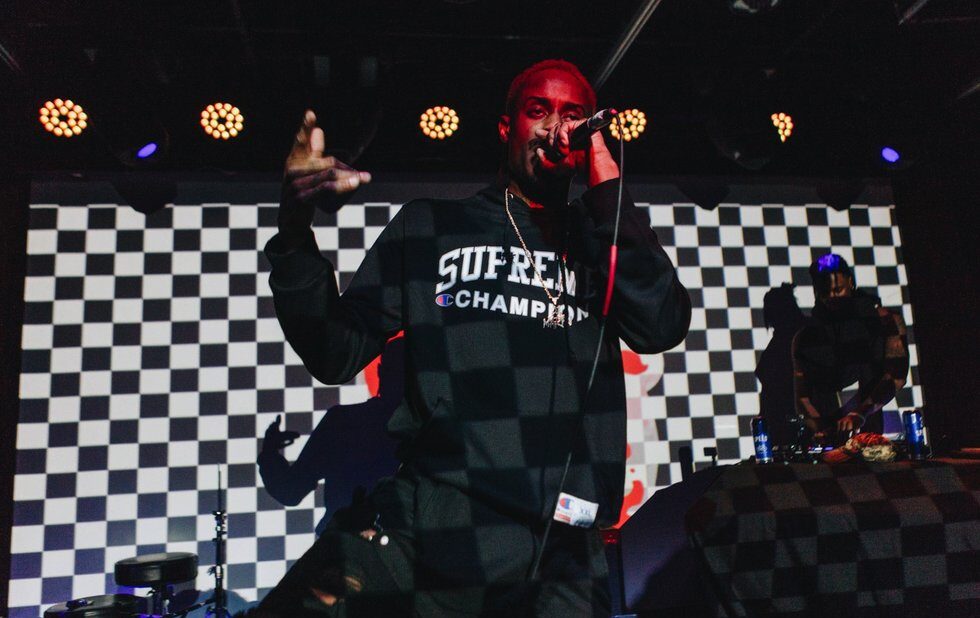 STEVE GUNN at the Great Hall, Monday, May 7. Rating: NNNN

Steve Gunn took his time fingerpicking his way into his solo set, explaining, “I need to wake myself up and remind myself that I’m playing a show.” The New York songwriter had driven 11 hours to be here and looked zonked. But a few songs in, Gunn shifted toward new songs, which seemed to focus him and the audience. Between them he played a cover of Michael Chapman’s beautiful Among The Trees at the request of Toronto guitarist Matt “Doc” Dunn before getting even more cosmic with the open-tuned bluesy slide guitar and just-loud-enough distortion of his own Mr. Franklin. SARAH GREENE 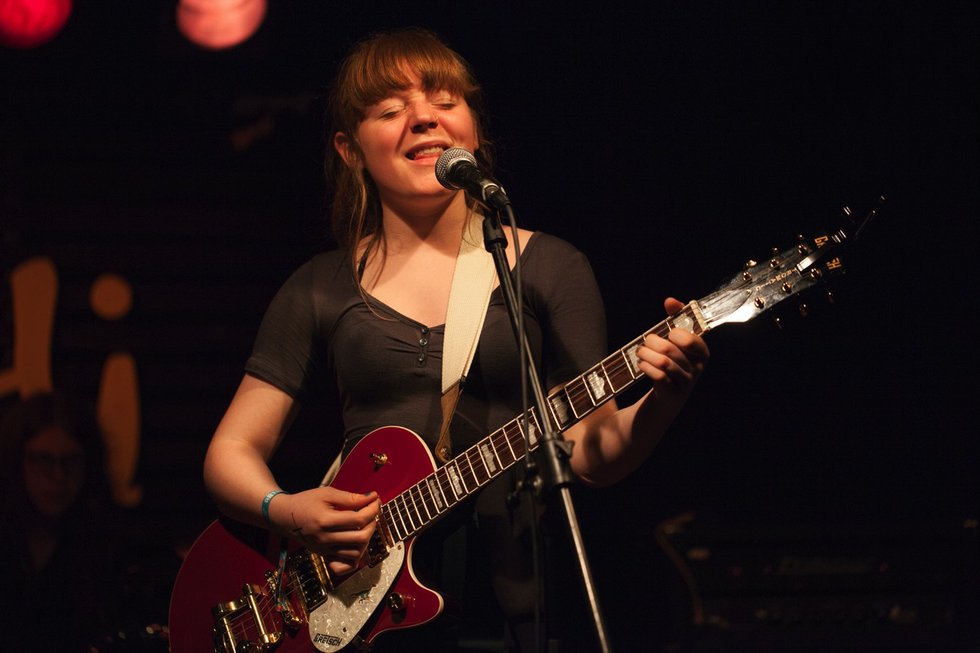 MOSCOW APARTMENT at the Rivoli, Tuesday, May 8. Rating: NNNN

Moscow Apartment were stoked for their CMW set, and for good reason: if they weren’t playing, they wouldn’t be allowed in. The high-schooler duo of Brighid Fry and Pascale Padilla – backed up for some songs by an equally teenaged rhythm section – skirt the lines between folk and indie rock. Their harmony-rich songs tackled topics like unrealistic beauty standards, people who believe in ghosts and periods – plus covers of Big Thief and Radiator Hospital – with the unjaded wisdom of youth. “Sometimes it’s hard to be a teenager, I don’t know if you people remember,” Padilla said in a bit of charmingly goofy stage banter, which continued throughout. “Is anyone here underage?” Trick question. RICHARD TRAPUNSKI

Beams flew through a set of bracing mini epics, a folk-inflected sprawl that unfurled into noisy crescendos, while a listless audience receded to the back of the room for not-so-muted conversation. It was a bummer, although a mild one considering that this is pretty much the archetypal Wednesday-night CMW experience, which tends to cater more to the music industry than the city’s organic community of fans. Nevertheless, the local group seemed unfazed, and gave off a collective energy that soared above what they got in return. This is the sort of band who drag a vibraphone onstage to double a melody played by a banjo. They know exactly what they’re doing.  MARK STREETER 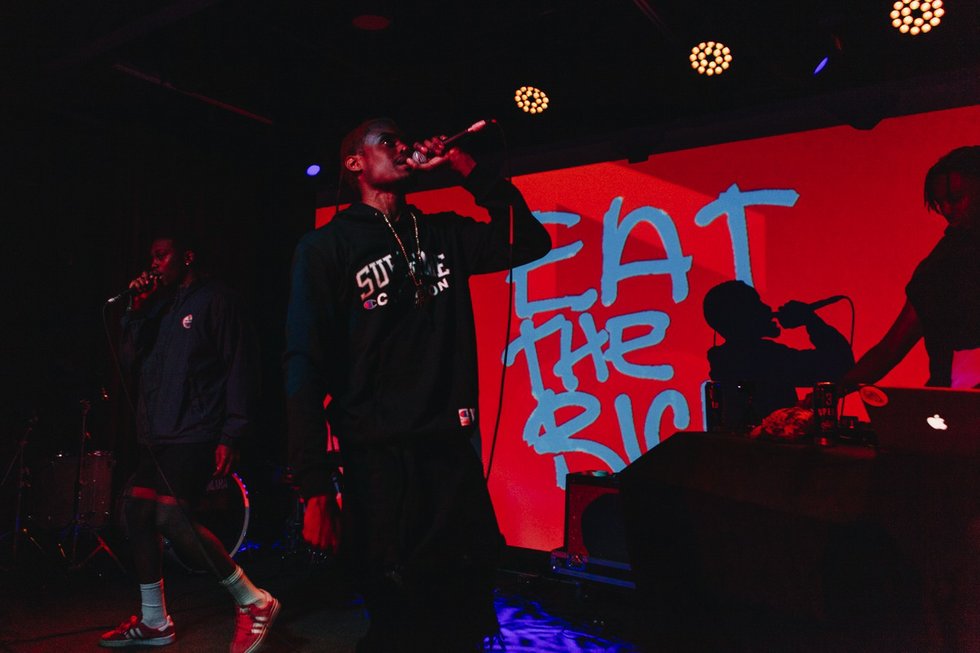 NATE HUSSER at the Drake Hotel, Wednesday, May 9. Rating: NNN

Nate Husser’s music revels in conflict. The Montreal rapper is most animated spitting bars about shooting cops or frictionless relationships, making the push-and-pull dynamic between performer and audience at a live show the ideal setting for his music. Though the intricacies of the great production work were lost to the din of the crowd, the fleet-footed rapper made up for it with in-your-face immediacy and precision, even going so far as to restart a song when the vibe in the room wasn’t right. It takes a certain kind of performer to make those confident moves, it takes another altogether to be able to pull it off. MICHAEL RANCIC

Yonatan Gat and his band set up right on the floor and blasted through a set of endless modal soloing that squawked, pealed and churned. The relentless riffage would perhaps be exhausting if it weren’t for the ferocious dynamism of the band, who made every song feel like a disastrous weather event. Torrents of melodic shredding were buffeted and cajoled by monstrous drum fury and precariously tethered by an unsinkable bassist. After punctuating the set with several dozen guitar-windmill exclamation marks, Gat quietly thanked the audience and killed the lights. Everyone stood blinking in the dark for a moment, as though we’d all just stepped off a playground carousel a little too quickly. MS

SUNSHINE & THE BLUE MOON at the Horseshoe, Thursday, May 10. Rating: NNN

Sunshine & The Blue Moon make warm, light dappled psychedelia. It was the perfect soundtrack to stare off into the Horseshoe’s golden tinsel backdrop, eyes slowly unfocusing, making the copper, green and purple light bleed together and come alive. The Toronto’s band’s succinct songwriting keeps them from wandering too far from the grooves that drive them, a welcome sensibility in a genre that so often gives in to self-indulgence. MR

CHIPPY NONSTOP at the Mod Club, Thursday, May 10. Rating: NNN

Toronto-based party-starter Chippy Nonstop got the crowd moving during her opening set for CupcakKe – at first. The DJ and rapper ran through a lot of female-centric hits, cutting up Yoncé, Milkshake and two Cardi B songs, Bodak Yellow and Drip, both of which made the crowd go nuts. But, after more than an hour, with a lot of fans salty and oblivious to how opening performers work, the energy shifted. It’s not Chippy’s fault. She asked them to bring their energy up but, for almost two-thirds of the set, the crowd remained with arms crossed, texting and scrolling. SARAH MACDONALD 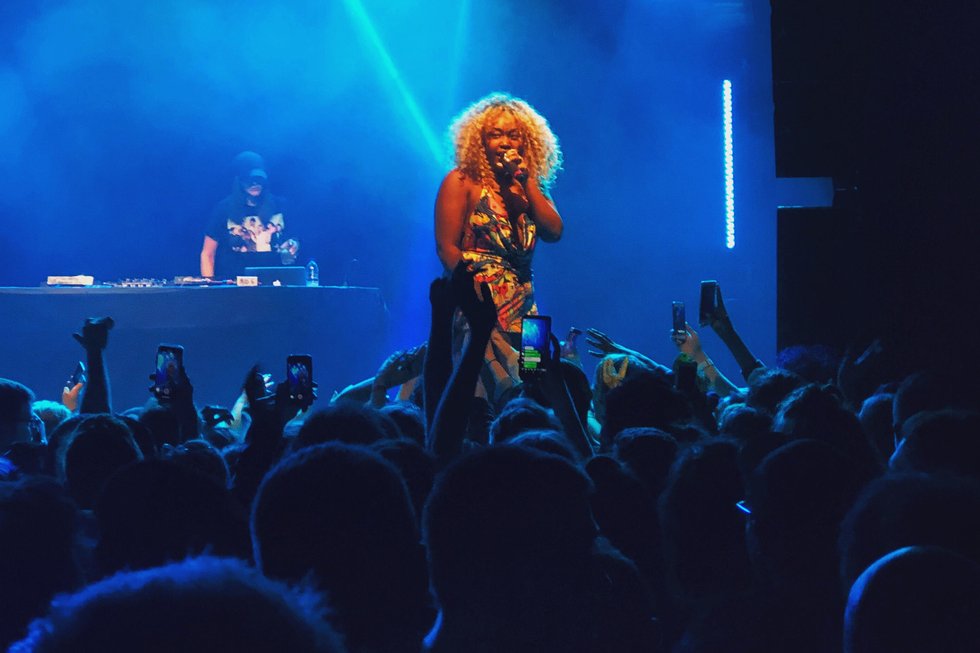 CUPCAKKE at the Mod Club, Thursday, May 10. Rating: NNNN

There is no one on this earth quite like CupcakKe, and that is such a gift. The rapper from Chicago brought her sensual and explicit bars to an insatiable crowd. Moments before she casually walked onstage, the lights dimmed slightly and fans rushed to the front. CupcakKe, at first momentarily dumbfounded by the enthusiastic response, quickly assumed a powerful and mesmerizing slow strut. She ran through Vagina, Duck Duck Goose, her latest single Quiz and the anthemic, inclusive LGBT, which elicited profound cries of joy. The only drawback was the set’s length: at only 30 minutes, we were all left still hungry. SM

About halfway through a set of atonal guitar scrape and violent rasp, someone screamed out “Lydia, you’re a legend.” The 58-year-old no wave pioneer replied, “Oh darling, in your own mind, not mine. I’m not dead yet.” It fits with the genre she helped build, which is anti-legacy, anti-influence and anti-most things, yet still full of humour and camp. Lunch herself was both confrontational and inviting, full of twisted, gothic charisma. She delightedly refused requests (“this is not the Lydia Lunch box”) but also defended a fan who was told to shut up when he was talking during the quiet part. “If this set makes sense to you,” she said towards the end of her set ”then you’re about as fucked up as I am.” RT 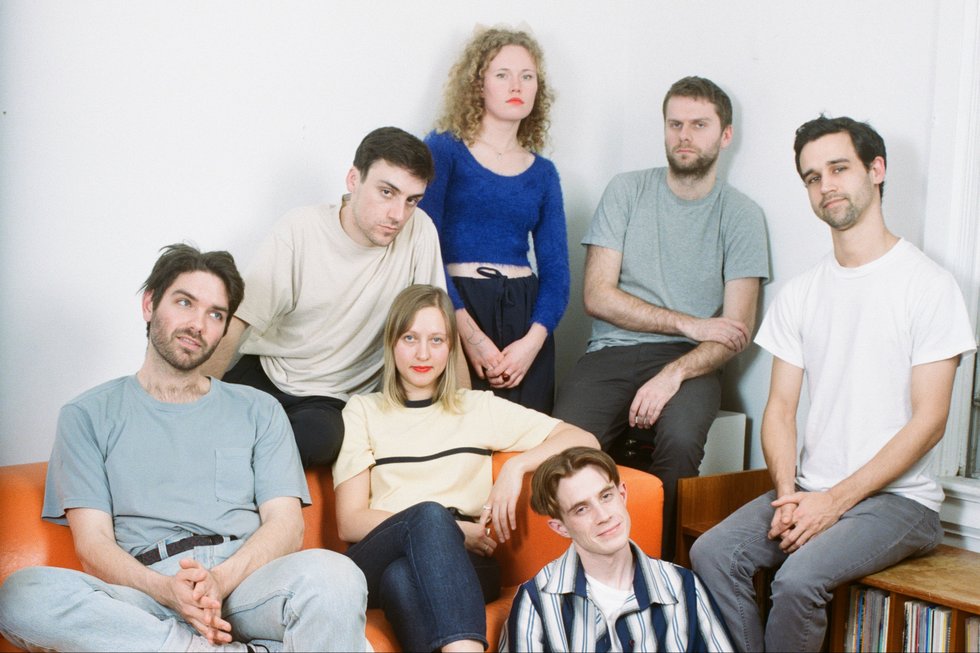 JAUNT at the Garrison, Thursday, May 10. Rating: NNNN

In just 40 minutes, Jaunt proved themselves to be one of Toronto’s most versatile bands, effortlessly mixing jazz, dreamy R&B, experimental folk and straight-up catchy pop. They drew from their recently-released EP, Cue, but the songs journeyed beyond the recordings via extended instrumental outros and mid-song breakdowns, without ever feeling self-indulgent. The highlight was 2016’s Gentle Reminder, which seamlessly transitions into a chilled-out rendition of Usher’s U Remind Me, that somehow had me actively longing for awkward, prepubescent junior high dances while I was blissfully swaying along. SAMANTHA EDWARDS

WHOOP-SZO at the Garrison, Thursday, May 10. Rating: NNNN

You never know which version of WHOOP-szo you’re going to get, and on this occasion it was unexpectedly one that was heavy as hell. A three-guitar assault churned out stomach-buzzing sludge riffs while Adam Sturgeon channeled Kurt Cobain’s most unhinged vocals. The London, Ontario psych band’s songs often focus on Indigenous healing, and on this occasion lyrics about police brutality and “genocide is alive here” got delivered with howling, crunching fury. It’s not always like that Sturgeon told me after the show they’re planning an acoustic set for later in the festival. RT