Canadian Music Week 2018: the best and worst of the weekend 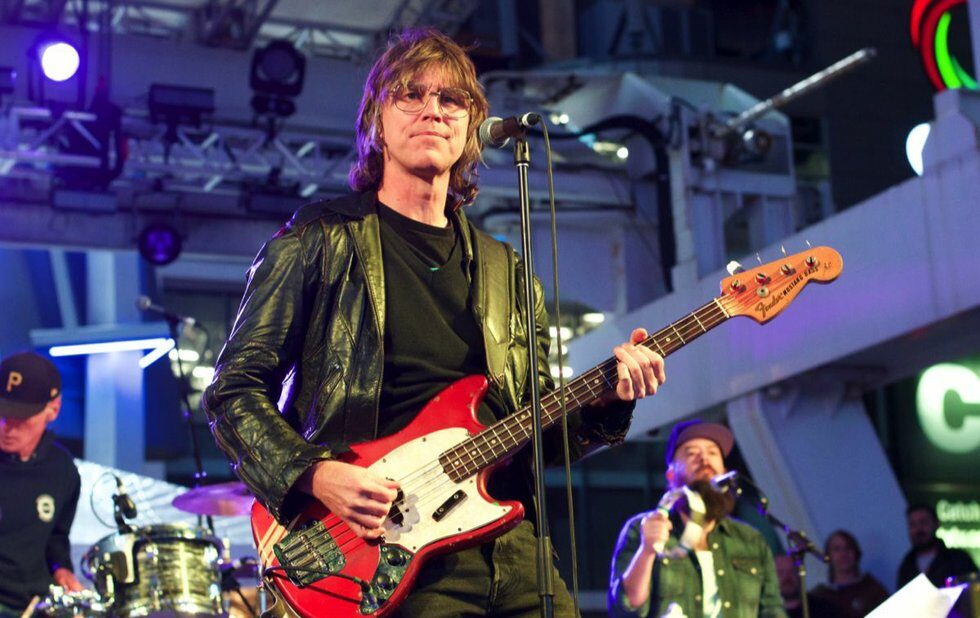 Sloan at Yonge-Dundas Square, Saturday, May 12.

Han Han is a nurse by day, poet/MC by night, and she pulled an overnight shift prior to her show. But it didn’t hinder her performance, which evoked the challenges, triumphs and complexities of being othered. Performed in Tagalog and Cebuano with a bit of English (“My songs are in Filipino, so too bad,” she joked after her first song), it focused on dual identities, separation and longing and laughter in the face of pain. She was joined by a fierce group of dancers, including choreographer Fly Lady Di. After playing primarily from her 2014 eponymous debut, she debuted two new tracks, including one dedicated to people of colour, and left the audience eating out of her hands. CHAKA V. GRIER 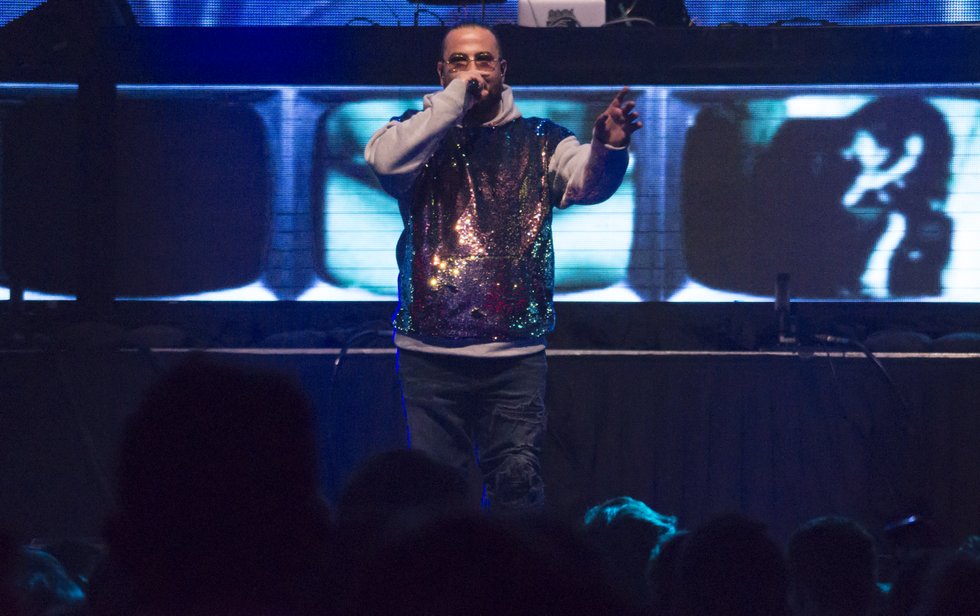 “We came here to fucking party!” said Belly during his set at iHeartRadio’s FanFest, and boy did he know how to party. The crowd couldn’t help but bounce with the Ottawa rapper. He brought a lot of variety, from his rebellious Mumble Rap to the saucy Consuela, with lyricism that proved that he’s more than just a hitmaker. Where he faltered was keeping everyone engaged during Might Not, which prominently features the Weeknd (who was absent). He did his best, but you can only try to hype the crowd so much before it just feels forced. SERGIO ARANGIO

ALICE GLASS at the Mod Club, Friday, May 11. Rating: NNN

On last year’s self-titled solo EP, Alice Glass has picked up where she left off with Crystal Castles: dialing back the abrasive screaming to shift emphasis to melody and vulnerability. She has a rep as a full-throttle performer, but her debut hometown solo headliner felt tepid – albeit loud. The pit was jumping but most in the laid-back crowd politely drank in her two-member band’s gothy and muscular synth, bass and drum rhythms as Glass dropped airy vocals into the icy din. She left the banshee wails to the backing tracks, but danced throughout, climbed on top of the drum kit and made a couple of trips into the pit.

“Please don’t grab my ass – it’s not cool,” she said upon returning to the stage at one point. Perhaps sensing the tentative vibe in the room a woman’s voice called out: “We support you!” The set featured almost all of Glass’s solo songs plus a handful of CC singles and left the mosh pit begging for “one more song.” They wouldn’t get it, but she returned for a round of thank yous and handshakes. KEVIN RITCHIE 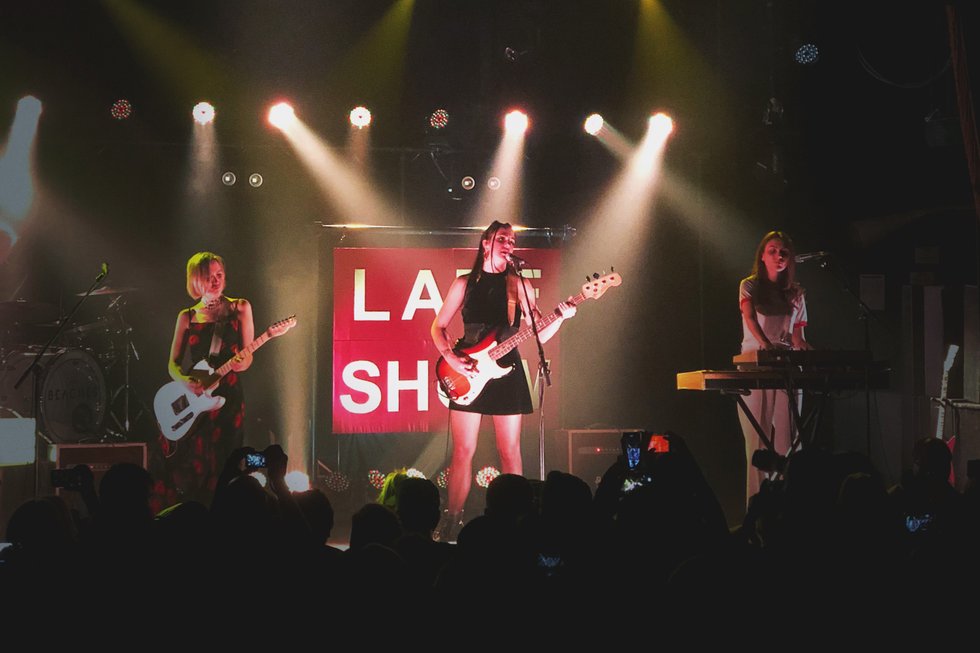 THE BEACHES at the Opera House, Friday, May 11. Rating: NNNN

Before the Beaches took the stage for the sold-out final stop of their first headlining tour across Canada, Avril Lavigne’s voice thundered throughout the Opera House. (The Toronto rock foursome are self-proclaimed Lavigne lovers.) They had pure rock ’n’ roll energy ripping through Loner, Moment and hit single Money. But it was their spectacular cover of the Ronettes’ Be My Baby that showed their true potential as a group. Their set sounded like the Strokes but looked like if that band were in a 90s teen comedy. Truthfully, it was quite a sight. SARAH MACDONALD

Scarborough’s Alcordo is an R&B newcomer with one single on streaming platforms (No Good), so her 8 pm CMW performance was not only a chance to get a sense of the singer/songwriter’s live chops but actually hear the rest of her love-and-relationship-focused songs. Her sole accompaniment was Daniel Prada of Ready The Prince, who played low-key, bluesy riffs on electric guitar, so the focus remained squarely on Alcordo’s textured contralto. An obvious comparison is Amy Winehouse, but her overall vibe is much more controlled. Her falsetto runs, which grew showier as the half-hour set progressed, drew applause from the crowd mostly amassed near the back of the narrow bar. KR

ANNIE HART at the Baby G, Saturday, May 12. Rating: NNN

If you watched Twin Peaks: The Return, you should be familiar with Annie Hart’s band Au Revoir Simone from their two Roadhouse performances. Her solo material is a more minimalist version of the trio’s already understated synth-pop. The songwriting on her debut solo LP Impressive Accomplice is sharp and hooky, so part of the fun of watching her perform was how she – and one bandmate – created rich atmosphere using few elements: synths, guitar, loops and some simple choreographed moves. The set’s highlight was when she built the porous ballad California Song using synth loops and then lay on her back in front of the stage to interpret it. Her aesthetic isn’t far from the Chromatics’ neon cool, but Hart has a droll playfulness that mixes a theatrical edge into her dreamy vibes. KR

UN BLONDE at the Monarch Tavern, Saturday, May 12. Rating: NNN

Un Blonde’s Jean-Sebastien Audet needed all the help the crystals placed on his keyboard could give. Whether due to a distracted sound tech or one overwhelmed by his unpredictable shifts between the keyboard and piano, piercing feedback nearly undermined his well-attended midnight set. But the Montreal musician pushed through the tech issues (and the loud backroom of bar-goers) doggedly, wowing with passionate and bluesy gospel-tinged vocals and obscure snippets of new songs that abruptly ended almost as soon as they began. Un Blonde’s work can stand up to challenging circumstances, even thrive in them. CVG 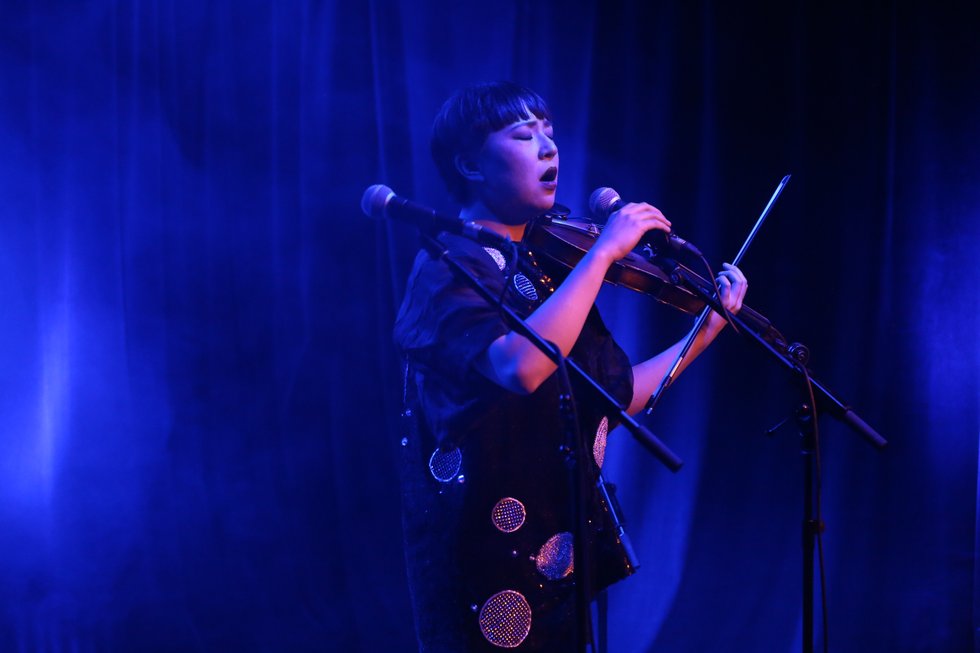 During the hustle and bustle of CMW, Foonyap’s hour-long set felt like a soothing exhale. The Calgary-based experimental artist artfully looped and layered violin and mandolin, alongside her powerful voice that reverberated across the intimate theatre. She’d often begin songs by simply plucking her violin, gradually adding whispers of mandolin strums, dramatic bows and otherworldly effects. And just as the songs grew into booming soundscapes, she’d unravel them piece by piece. The performance was a welcome reprieve from the regular rock show fodder of CMW and left me feeling rejuvenated.  SAMANTHA EDWARDS

DUSTED at the Garrison, Saturday, May 12. Rating: NNN

“I know it’s early by [CMW] last call standards, but we’re going to start this off a little chill,” Brian Borcherdt announced when he came on shortly after 1 am. The Dusted frontman began with Seasons, the breezy opener from his recently released album, Blackout Summer, before launching into a series of rollicking songs that showcased his full new backing band. Although Borcherdt’s been playing shows with Dusted on and off since 2012, he told the crowd that it felt like one of his first and that he needed to get over the nerves. And while he didn’t seem particularly nervous, he definitely looked the most comfortable when playing Property Lines, a throwback from his debut. Unfortunately, that was the last song of the night so the newfound confidence was short-lived. SE 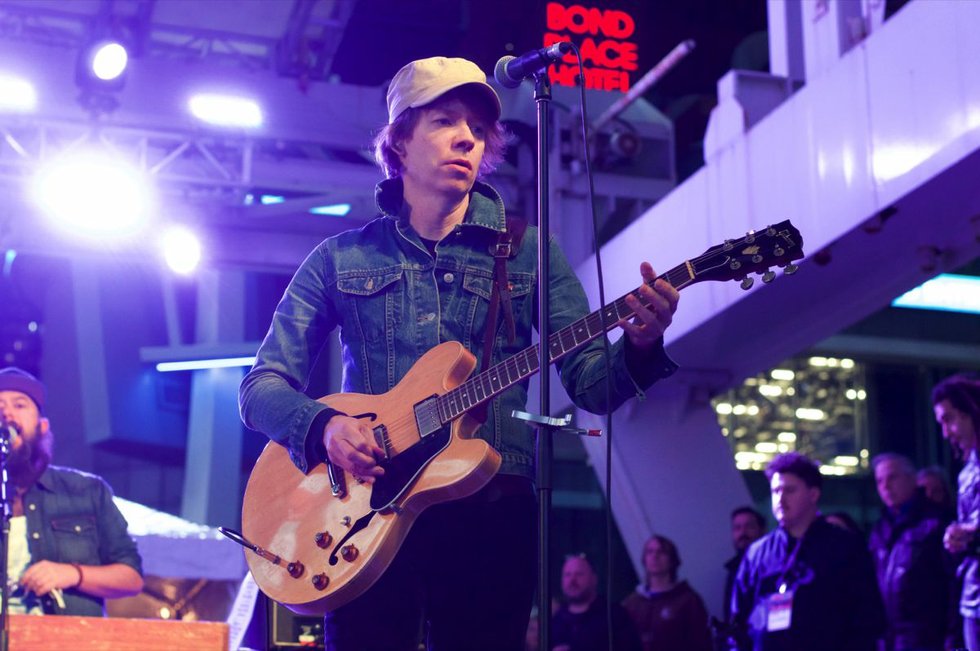 CMW’s free concert at Yonge-Dundas Square was mostly shruggy vibes before Sloan took the stage, but it only took a couple of songs for them to channel the crowd’s listless energy into rapturous attention. The band’s best-known songs are still ubiquitous: when Chris Murphy stepped away from mic during The Other Man and The Rest of My Life, the audience sang his part en masse without missing a beat. They could’ve stacked the set with their most iconic songs, but instead played half of their new record 12 and some favourites from across their catalogue, all of which was received with roars of applause and hands in the air. And they made it look easy – in a way that only comes from having done it a hundred times previously.  MARK STREETER 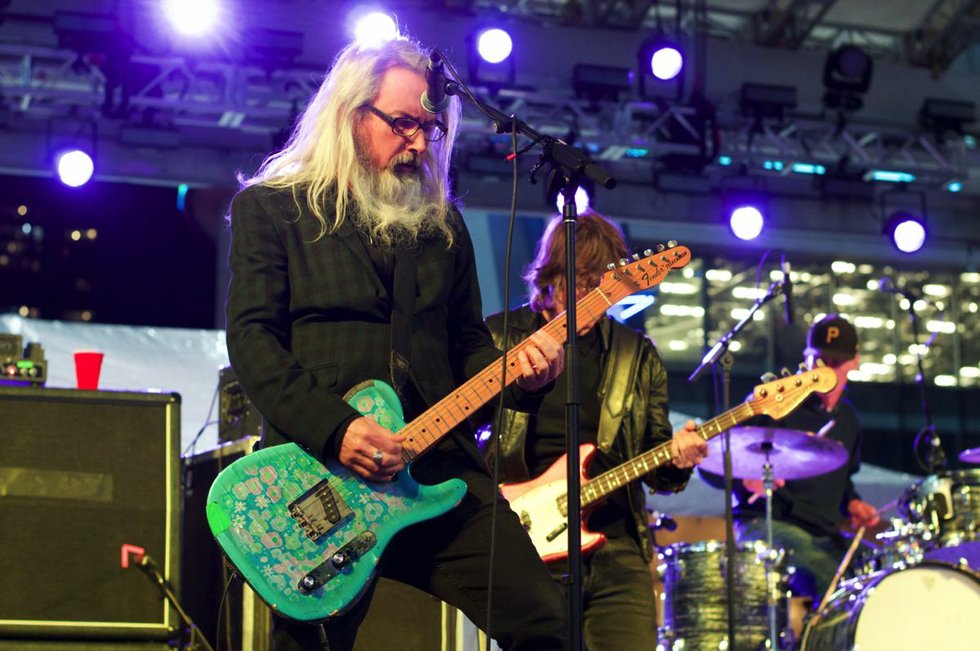