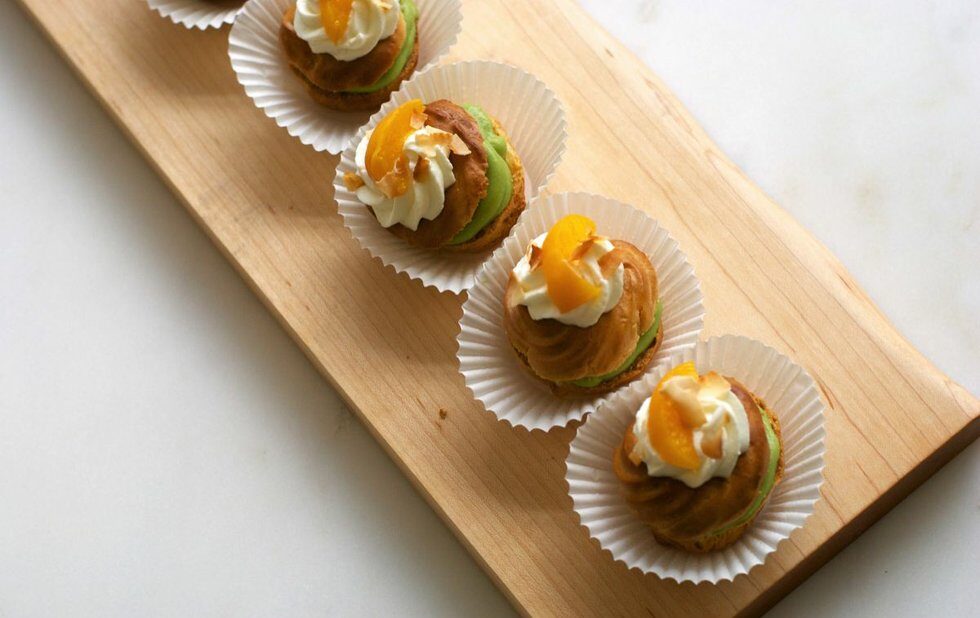 Since the company’s acquisition of chi-chi American department store Saks Fifth Avenue, they’ve been splashing out annually on celebrity musical guests. Two years ago, it was Dowager Countess of Christmas, Mariah Carey last year, they tried to appeal to a younger demo with Pentatonix.

That star power invariably overshadows the actual window display, this year a family-friendly collab with FAO Schwarz. Truly, can a bunch of cute robotic bears in Sgt. Pepper jackets really hold a candle to a real live human celebrity? Especially this year’s guest of honour, Carly Rae Jepsen, who has only played one Toronto show in the last three years, and who really needs to drop the album already because it’s been two years since E-MO-TION Side B and we’re dying out here?

Either way, a packed crowd in front of those windows is what Hudson’s Bay wants, and dangling the prospect of a few live tracks by the Queen of Literally Everything herself in front of our starving noses was a profoundly effective way to get it.

A few short minutes after the windows were unveiled, she took the stage, resplendent in a look that my ex-NOW colleague Vaughn Stafford Grey would call Rich Auntie Chic: a floor-length, long-sleeved, body-hugging fishtail dress in a lily-printed velvet fabric, plus gloves, with a pink furry ushanka perched over her new blonde bob. 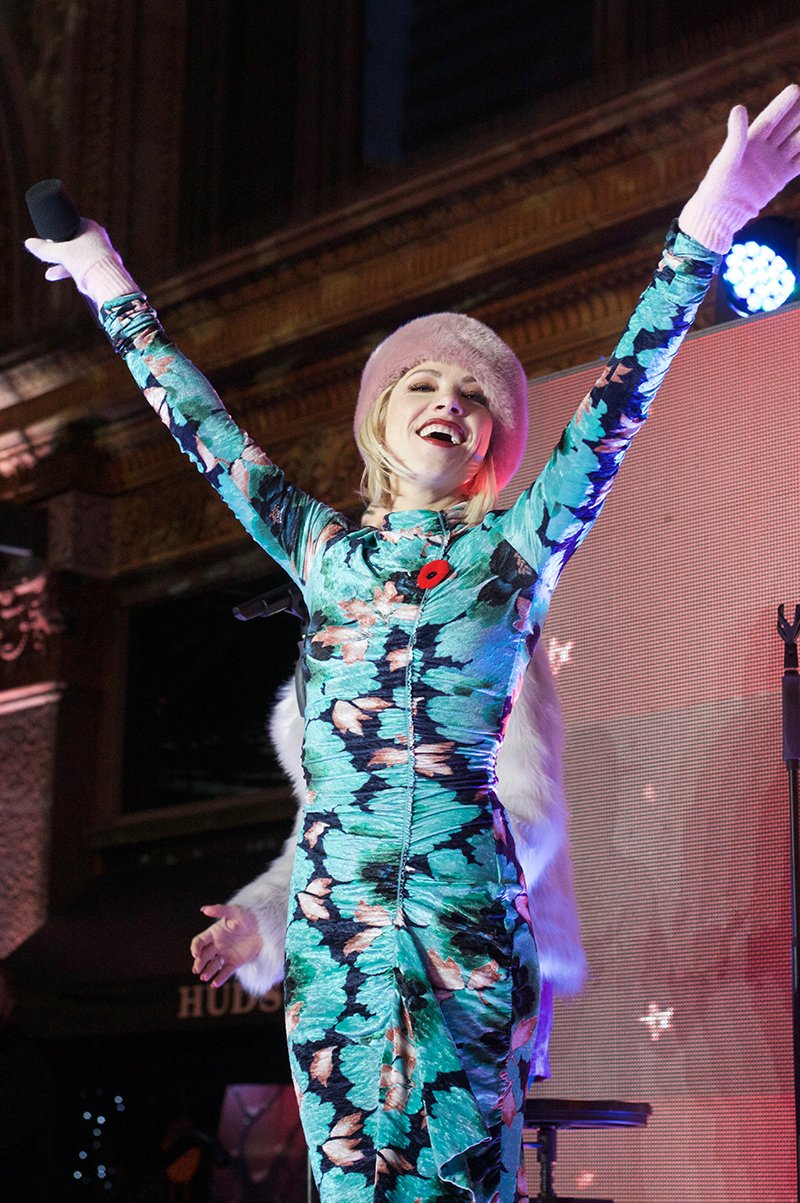 In lieu of a backing track, Jepsen brought up an acoustic guitarist and bassist, plus two backing vocalists in furry jackets, who helped her handle the lilting “ba-ba-ba-da-ba” vocals in her opener, a cover of Wham!’s Last Christmas. Going the acoustic route definitely down-shifted the pop bombast we’ve come to expect from CRJ, but also added a cozy, homey feel.

Live, Jepsen is massively charming. She beamed at the crowd, pointed at audience members singing along, flashed those glimmering blue eyes and did arm-wavy, hip-twisty dance moves that might have been sexy in any other context, but thanks to the outfit, came down more on the side of “Aunt Lucille got real ripped on Brandy Alexanders after Christmas dinner.”

During the set (which also included Let It Snow and Cut To The Feeling), meanwhile, the kids behind me were shrieking “PLAY CALL ME MAYBE” like she was going to play four songs at a corporate event and somehow not have one of them be Call Me Maybe.

And then she played Call Me Maybe! And we all sang, basking in the glow of CRJ and her sparkly presence, until the set ended, the spell broke, and the wintry wind ripped back into the loosening crowd.

It was an all too brief reunion with our queen (seriously, club show now), but at least she (or perhaps the corporate events budget of the Hudson’s Bay Company) bestowed upon us the holiday gift of a momentary, magical audience. 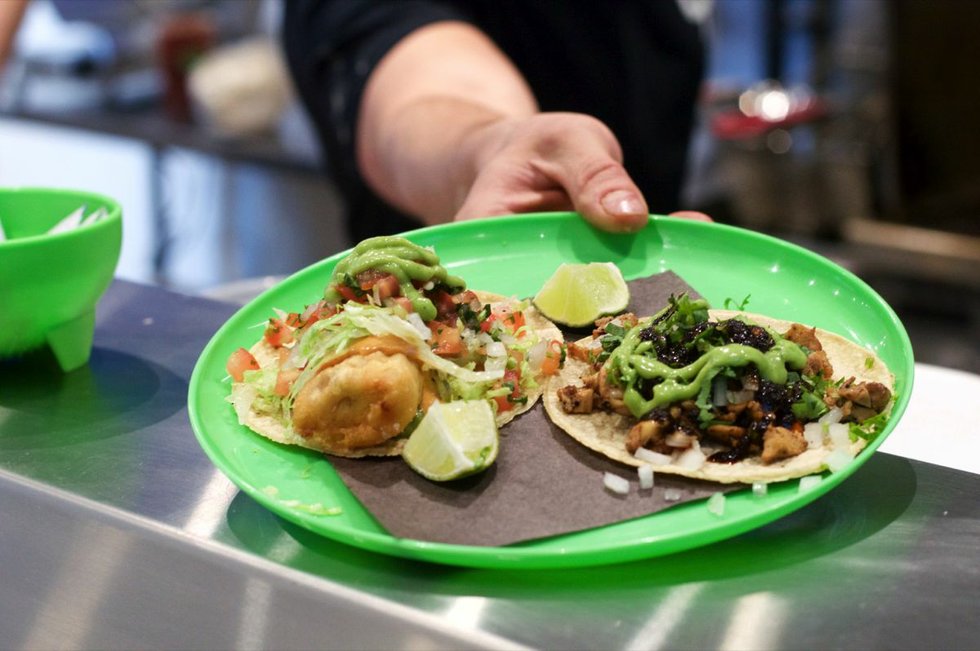 This year, they decided to give the show a boost by adding an opening set, choosing hometown up-and-comer Johnny Orlando. I had never heard of him before this show, and you might not have either, but the 15-year-old singer already has a record deal with Universal, a Teen Choice Award nom, 5.6 million Instagram followers, and a teen fan base willing to scream just as loud for him as CRJ (impressive).

Wearing plaid pants and a wide grin and backed by an equally fresh-faced live drummer and guitarist, Orlando was clearly having a blast onstage, buoyed by the attentive crowd. He got three songs, including What If and Last Summer, both bouncy pop tracks in the Bieber / 1D tradition, plus a Christmas track I didn’t catch the name of. I think he said he recorded it when he was eight, at which point I blacked out.

It was a smooth performance, but there’s room for him to grow. The kid was obscuring his face with the mic and never seemed to reach out and touch the crowd’s outstretched hands long enough for the shot to get into focus. Proof, once again, that pop stardom isn’t just a good tune, a floppy haircut and a glowing complexion not yet ravaged by time – it’s also learning your angles. 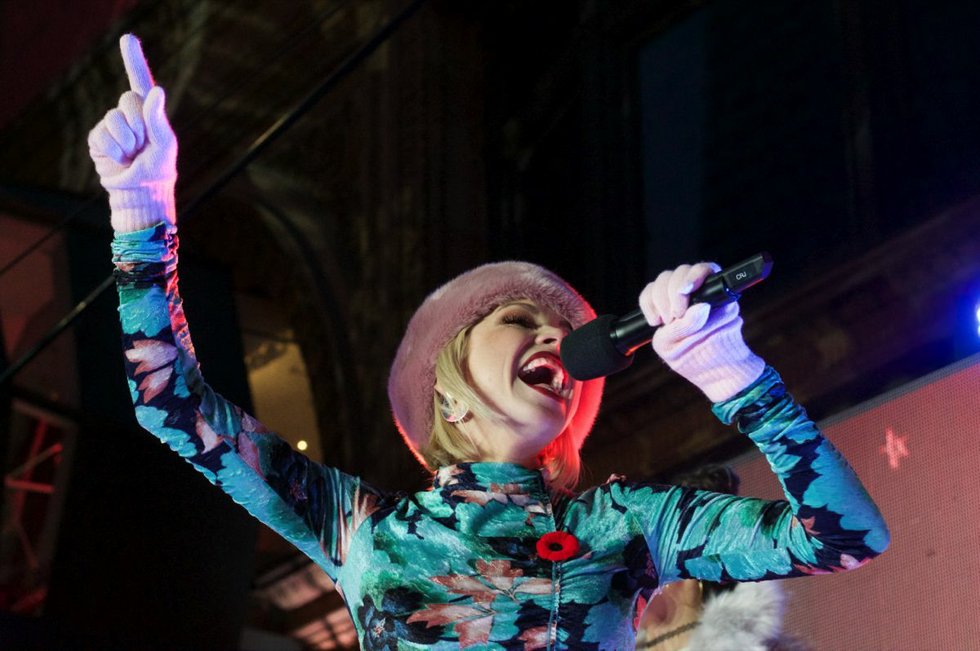