Review: Cartel Madras hinted at big things to come at the Drake Hotel 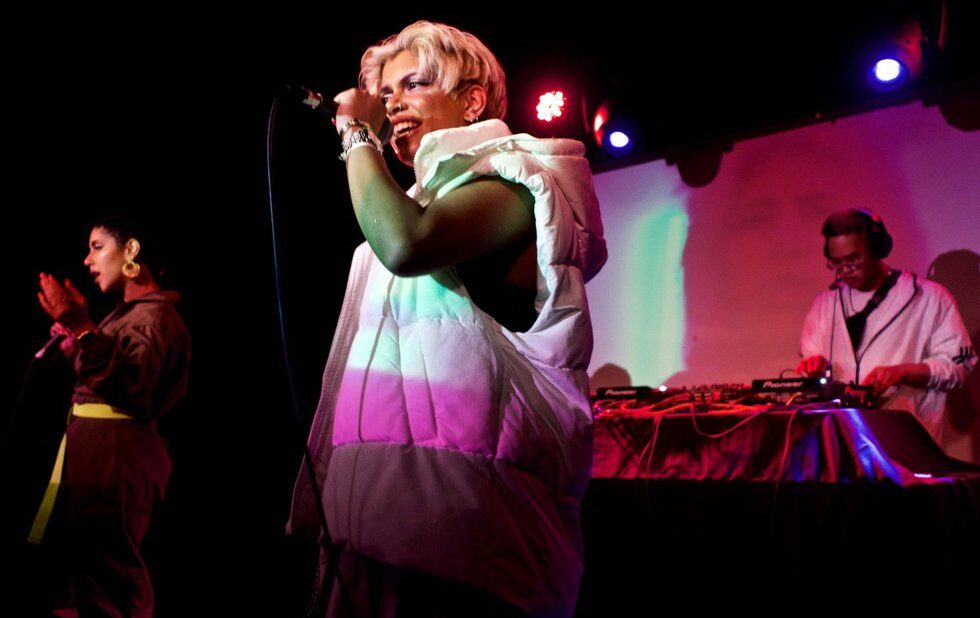 Sometimes you go to an artist’s show just knowing it might be the last time you get to see them in a small room. That was definitely the feeling at Cartel Madras’s “first real Toronto show” at the Drake Underground on Saturday night. It was an early concert, over by just after 9:30 pm (presumably so the Drake could pack in another party), but it showed off the power and charisma that could push the duo to big heights in 2020 – and probably bigger venues with higher ticket prices.

Cartel Madras are two Calgary-raised siblings, Eboshi and Contra, who make what they call  “goonda rap.” It’s a twist on gangsta rap influenced by their South Asian heritage (they were both born in Chennai in the Indian state of Tamil Nadu) and queer identities, bringing in bits of trap, house and grime – all delivered with a punk energy reminiscent of Toronto’s Just John x Dom Dias. Their set was short but exhilarating, a swift gut punch. 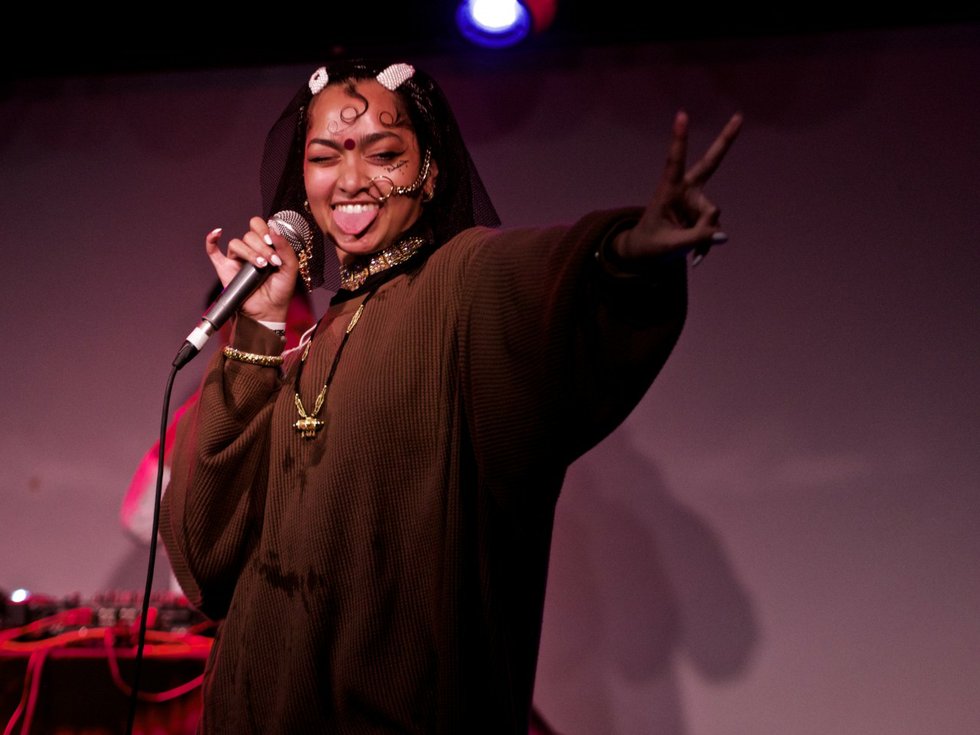 First, there was an even briefer set from unannounced opener SuKha. The Toronto-based artist strutted around the stage like it was a fashion runway, voguing and (briefly) belly dancing. She spit with a clipped delivery reminiscent of UK grime, rapping about being a goddess and dedicating the song Alien to immigrants and “people who feel invisible.” She only played four songs, but she knew her moment and shot her shot, plugging her Instagram and ending with a full-throated “are you fucking dumb?”

The crowd was sufficiently warmed up by the time Cartel Madras hit the stage, but they turned us up even more. Egging us on by telling us how hard their hometown of Calgary goes and quoting their own song title by urging “Thirsty Thots 2 Tha Front,” they had the audience crowded into the front. The energy never dropped from there. “As you can tell our songs mostly cap out at two minutes,” joked Eboshi at one point. “Anything more than that is too much for my ADHD,” answered her sister. They joked they were trying to go viral on Tik Tok but “that shit’s very confusing.” 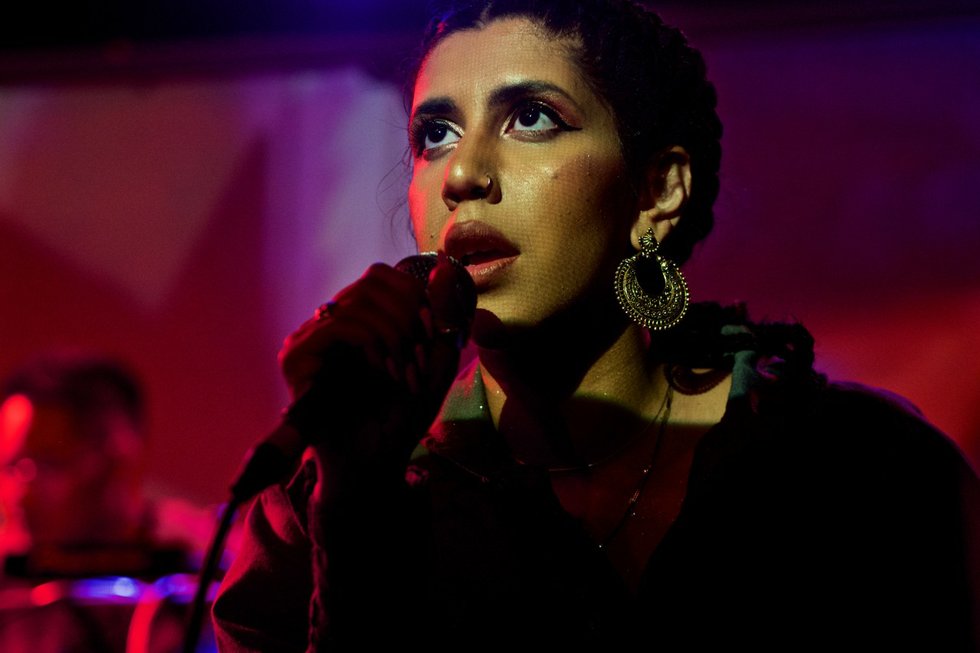 Cartel Madras only have two EPs to their name so far. Their 2018 free mixtape Trapistan got them signed by Sub Pop and Royal Mountain (with an endorsement from Shabazz Palaces) and they recently dropped Age Of The Goonda on those labels. That caps out at about 24 minutes of material, but they also had a bunch of new stuff to tease, some of which they said they were debuting on stage for the first time. Playing to a backdrop of Cartel Madras videos and anime, they showed off their mix: both chant-along choruses designed to get the crowd moving and also serious bars.

Even with the new stuff, the set lasted less than an hour. But it was the kind of show that felt like part of an upward trajectory. With a label behind them and a desire to make a statement, their time could be coming soon. “We’ll be seeing you around Toronto,” they said as they left the stage. I don’t doubt it. 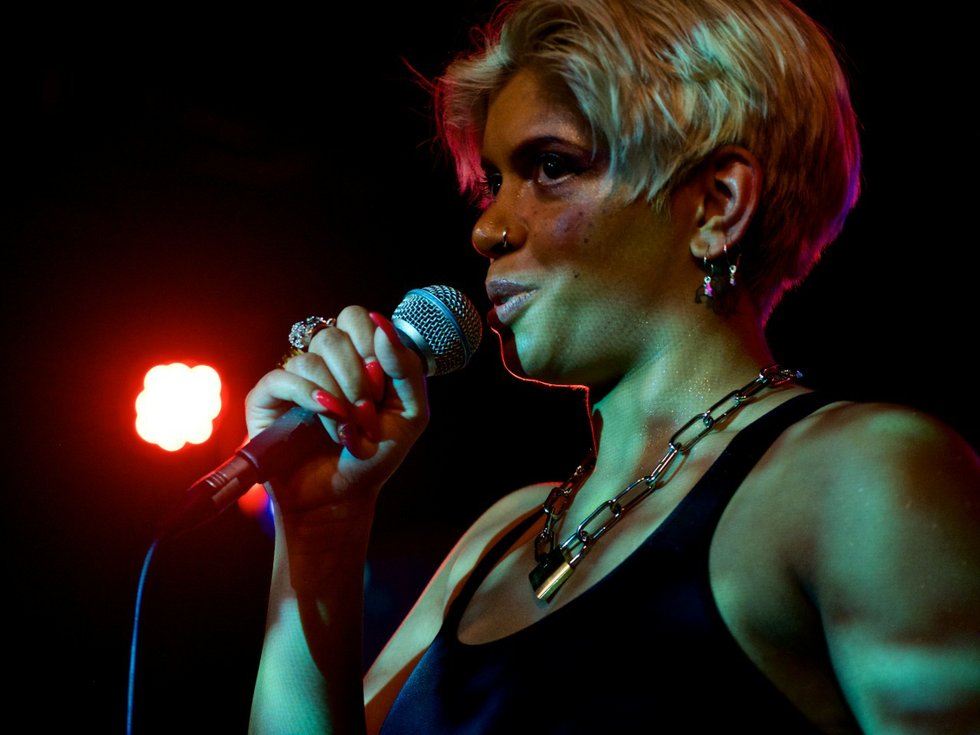