Canadian Music Week 2019: the best and worst of the fest so far

Reviews from the first few nights of the club-hopping music festival, including Television, Azealia Banks, Rhye, ...And You Will Know Us by the Trail of Dead and more 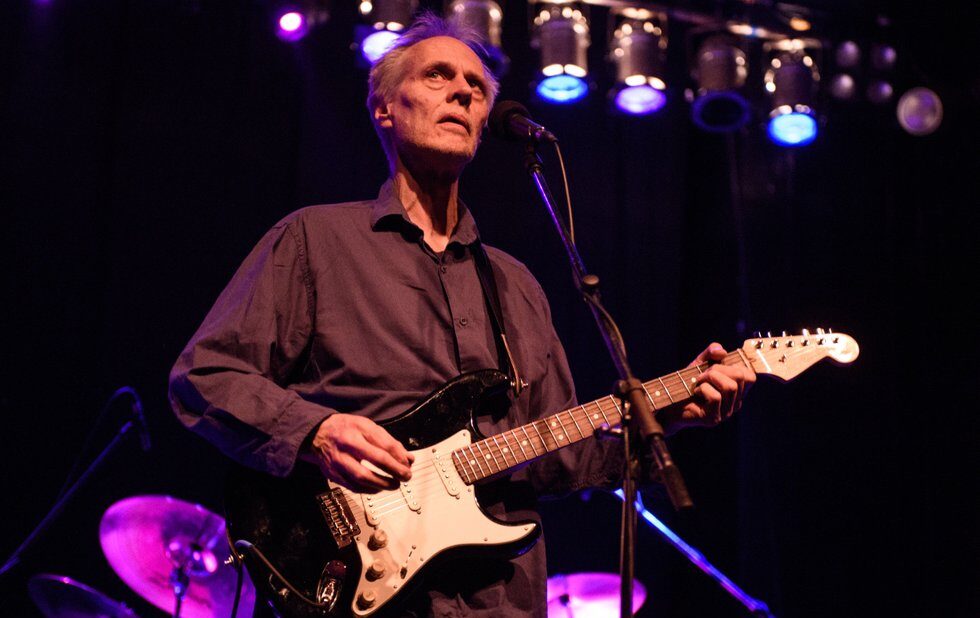 TELEVISION at the Phoenix Concert Theatre, Monday, May 6. Rating: NNN

It’s a thrill to see your cult heroes, and Television didn’t disappoint. Their CMW kick-off set focused on their 70s output as groundbreaking NYC post-punks. Although Tom Verlaine’s fading voice remains effortlessly cool, when it comes to Television, it’s all about the guitar interplay. The talkative riffs climbed and staggered, sharp and insistent, with Verlaine needing to pause to stretch his fingers near the end. Jimmy Rip’s fretboard inventiveness was just as dazzling and responsive. Energy waned during the last half due to meandering instrumental excursions that padded out the set, but then the four-piece casually slid to the finish line with masterpiece Marquee Moon. A thunderous version of Friction made for the perfect encore. CARLA GILLIS

VINYL WILLIAMS at the Baby G, Tuesday, May 9. Rating: NNN

Psych-pop band Vinyl Williams – led by L.A.-based Lionel Williams, who happens to be the grandson of film composer John Williams – brought a full band to the second night of CMW. Williams’s signature hazy, hushed vocals swept over dreamy melodies, before the band abruptly switched to harder-edged sounds. While it would’ve been fair to assume the set would be chockfull of winding instrumental indulgences, it was surprisingly streamlined. Not as meditative as on their records, the band was still clearly vibing one another. SAMANTHA EDWARDS

…AND YOU WILL KNOW US BY THE TRAIL OF DEAD at the Mod Club, Wednesday, May 8. Rating: NNN

…And You Will Know Us by the Trail of Dead hit CMW as part of their 20th-anniversary tour for their 1999 sophomore album Madonna. They played the album in full, but when the American indie band capped off the set with a pair of songs from 2002’s Source Tags & Codes (It Was There That I Saw You and Another Morning Stoner) the earlier album set felt like a bloated warm up. Drifting between chiming atmospheres and frantic explosions while demanding Conrad Keely and Jason Reece repeatedly switch off on guitar/drum/vocal duties, it was a marathon exercise in shifting modes. The toll Source Tags’ opening blasts were taking on the band was clear, and Keely threw in the towel early. TOM BEEDHAM 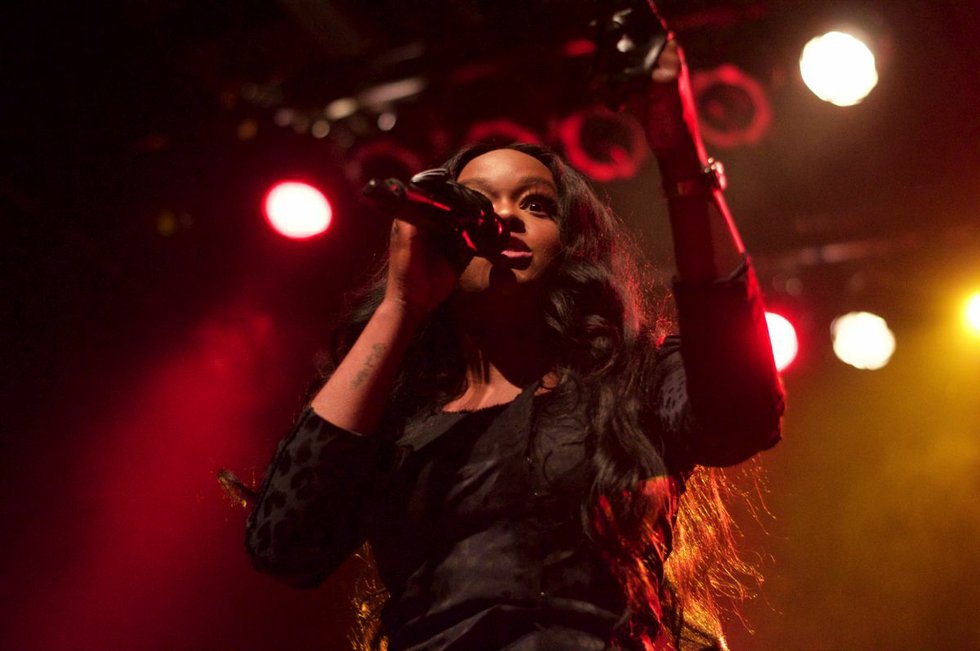 Considering controversial Harlem rapper Azealia Banks’s penchant for drama, she got off to a surprisingly static start. Her razor-sharp bars and hypnotic house beats were enhanced by a DJ and live drummer, but the 40-minute set lacked the bold personality that she has shown in interviews and Twitter feuds. She broke up her set with a cappella intros sung in an ailing falsetto and brief reflections on her connections to Canada, like the fact that she used to live in Montreal. The energy eventually picked up at the tail end of her performance and her encore, during which she performed Liquorice and 1991, eclipsed the rest of the performance. But overall, the set came off as uncharacteristically tame. Perhaps she was keeping herself out of trouble and perhaps she has just grown past her days of being incessantly embroiled in controversy. SUMIKO WILSON

EBHONI at the Baby G. Wednesday, May 8. Rating: NNNN

Emerging onstage in a sleek black tracksuit, Ebhoni wasted no time reminding the audience at the UNCDTNL showcase why she’s one of Toronto’s most promising new R&B talents. She strutted across the stage with infectious energy and camp-meets-vamp choreography while blasting through her catalogue of hits, including the dancehall-inflected TGM and bubbly new single Drama. She paused to joke about the venue’s security supposedly giving her trouble at the door for being under 19. “But bitch I am 19, so we about to turn up on a Wednesday,” she said before taking a shot on stage. And turn up we did. CLAUDIA MCNEILLY

Not technically a CMW show, this invite-only Rhye concert at the Kimpton Saint George Hotel was at least CMW-adjacent. Mike Milosh’s band was a good fit for it – the sound of the smooth and tasteful piano-based songs of Rhye’s new record Spirit (out today, May 10) might best be described as “boutique hotel.” The loungey four-piece band was packed into an unelevated stage area of the hotel bar, which made it hard to see them – but even if you could, you wouldn’t expect that soulful falsetto to be coming out of Milosh, who looks more like the leader of a late-90s post-grunge band. He struggled throughout the set to make his hushed songs compete with the open bar, asking the espresso-martini-clutching crowd to snap and sing along. He made a valiant effort though, improvising lyrics about an oblivious guy schmoozing at the back and at one point breaking into a version of the Game of Thrones theme song. RICHARD TRAPUNSKI

Although CMW’s schedule promised a 9 pm start, Dre Ngozi didn’t take the decks until 11. But it was probably for the best. The club was still empty half an hour prior, and then it was just a loose gaggle of warm bodies standing idly by. The Toronto DJ raised the temperature with a booming platter of dancehall cuts like Charly Black’s Gyal You a Party Animal and DJ BrainDeaD’s Rewind, then turned to chopping top 40 singles (Bodak Yellow, Feeling Myself, Hollaback Girl) to confident dembow struts. In a crowded warehouse this could’ve been a rager, but here the crowd barely broke a sweat. TB

After hitting empty venue after empty venue, it was a relief to show up to Sneaky Dees to actually see people. Knowing every word to songs like Chase A Bag and Run My Money, those people were clearly there for local hip-hop phenom DijahSB, who was in fine form. Dijah’s rhymes of choice leaned toward her recent string of singles released in April, culminating in the EP, Rap Til I’m Rich. Thematically, these songs are all about the grind and Dijah’s drive. Live, there’s an impressive weight behind those words. She went a cappella during Manifest, which emphasized her message and skill – just one highlight out of a set of many.  MICHAEL RANCIC

ART D’ECCO at the Garrison, Thursday, May 9. Rating: NNNN

Often when a band or artist attempts a 70s glam rock revival, the emphasis is more on the costumes and makeup than the music. Victoria, B.C.’s Art d’Ecco definitely had the look down, with red high heels, an elegant checkered jumpsuit and a Mighty Boosh bob, but this performance was a reminder that the genre is meant to sound as good as it looks. The echoey vocals, crisp rhythms, handclap breaks and glittery guitar riffs evoked the infectious power pop stomp of classics like T. Rex, Sparks and Joan Jett, maybe even a bit of Billy Idol. RT 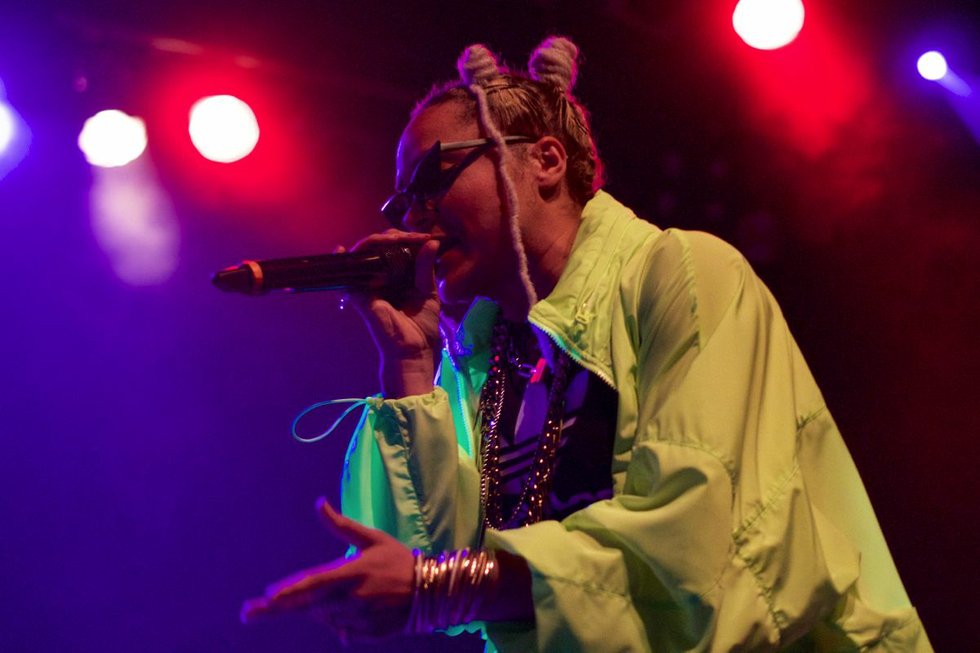