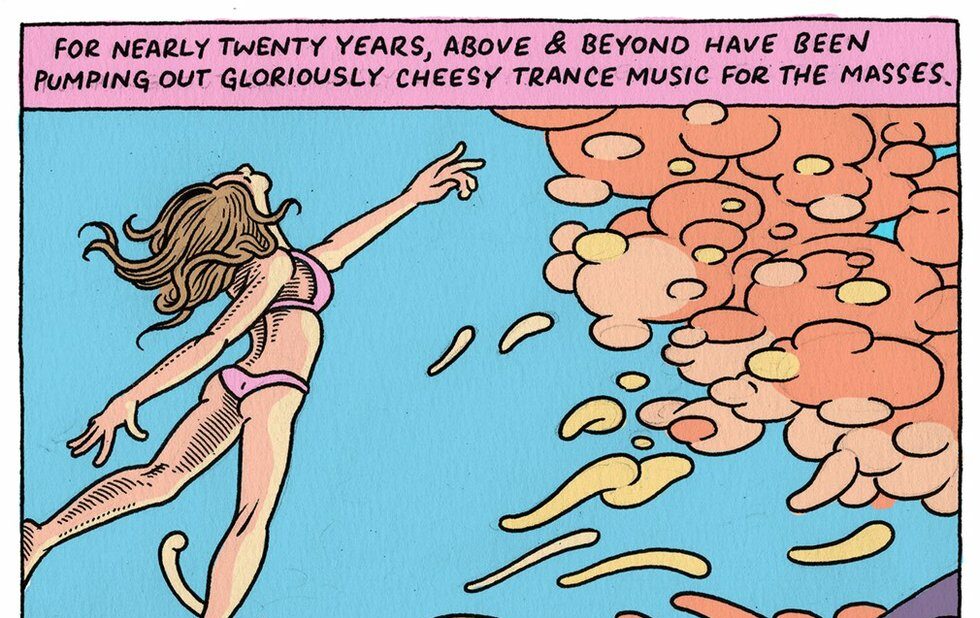 ABOVE & BEYOND at Rebel, Thursday, February 1. Rating: NNNN

The term EDM may have fallen out of fashion, but British dance group Above & Beyond (Jono Grant, Tony McGuinness and Paavo Siljamäki) is more popular than ever. The trance heavyweights have been making music for nearly two decades and their fourth album, Common Ground, just debuted at number three on the Billboard album chart. We sent cartoonist and illustrator Eric Kostiuk Williams to the band’s concert at Rebel to drink in their pulsating waves of face-melting euphoria. 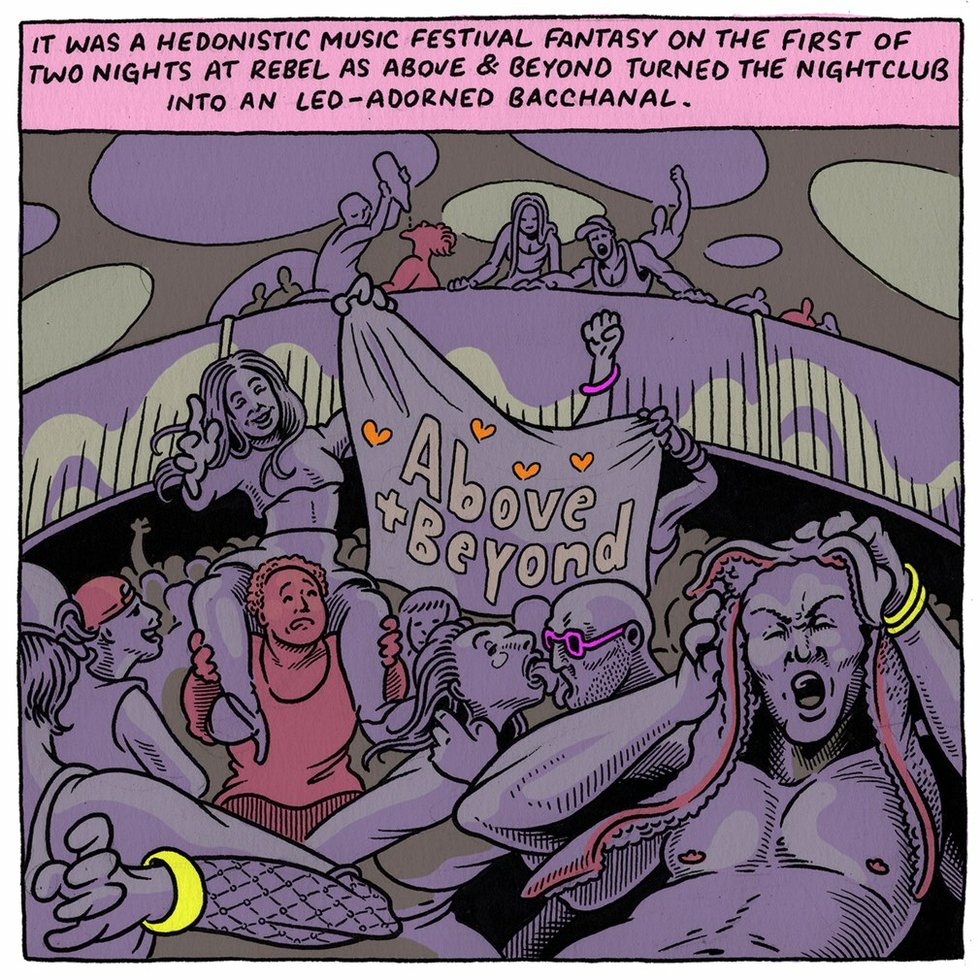 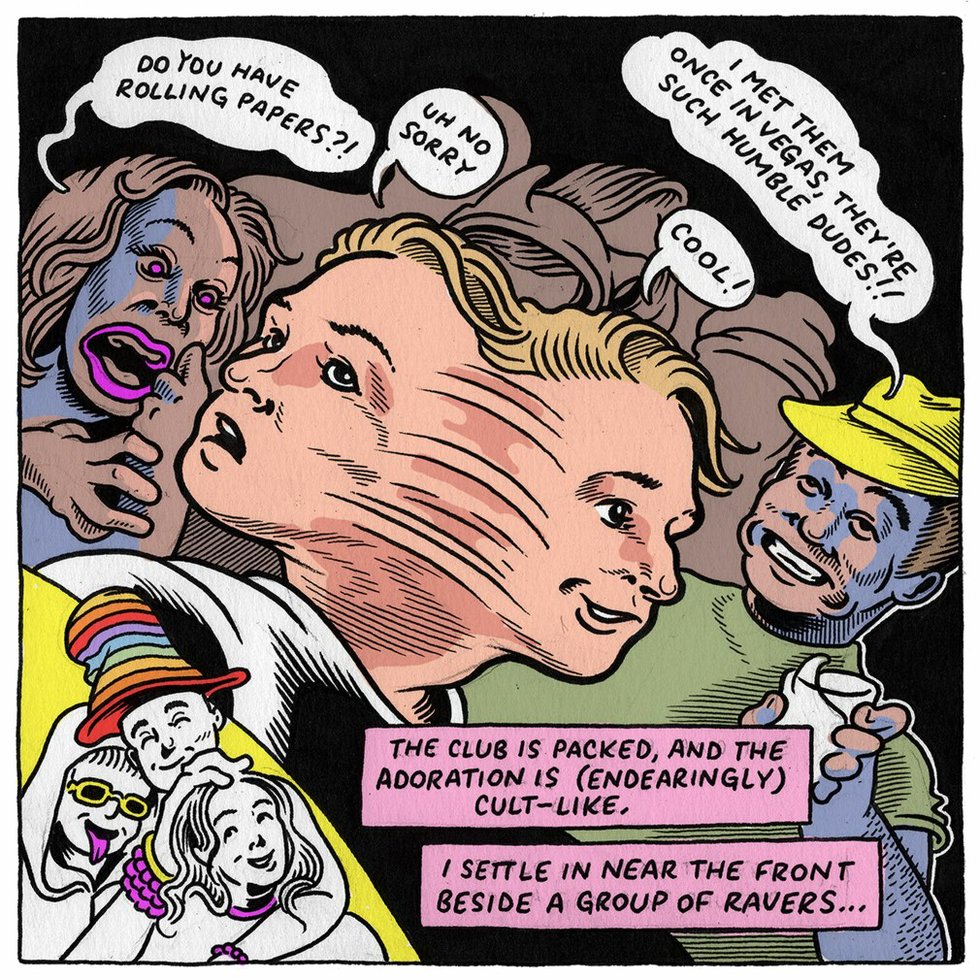 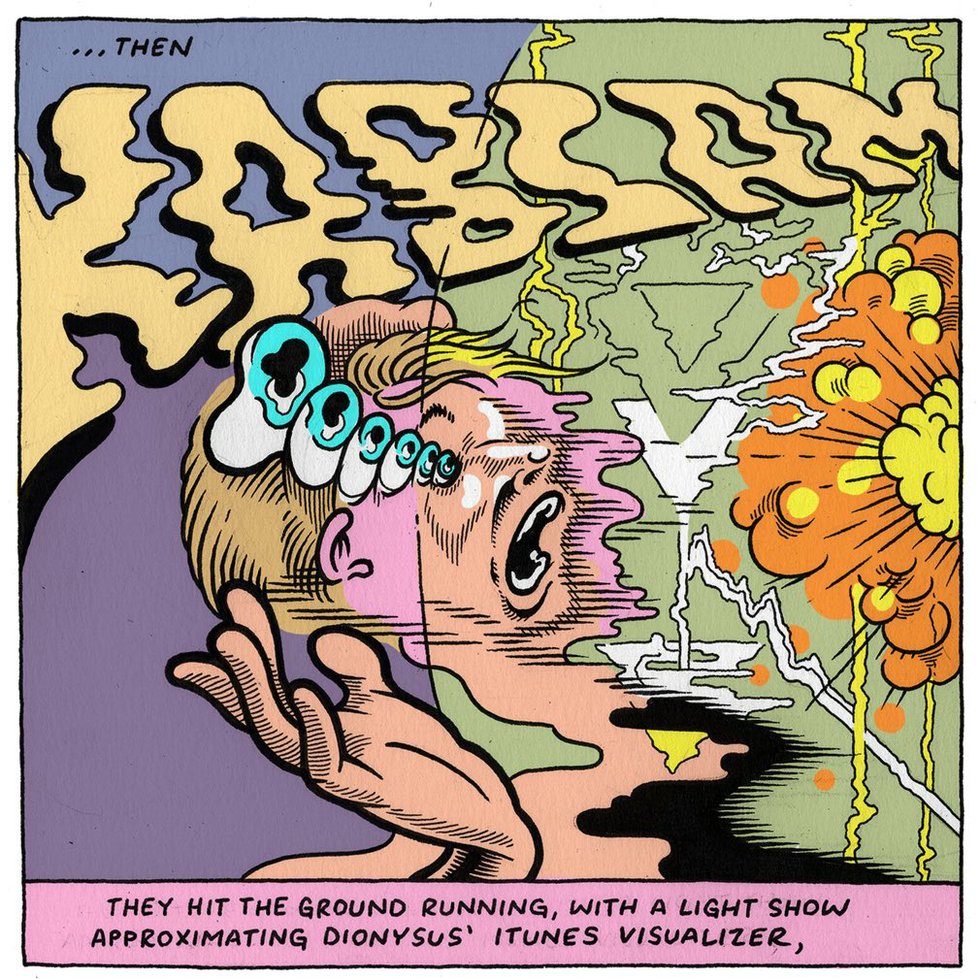 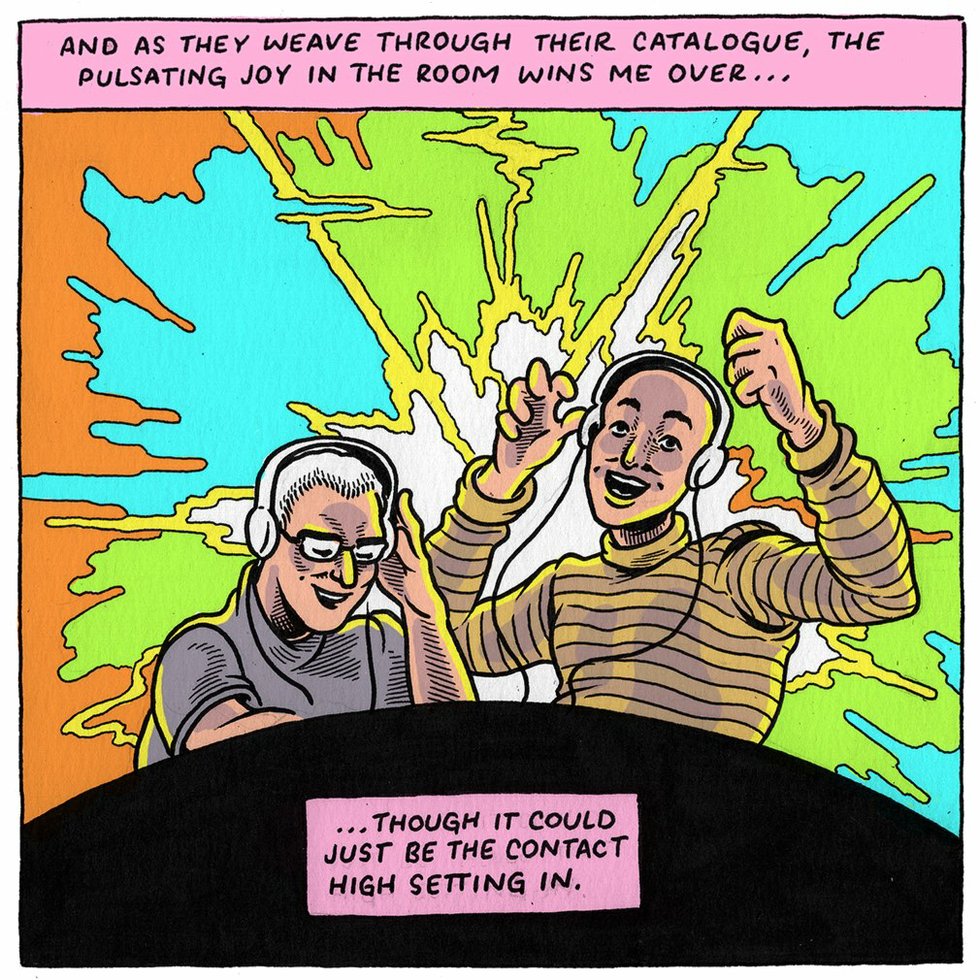 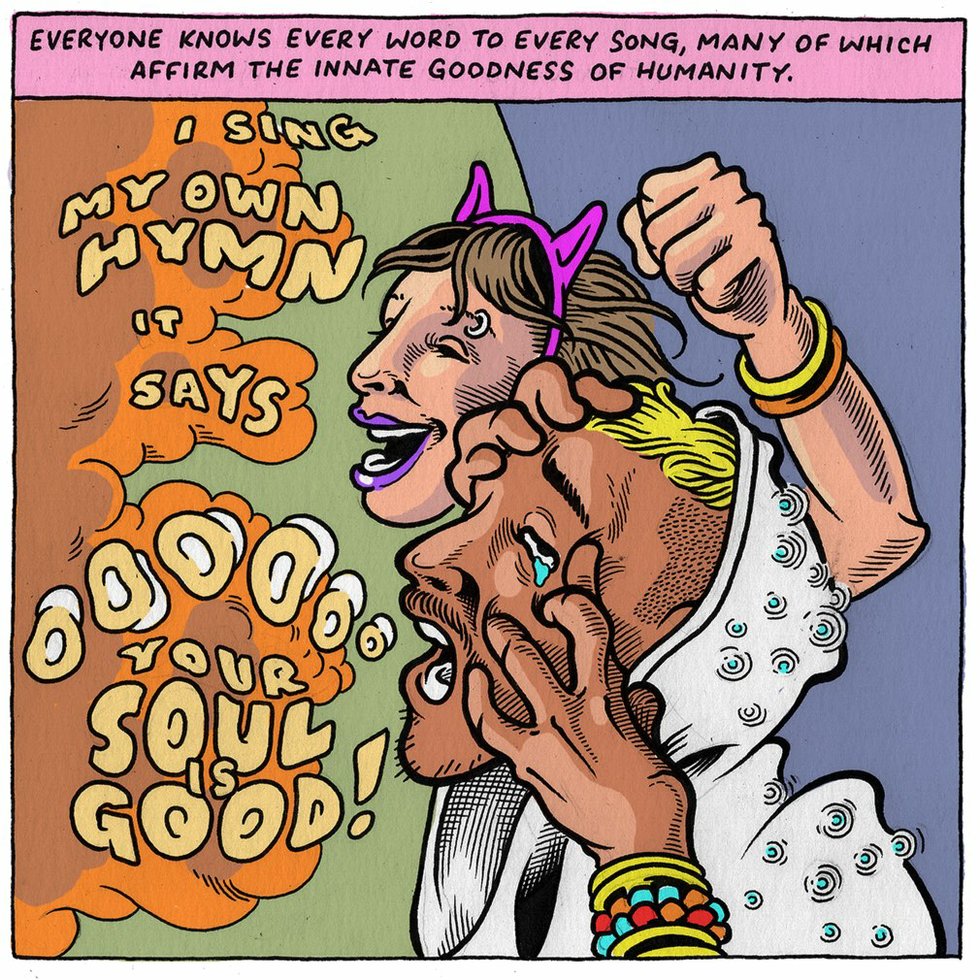 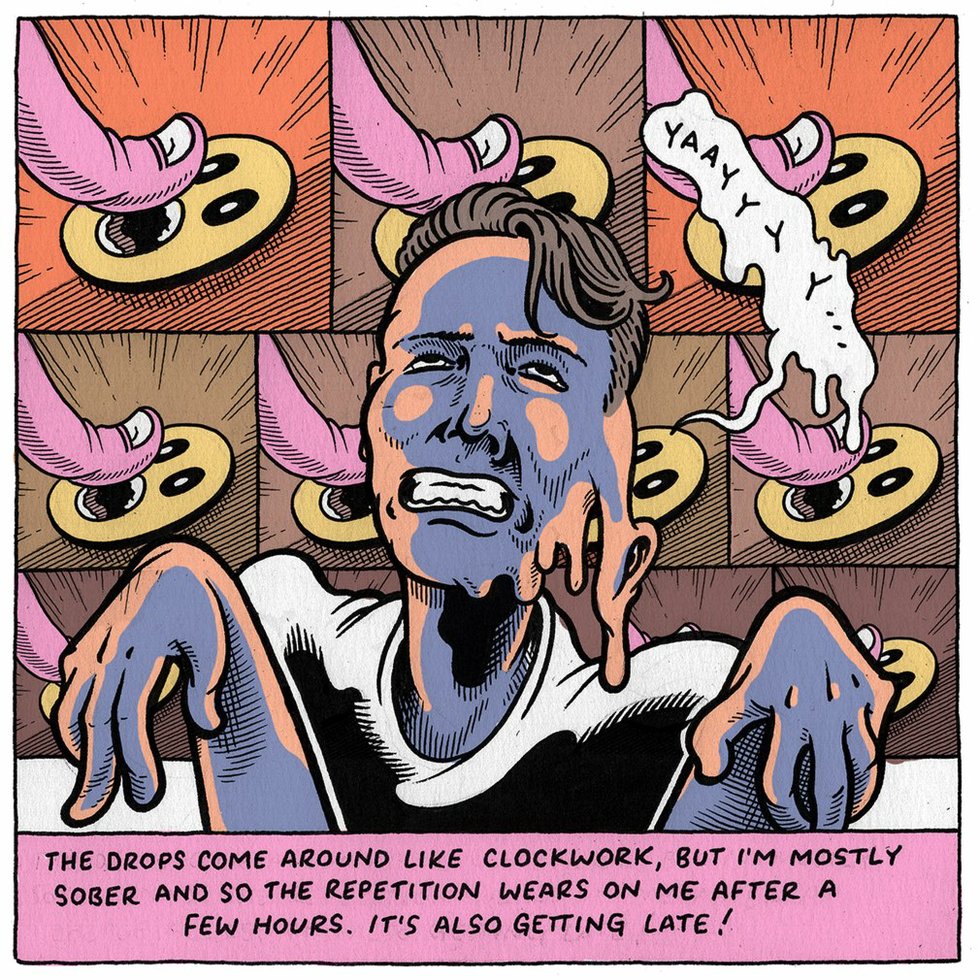 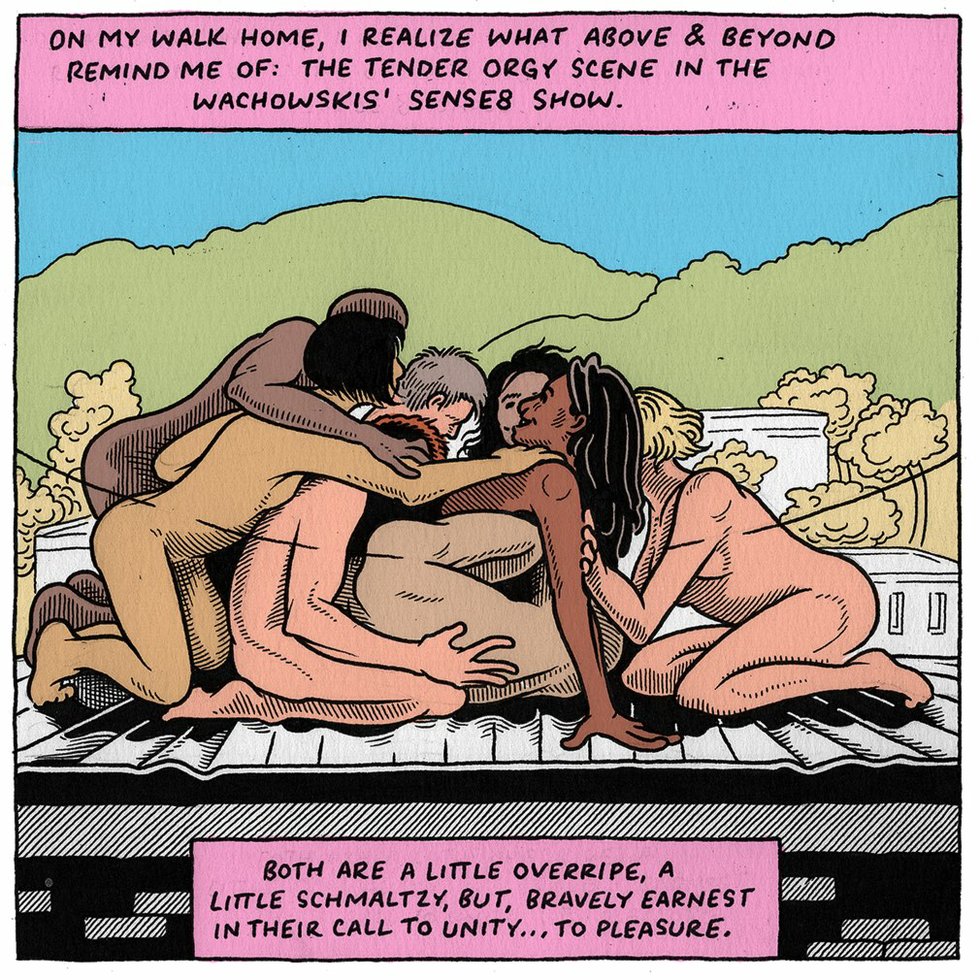 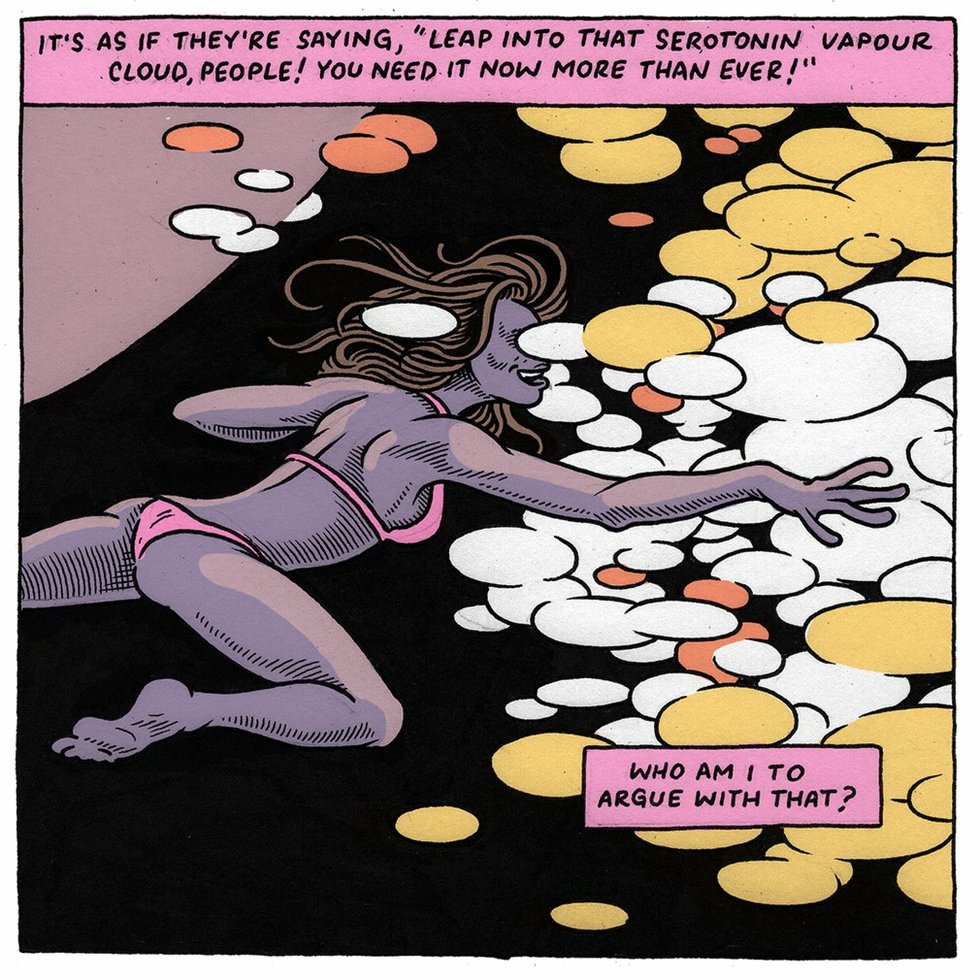