The Swedish metal band descended on the Sony Centre, and we turned it into a comic 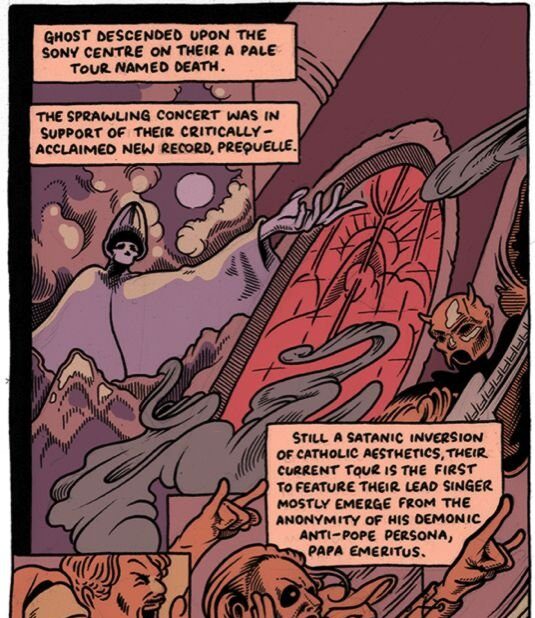 Between their costumes, elaborate stage design, shifting personas and endless Satanic imagery, Ghost are one of metal’s most cartoonish bands. So when we found out the Swedish band were rolling through the Sony Centre on their A Pale Tour Named Death, we knew we had to send Eric Kostiuk Williams, NOW’s resident comic concert reviewer. As it turns out, he caught them in a period of transition. 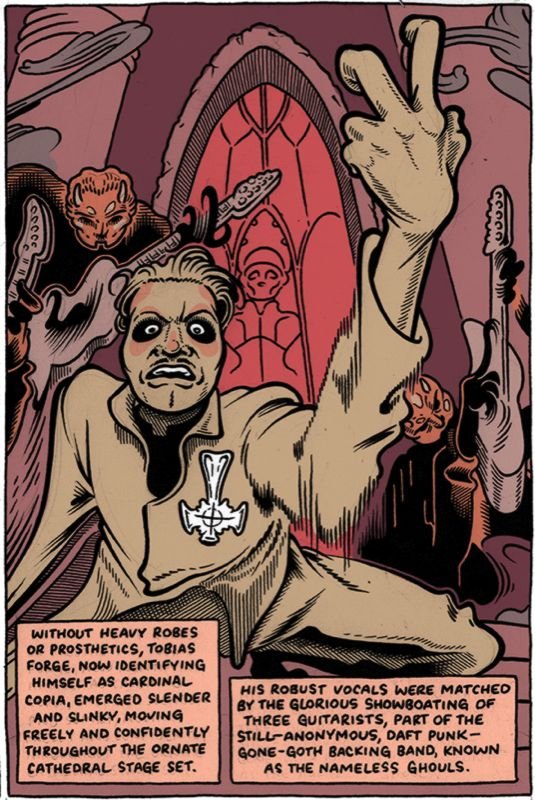 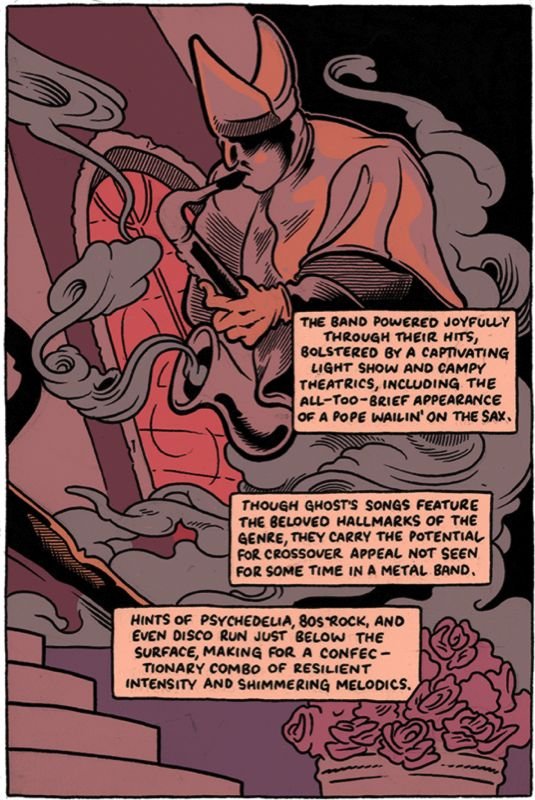 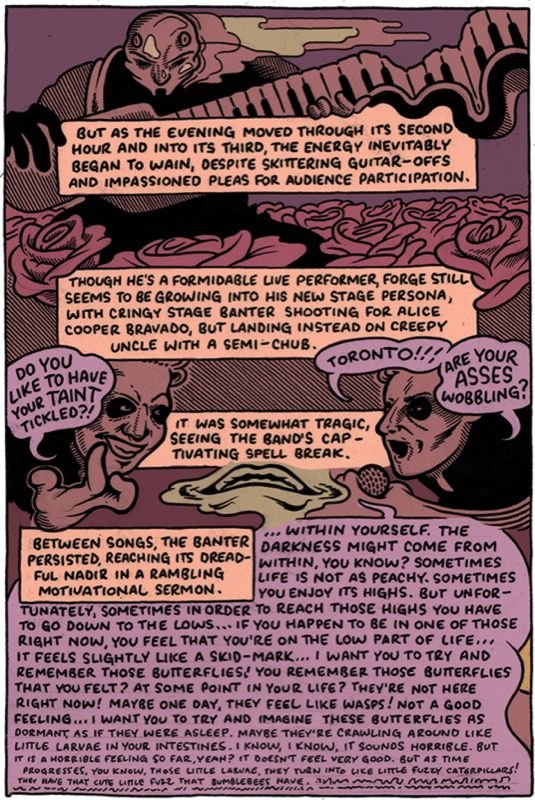 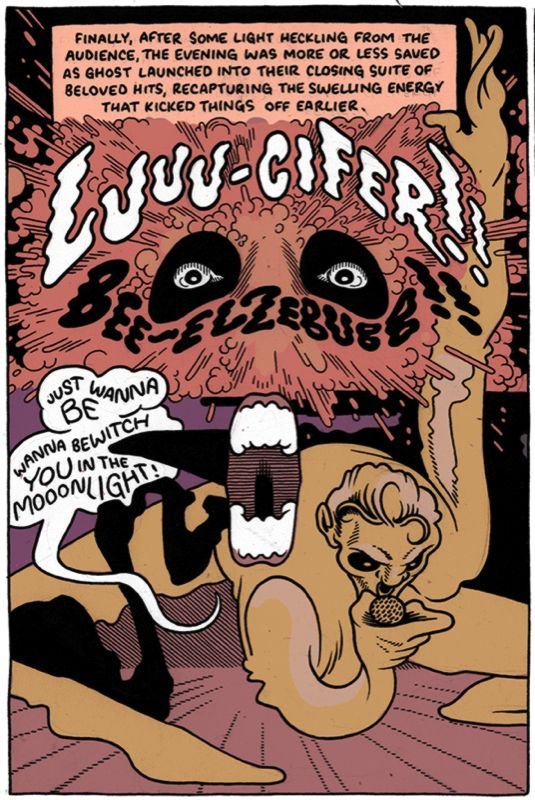 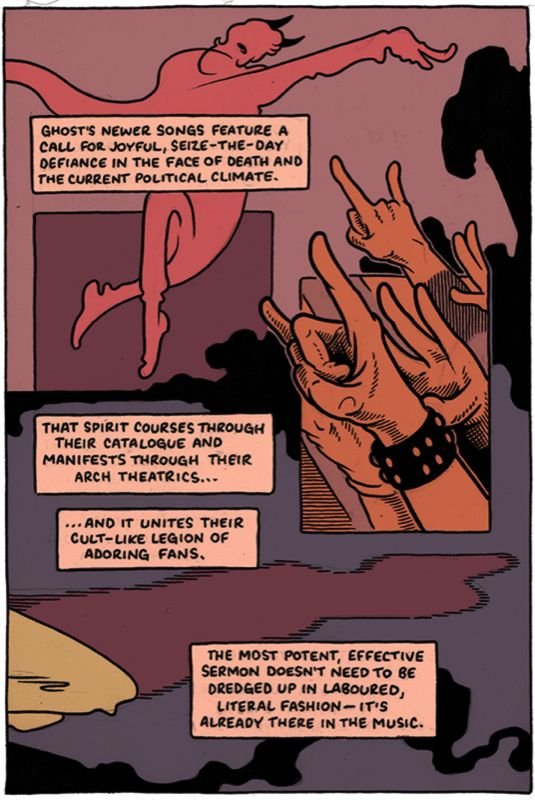 A full-page version of this comic will appear in the December 13 issue of NOW Magazine. Check that version out below. (Control-click or right-click to pop out the image and zoom in.) 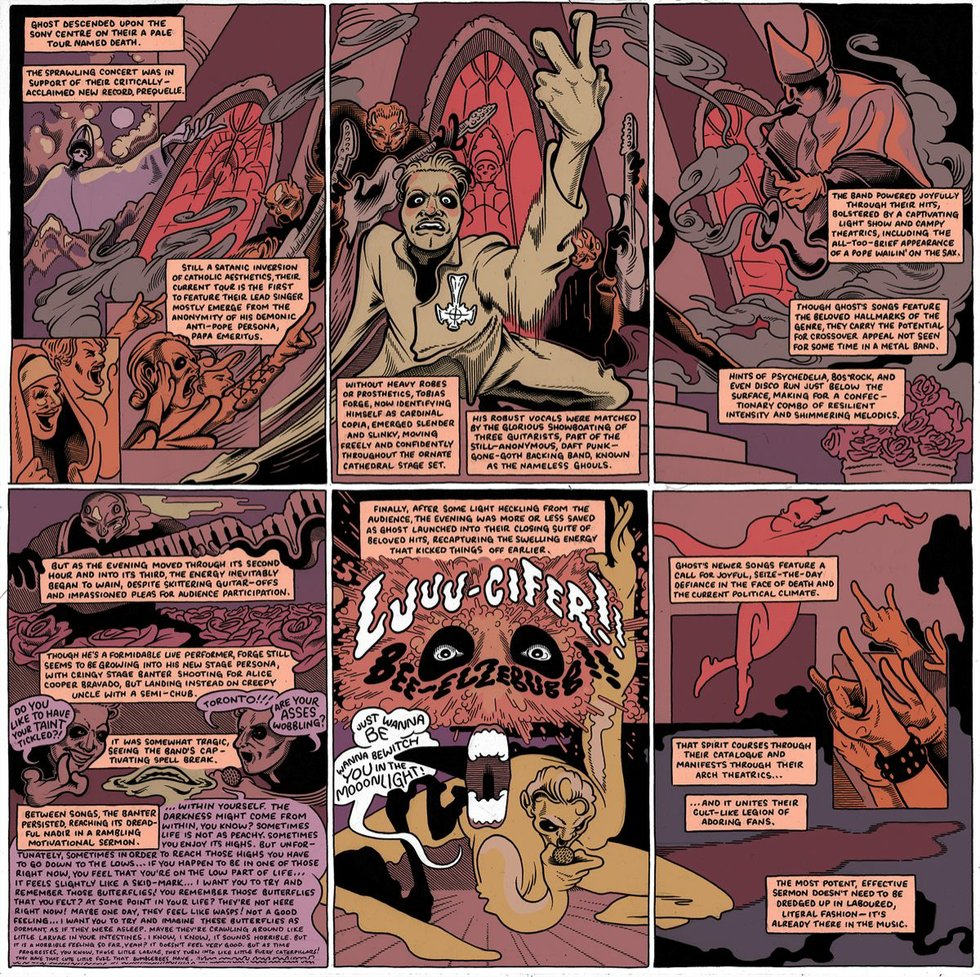 Eric Kostiuk Williams is a cartoonist and illustrator living in Toronto. Recent publications include Our Wretched Town Hall from Retrofit Comics and Condo Heartbreak Disco from Koyama Press.