Donovan Woods’s Danforth show was like a heartfelt hug 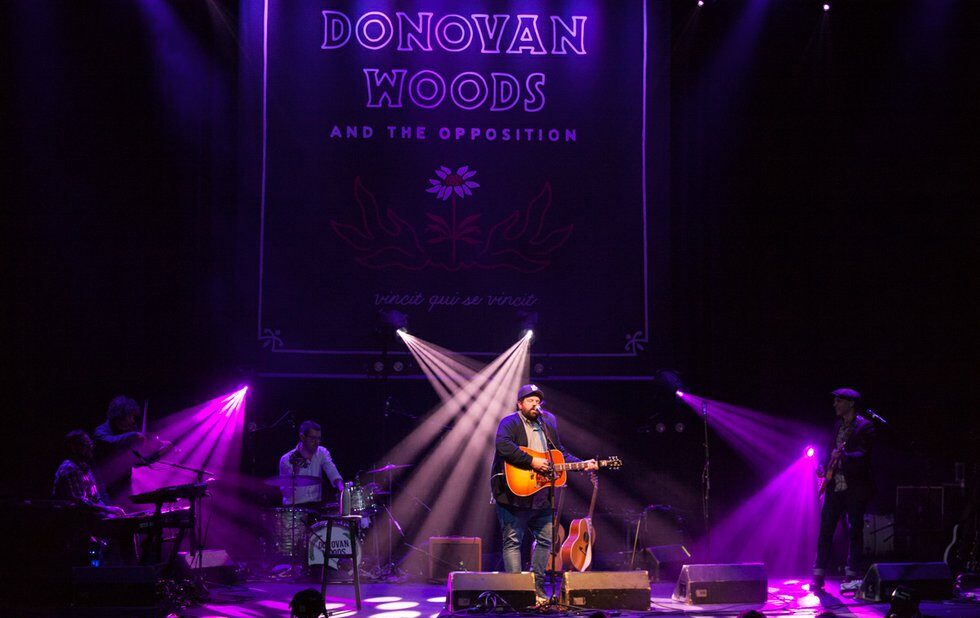 Donovan Woods’s sold-out show was a heartfelt hug to Toronto, two days after tragedy struck the city in the form of a van, driven by a misogynist, running down pedestrians.

A pep talk about multiculturalism being the “thrust and engine of our everyday life” wasn’t what I expected from Woods, who is packaged as a country star south of the border, but fits better into a CBC folk musician template at home.

But before starting his set, dressed in a Canadian tuxedo, navy cardigan and a Maple Leafs hat, Sarnia-born Woods talked about how rough this week has been for the city he has called home for 15 years, refuting the idea that multiculturalism is just a hot-button topic, a clear dig at Mayor John Tory, whose first response to the attack was a speech on how multicultural Toronto is.

We can be sad and angry, he said, while still being thoughtful. And what he gave us was a thoughtful set with banter, comedy and beautiful lighting – a comfortable and cozy mood on a cold, wet night.

Starting with Another Way, from the new album Both Ways (released on April 20), Woods, backed by his band the Opposition, let his raspy, subtly sexy voice fill the space with emotion. 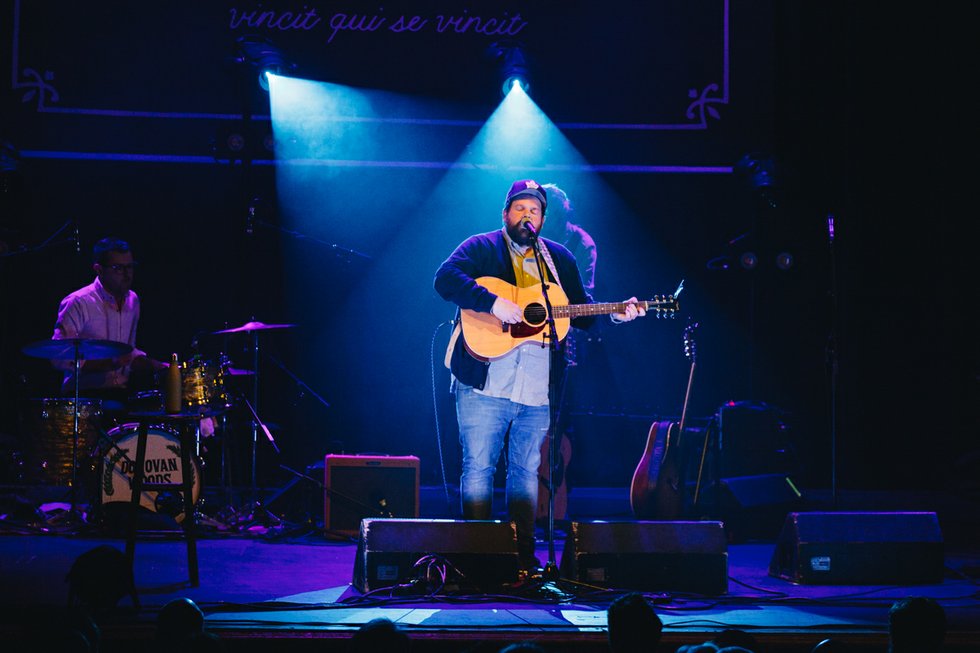 He interspersed hits from previous records with songs from the new album, but also humorously rejected audience requests with suggestions that guests take them off their wish list. He had thought the show out fully.

As a noted mark of progress since his last show in October at Trinity-St. Paul’s Centre, he introduced his new $2,000 stage banner. He explained the design and text which includes a Latin phrase at the bottom, which he joked translates into Sarnia’s slogan – “Let’s go to Boston Pizza afterwards.” Deprecating his small town origin? Sounds like a Toronto thing.

His candour and charisma held the crowd’s attention throughout, even talking about the night’s “sporty state of mind” and frequently asking for updates on the Raptors’ and Leafs’ score, along with “whatever the soccer team’s called?” On a night when Torontonians could have been watching either of these games (they were all pivotal playoff matches), they had chosen to fill the Danforth Music Hall and for this he was grateful.

While the idea of multiculturalism – synonymous with the city, as Woods said at the beginning of the show – was not reflected in the audience, Toronto was represented in the feeling Woods created. I am often only one of a handful of visibly queer people of colour at country and folk music shows, and I reject the commonly held idea of multiculturalism, which deems us to be different colours of the same thing – we are not, we are different colours and different things – and yet I felt overtaken by emotion and a sense of pride for this grieving city.

Woods explained the meaning of his songs (Burn That Bridge is about his divorce), who they’re about (mostly friends) and where they were written (What They Mean was written on a private jet owned by Lady Antebellum’s Charles Kelley, flying over the Grand Canyon).

There were dad jokes, royal baby jokes. There was a band break, “a union thing.” There was a lot of laughter about Toronto things. 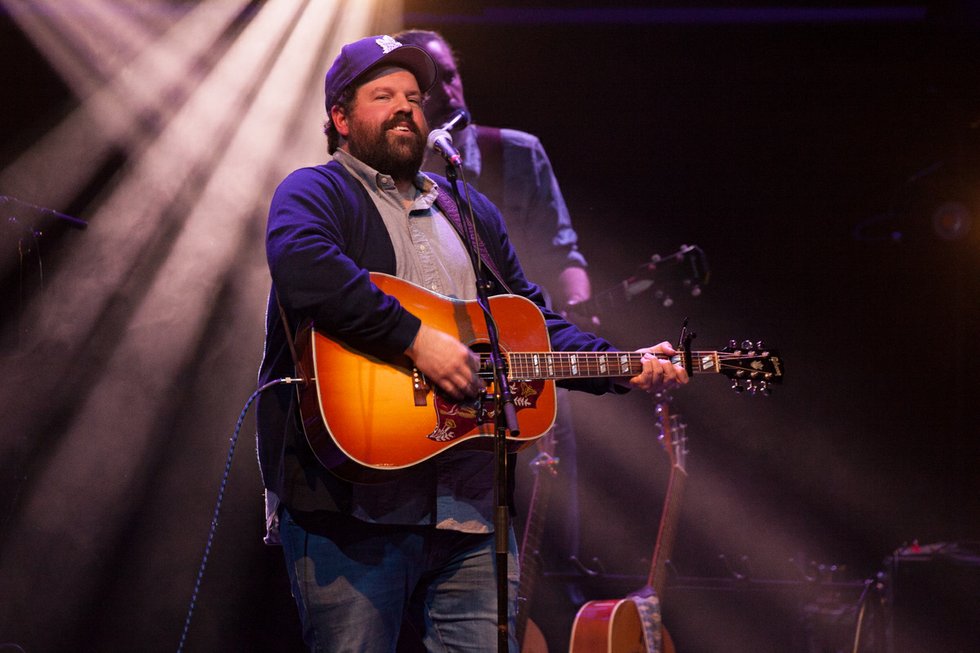 Woods invited Devan Glover of opening band Wild Rivers onstage for the song Easy Street. And in flew Rose Cousins to duet on I Ain’t Ever Loved No One, as she does on the album. All the hometown heroes.

Before doing “that thing” (cheering for an encore), the set ended with What Kind Of Loves Is That? From his 2016’s Hard Settle, Ain’t Troubled, which prompted a well-earned standing ovation. The band returned to play The Worst Way and Next Year and then left us with a hopeful message: “take care of each other.”