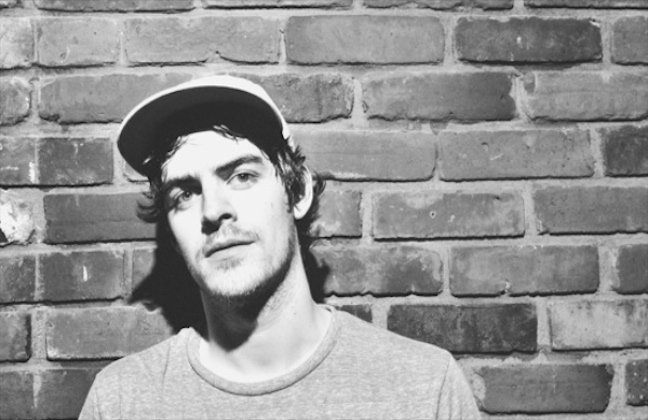 The Drake Hotel’s Sky Yard, Lounge and Underground filled up quickly on New Year’s Eve as partiers devoured platters of salmon sushi, freshly shucked oysters and lobster nachos while waiting for the performances to begin.

Hosted by Collectif NUDE and People’s Champ Management, the Headlines New Year’s Eve party, which took place on all three levels of the Drake, boasted a stacked lineup of local musicians – Ryan Hemsworth, Sean Leon, Jimmy Prime and Chippy Nonstop, to name just a few – alongside copious amounts of food and drink. Save for a few forgivable mistakes, it mostly delivered on its promises.

Maddee kicked the night off with bellowing, Adele-like vocals and a jazzy two-piece band. She’s only 20 years old, and her elegance and captivating stage presence made it easy to see why she’s considered one of the city’s most promising young musical talents.

Meanwhile, Ganbei set the tone at the Drake Underground with a curated trap playlist of Blueface and YG as Chippy Nonstop and Young Teesh played a selection of bouncy club tracks to keep the dance vibes flowing upstairs. Unfortunately, the Sky Yard’s sound system wasn’t equipped to handle the packed room’s noise level, making it difficult to hear much of the music being played. At points it felt like the upstairs DJs had been put there for decoration instead of providing any real spins. Luckily the Lounge and Underground provided more than enough to listen to, as DJs like Taima and new.wav kept the crowd warm with a perfect mix of throwback hip-hop and R&B and encouraged partiers to get up and twerk onstage.

The party got better after 11 when G Milla and Teddy Fantum of hip-hop duo Hard to Kill took the basement stage. Hardly anyone rapped along as they performed songs from their debut album, but the high-energy pair still managed to get people dancing while others rushed downstairs to catch a glimpse of the show.

Pop-rap duo MONEYPHONE performed upstairs at the same time, making it difficult to choose who to watch. Within minutes it became clear that no matter which room you chose to stand in, you were going to feel like you were missing something. And while having too many exciting acts on a lineup is hardly a bad thing, it drenched the New Year’s party in nervous energy. Everyone seemed to be suffering from a case of musical FOMO no matter how many glasses of champagne they drank, and pockets of partiers crowded the stairwell all night trying to move between rooms just to leave again once they arrived.

The anxious pacing continued into the new year as Sean Leon led the countdown into 2019 upstairs while Jimmy Prime delivered the performance of the night below. Prime performed the first verse of Smoke Dawg’s Trap House in a heartfelt tribute to the late Toronto rapper alongside fellow Halal Gang member Puffy L’z. He went on to deliver electric renditions of Humana and Full Circle before finishing his set by letting Young Smoke’s single Days By Da Rabba play uninterrupted. Made in tribute to his older brother Smoke Dawg, Young Smoke’s voice echoed through the basement, serving as a sad reminder of the gaping hole the rapper’s death left in the city’s hip-hop community.

But the party ended on a celebratory note as Ryan Hemsworth closed out the show with his signature mix of globetrotting pop and hip-hop. And many of the other artists, finished performing for the night, joined the crowd to dance and swig Hennessey from the bottle. It was a night to remember, even if the Hennessey made some of the details easy to forget.